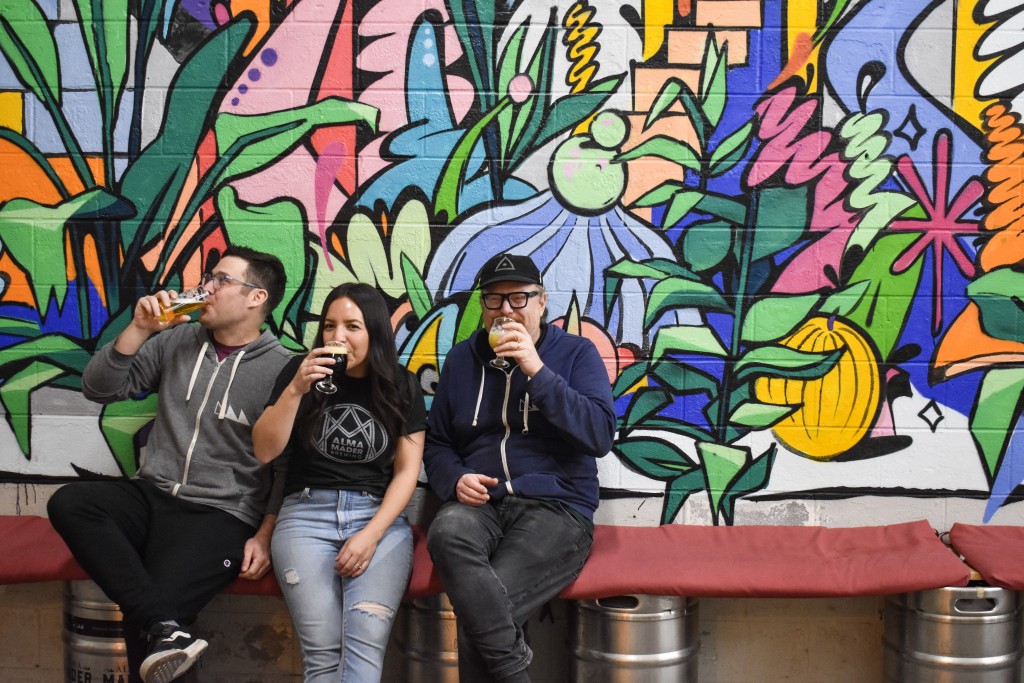 While doom-scrolling Facebook we encountered a post on a private brewing industry group page—the sort of place that insiders haunt, looking for the next big thing. Amanda Burkemper, a Beer Judge Certification Program Grand Master, had some more-than-kind words to share about a lesser-known treasure in our midst.

“We are so spoiled,” she posted. “We have a near-perfect example of a Czech Dark Lager available locally? May as well be a BJCP classic example. Go get you some Alma Mader Contextual.”

Alma Mader Brewing (2635 Southwest Blvd) has been open for three years now. The husband-wife ownership team of Tania and Nick Mader built it together. Nick has several years of professional brewing under his belt, working alongside Crooked Stave in Colorado, and within Fremont’s section of Seattle.

In 2018, the couple was inspired to launch their own brewery in Kansas City. Welcome to Alma Mader.

The team is small, with only four full-time workers. Tania, who recently quit her day job to work full time at the brewery, runs the taproom and is usually behind the bar. Nick, Michael Reynolds, and Riley Wetzel are in the brewhouse—conjuring up their tasty lagers, pilsners, and the like.

Contextual, the aforementioned Czech Dark Lager, is a light 4.6% abv smooth, flavorful lager. A typical lager is a golden, clear beer with a nice foamy head. In contrast, Contextual is darker, with toasted granola and a slight sweetness flavor. Inspired by the Tmavý lagers in the Czech Republic, it includes imported ingredients to ensure it is executed correctly.

This beer scored a 95/100 on BeerandBrewing.com by a panel of certified judges. 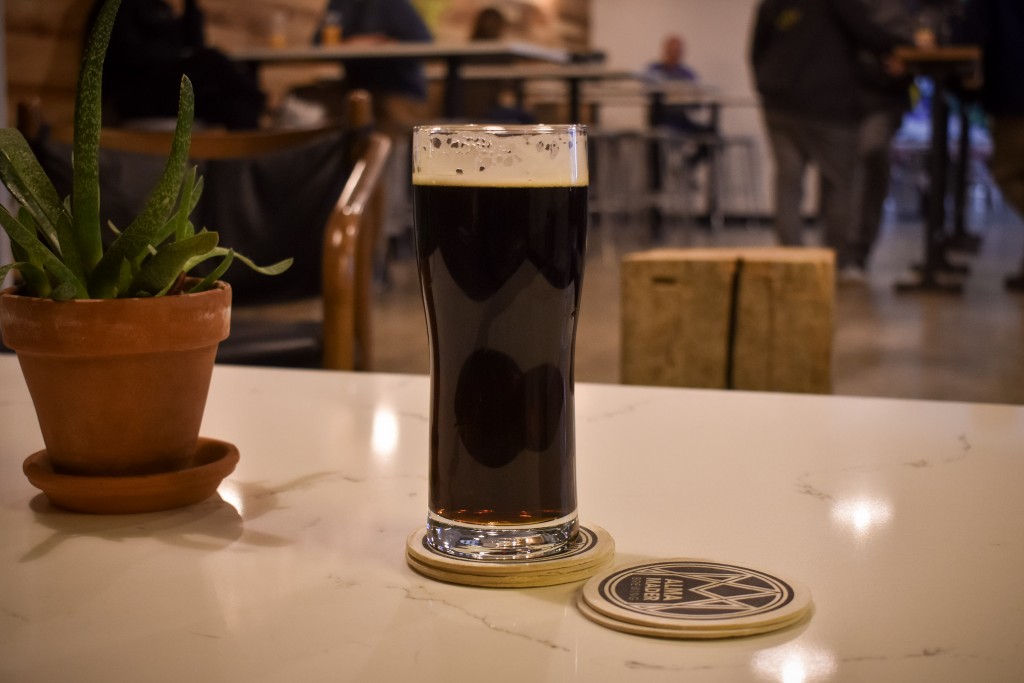 The Contextual brew from Alma Mader. // Photo by Alana Broyles

This isn’t the first concoction from Alma Mader that has received high scores around the international scene. Premiant (a Czech-style Pilsner) rocks a 98/100 score, and Breezecatcher (a New England-style Double IPA) also nailed a 98/100.

Internationally, Alma Mader is putting us on the map by challenging what the world thinks American brewers can accomplish.

Since opening in 2019, they have had crossover brews with BKS (KCMO), Crooked Stave, Fremont, Central Standard Brewing (Wichita), and Free State Brewing (Lawrence).

Michael promises that even bigger collabs await the brewery, and the city, in the near future.

Not only are Alma Mader’s beers fantastic, but the vibe of the taproom is also undeniably cozy. Between the plants, neon signs, chill music, and a beautiful mural it’s hard to not take it all in from one of their comfy couches.

We’ll be hanging out here with some frequency.