Conrad Dobler showed off his scars at the Super Bowl 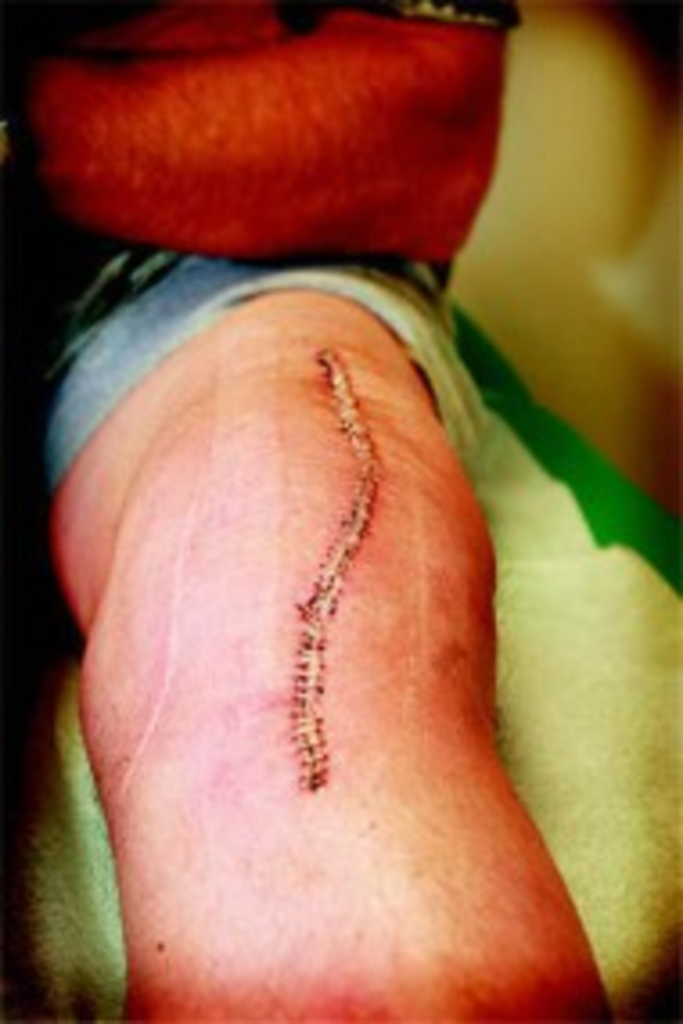 At the Super Bowl, former professional football player Conrad Dobler pulled on a pair of shorts to make a point.

Dobler, who toiled for ten seasons in the NFL, is now an advocate for retired players. As The Pitch‘s Justin Kendall reported in a 2007 story, Dobler, from his home in Kansas City, pushes the league and the players

In Miami, Dobler left his pants in his closet because he wanted people to see his knees. Dobler has had nine knee replacements since his playing days ended in 1981.

“The players of today may look at us as whiners, as people who blew their fortunes,” Dobler told King. “But all I can say to players who say that is: You will be us. Study history. You will us someday.”