Congressman Jerry Moran complains about government spending, but his district would dry up without it 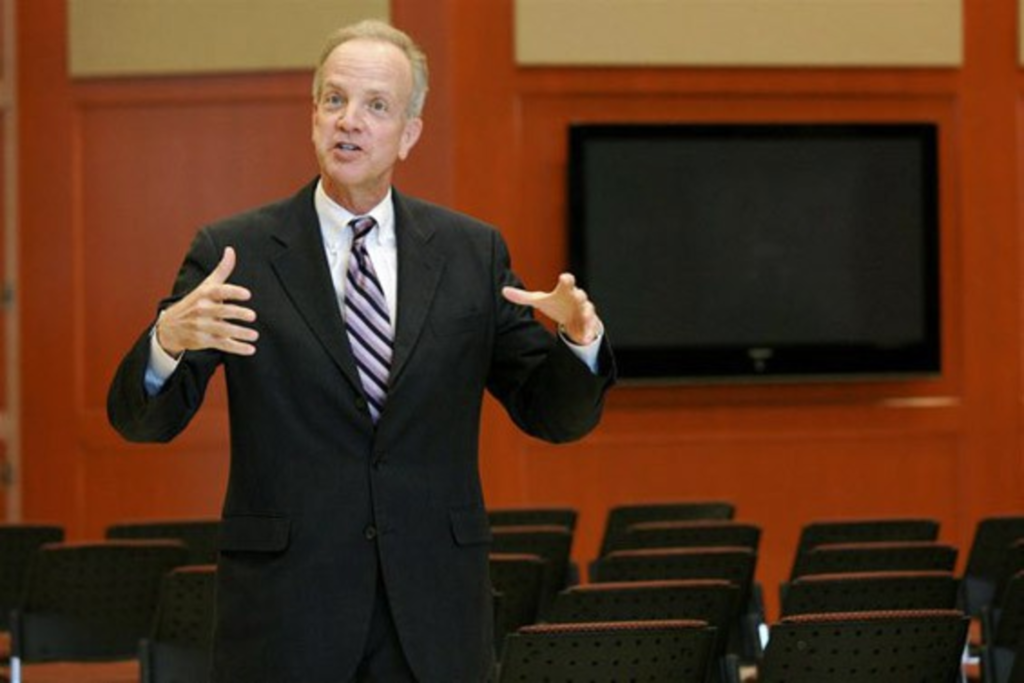 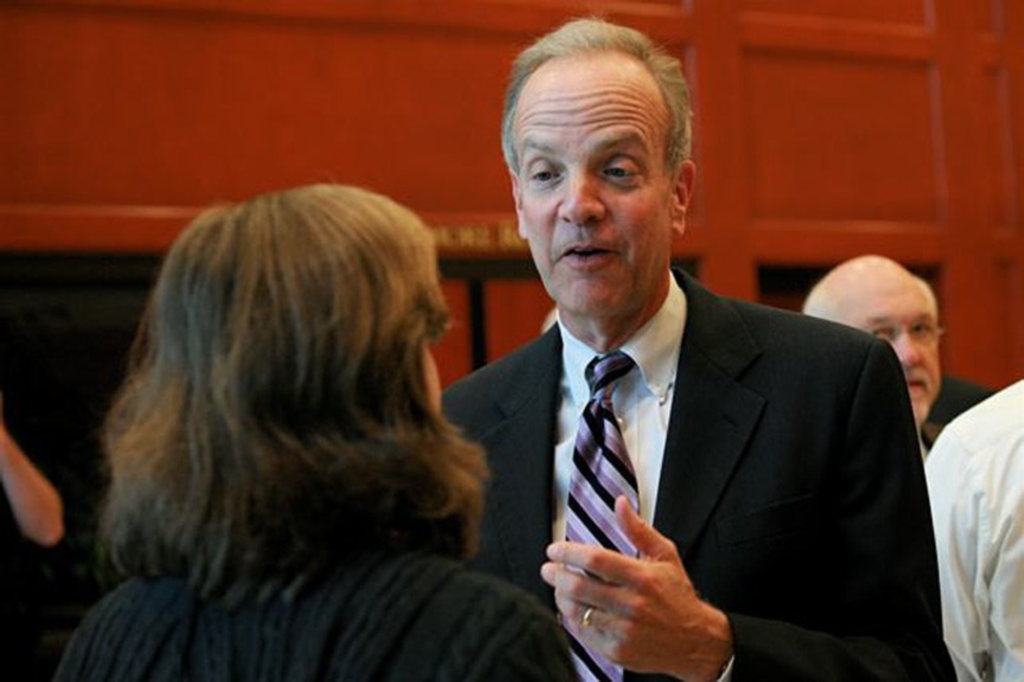 One day he’s railing about “wasteful and egregious earmarks.” The next, he’s suggesting that Obamacare will burden people who have low and middle incomes — the very people the bill is designed to help.

In any event, the message seldom changes. “[C]annot spend our kids’ $!,” Moran exclaimed in a tweet last week.

Moran, a Republican, wants to be a U.S. senator. He was elected to the U.S. House in 1996. But to hear him tell it, he’s as removed from the political process as a man encased in a block of ice. In a recent blog entry, he spat the word Washington eight times in eight sentences.

All things considered, though, Washington has been awfully good to Kansas. In fact, the western part of the state, which Moran represents, might blow away without assistance from the nation’s capital.

Moran’s district, which is known as the Big First, cashes in on farm subsidies — $8.8 billion from 1995 to 2009, according to the according to the Environmental Working Group, a nonprofit research organization.

Think $8.8 billion sounds like a lot of money? It is. Were it not for a few scattered wheat farms in North Dakota, Moran’s district would lead the nation in payouts from the U.S. Department of Agriculture.

Let that sink in for a moment. A candidate who calls federal spending “reckless” at every opportunity represents a portion of the country that would become virtually uninhabitable without it.

Moran is trying to paint a different reality. In a recent blog entry, he described Kansans as “self-reliant.”

It’s a nice thing to say. It’s also not true. From 1982 to 2005, Kansas received more in federal spending than it paid. The state is a welfare recipient masquerading as a frontiersman.

Moran hopes to replace U.S. Sen. Sam Brownback, who is running for governor. Another Republican congressman, Todd Tiahrt, wants the job, too. Both men are conservatives. They’re spending the months leading up to the August primary splitting the hairs
in each other’s voting records.

Moran’s camp points out that Tiahrt supported the No Child Left Behind education reform, while Moran did not. Moran also voted against the expansion of Medicare in 2003. “That’s a conservative vote,” Moran spokesman Dan Conston tells me, drawing a contrast with Tiahrt, who voted for the prescription-drug benefit. “That’s a vote for actual smaller government.”

But what about farm subsidies? Don’t those qualify as bigger government?

As it turns out, no. Farm subsidies are OK because, well, Moran has deigned them to be so. “He’s making the right decisions for Kansas and the country,” Conston says when I ask about the Big First’s dependence on the USDA.

Moran voted against the 2008 farm bill. That was not a stand on the principle of small government, however. At the time, Moran complained about cuts in direct payments to farmers and reductions in crop insurance supports.

Conston says Moran does not support a complete halt of government spending. “There are certain government services that are essential,” he says. Essential services appear to include, among other things, the subsidization of sorghum growing.

Spending on various domestic programs — the U.S. parks system, aid to school districts, Veterans Affairs, the FBI, farm subsidies — represents a substantially smaller portion of the budget today than it did 40 years ago. Entitlement programs hold the big grenades. Medicaid, Medicare and Social Security make up the largest and fastest-growing parts of the federal budget.

As Conston points out, Moran opposed the 2003 Medicare expansion. But in general, the congressman keeps pretty quiet on the subject of entitlements. In some instances, he has allowed them to grow. In 2007, he said “yes” to enlarging the State Children’s Health Insurance Program. He also has pushed for larger Medicare reimbursements to health-care providers in rural areas.

The number of people on Medicare is rising. There will be fewer workers to support them. The math is ugly.

This is not a discussion that Moran wants to have. He needs seniors to vote for him, and seniors like their health care delivered without a lot of talk about Medicare Trust Fund depletion.

So instead, Moran talks tough about earmarks, the practice by which members of Congress award money for projects — big and small, substantive and ridiculous — in their home districts or states.

Moran thinks Tiahrt has been soft on earmarks. They’ve both pursued them — Moran, less so.

In any case, earmarks amount to less than 1 percent of the federal budget. Conston concedes that earmarking represents a “small portion” of the budget. But the symbolism weighs heavily. “It’s about a culture of Washington that is totally broken,” Conston says.

That “broken culture” also spawned the stimulus, the $787 billion package of government spending and tax cuts. Moran voted against it, as did every other Republican in the U.S. House. Moran takes it a step further and equates the stimulus with the reviled bailout of the nation’s financial institutions.

Of course, when the stimulus money began to surface in western Kansas, the congressman did not take offense. On one occasion, Moran sent out a press release to celebrate a grant that the Recovery Act made available to a housing agency in Atwood. To date, the stimulus has awarded the Big First $358 million for various projects. Which teacher’s aide or county road would Moran like to strike from the list of recipients in keeping with his “no bailout” policy?

Running a campaign based largely on the “no” votes he has cast in the past 18 months, Moran leads Tiahrt in the polls.

The big, evil government, meanwhile, continues to bless farmers in the Big First. Nine of the 10 largest recipients of USDA subsidies in Kansas call Jerry Moran their member of Congress.