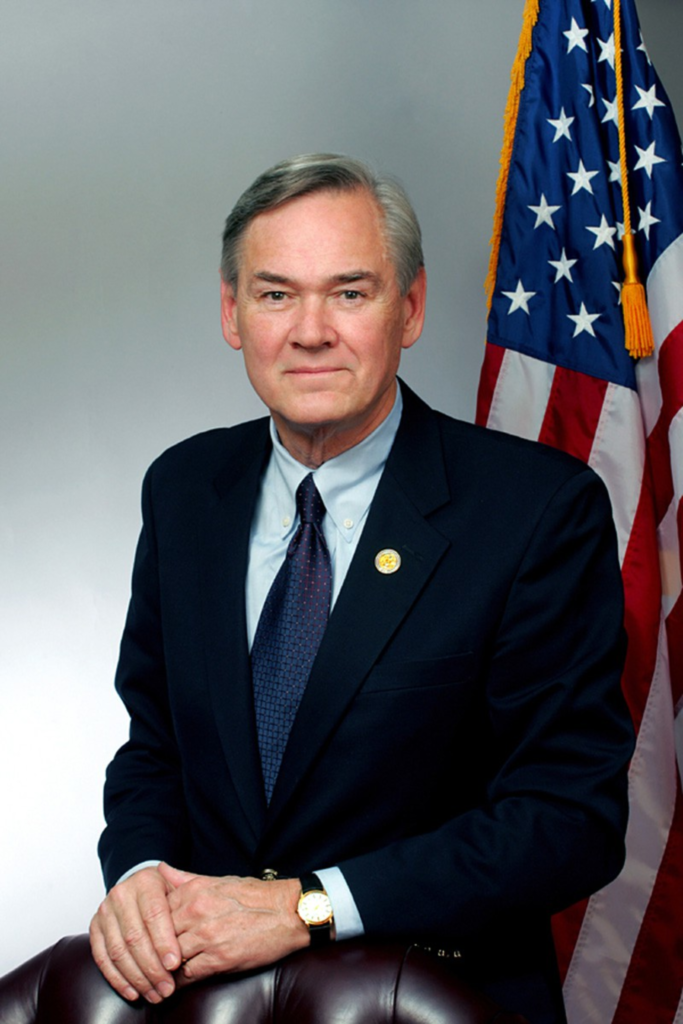 Believe it. Pockets of Johnson County folks were delighted with the outcome of the 2008 presidential election.

The Obama-Biden ticket captured 61.4 percent of the vote in one Fairway ward. Obama won Prairie Village by more than seven percentage points. In Mission, the margin was 20.

Of course, Obama’s popularity did not reach from one end of the county to the other. Leawood went hard for McCain-Palin, as did Olathe.

Prosperous, populous Johnson County is no one’s idea of a Democratic haven. But U.S. Rep. Dennis Moore, a Democrat, has carried Johnson County in every election since 2002. (His district, the 3rd, also covers Wyandotte County and the eastern half of Douglas County.)

Last November came word that Moore would retire at the end of this year. The news stirred Republicans. Several expressed interest in Moore’s seat before the six-term congressman had made an official announcement.

Among Democrats, news of the impending vacancy has created more dread than excitement. In fact, no Democrat with a Johnson County address has come forward to take Moore’s place.

Why is this? The factors include surprise, mathematics and Kathleen Sebelius.

The state’s Democratic establishment hadn’t expected Moore to relinquish his seat in Congress in 2010. “I’m not sure anyone anticipated Dennis would retire,” says Dan Watkins, a Lawrence attorney who advised the Obama campaign. “People were caught a little off-guard,” says state Rep. Paul Davis, another Democrat from Lawrence.

Moore, who is 64 years old, said he was stepping away to make room for a new generation. Nice. But in electing not to run, Moore also avoids a difficult campaign with a potentially embarrassing outcome.

Overall, the 3rd District is fairly conservative. Moore is not — at least not lately. He voted with his party on the stimulus package, health-care reform and a climate-change bill. These initiatives are not very popular, especially in places such as Kansas.

Moore made what seems like a rational decision. He weighed the fun and glitz of a seventh term in Congress against the challenge of defending Obama’s policies, which his district liked just OK in 2008 — that was before the tea parties, death panels and Glenn Beck’s crying bouts.

At this moment, the only name-brand Democrat who’s willing to compete for Moore’s seat is Joe Reardon, mayor of the Unified Government of Wyandotte County. (Carol Marinovich, Reardon’s more decorated predecessor, said last week that she was not a candidate.) But the conventional wisdom says a successful 3rd District candidate needs to reside in Johnson County. That’s where the money is. That’s where the votes are.

Democratic Party officials are hopeful that Reardon will impress voters south of 47th Street, should no one else emerge. They also believe the district’s moderate streak is deep and lasting enough that candidates besides Moore can succeed. “Johnson County voters are open to the best policymaker,” says Tyler Longpine, a Kansas Democratic Party spokesman.

JoCo does seem to be getting less Republican. Davis leads the Democrats in the Kansas House. He notes that six members of his caucus live in Johnson County. Four years ago, only one did.

Still, the math is hard to overcome.

Bob Beatty, a political-science professor at Washburn University, says Democrats across Kansas suffer from a “structural disadvantage.” Close to 50 percent of voters identify as Republican. The other half of the electorate is split evenly between Democrats and independents. “It’s just a great environment for a Republican,” Beatty says.

The numbers make it hard for Democrats to win. The math also thins the talent pool. Beatty says young people in Kansas with political aspirations tend to gravitate to the party with the most built-in support. “What’s the easier path? It’s Republican.”

Sebelius took an easier path of sorts when, in 2006, she chose Mark Parkinson to be her lieutenant governor.

The former chair of the Kansas Republican Party, Parkinson helped Sebelius burnish her nonpartisan credentials. She won a second term in a landslide.

Sebelius convinced Parkinson to switch parties. She did not get him to commit to run for governor, however. A year ago, a few months before Sebelius left Topeka to serve as Obama’s secretary of Health and Human Services, Parkinson said he was not going to be on any ballot in 2010.

Some Democrats are angry that Sebelius did not replace John Moore, her first lieutenant governor, with someone who would use the position to win a future election. They see a missed opportunity to lift a fellow Democrat from obscurity.

Beatty notes that former Kansas Gov. John Carlin, a Democrat, picked Tom Docking to be his lieutenant before winning a second term in 1982. Docking ran for governor four years later and nearly won. “It was a good plan,” Beatty says.

Though determined to position herself as an independent who operates above the fray, Sebelius had tried at times to nurture her party. She encouraged a Topeka neighbor, Laura Kelly, to run for state Senate in 2004. Kelly won. In October, Kelly announced that she would challenge Rep. Lynn Jenkins, a Republican representing Kansas’ 2nd District in Congress. But by the end of the year, Kelly had withdrawn from the race.

Beatty says Sebelius could have decided to stay in Kansas and build the party, but that would have been asking a lot. Even as a popular governor, Sebelius was not able to increase Democratic Party affiliation.

Sebelius, Beatty says, was always aware of how far she could go as a Democrat without losing her reputation for centrism. He says her approval numbers went down when she began talking about roles she might play in an Obama administration.

In any event, the Democrats look like a pretty sad club heading into the 2010 election.

The leading Democratic candidate for governor, pharmaceutical executive Tom Wiggans — who hadn’t lived in Kansas for several years before announcing his candidacy in October 2009 — dropped out of the race after just one month. No one appears to have the stomach for running against Republican Sam Brownback, who is leaving the U.S. Senate.

The likely Democratic candidate for secretary of state, Chris Biggs, has raised only $1,400.

One Democrat is making noise. Raj Goyle, a state representative from Wichita, is raising a bunch of money in the hopes of recapturing the 4th Congressional District seat. Republican Todd Tiahrt, who is running for Brownback’s Senate seat, has represented the 4th since knocking off Dan Glickman in 1994. Goyle’s determination recently prompted CQ Politics to change its outlook on the race from “safe Republican” to “likely Republican.”

Running for Congress is a pain in the ass. It requires that candidates spend a lot of hours in a stale room, calling potential donors for money. Victory means having to do it again two years later.

For Kansas Democrats, the challenge is twofold because of the state’s inherent conservatism. “Even if you win, you’ve got to fight like heck to keep the seat,” Beatty says.

Nancy Boyda provides a cautionary tale. In 2006, riding a wave of anger against Republicans, Boyda defeated the 2nd District incumbent Jim Ryun. Boyda poured her heart, her soul and her own money into the race.

But in 2008, 2nd District voters decided to return a Republican to Washington. Jenkins beat Boyda, 51 percent to 46 percent, roughly the same margin by which Boyda had beaten Ryun.

The Democrat who tries to take Dennis Moore’s place will be running in an even tougher environment than Boyda did in 2008. Candidates might need to be the types of people who consider losing to be a character-building exercise.