Local health officials say they’re still waiting on guidance from the state on how to interpret a recent court ruling, and one health department requested to intervene in the case. 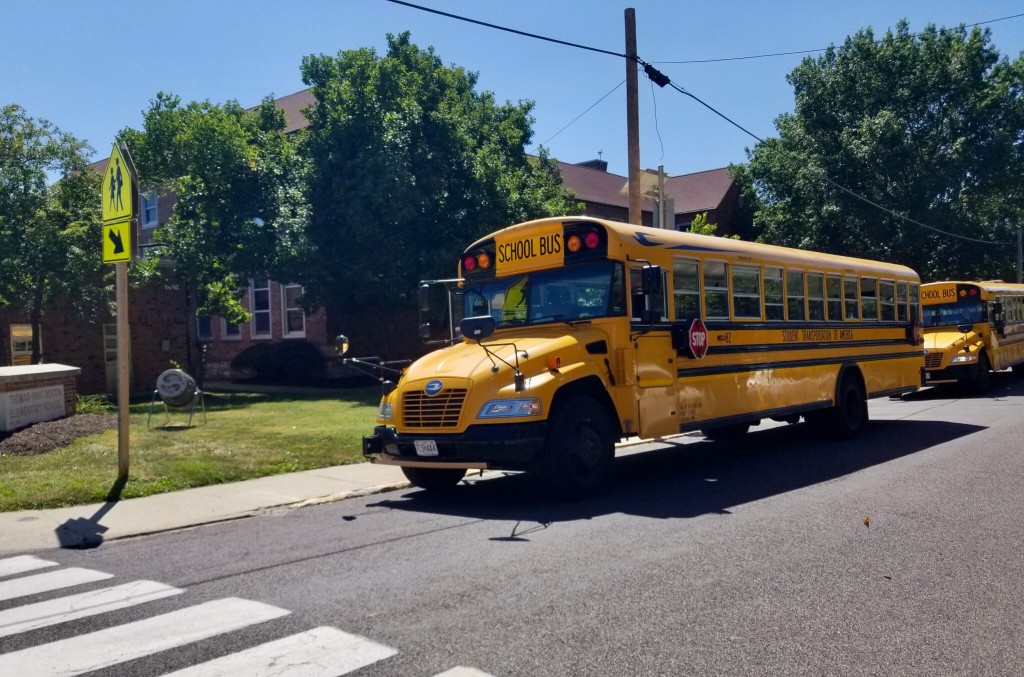 As a growing number of Missouri school districts drop COVID mitigation measures under threat from Attorney General Eric Schmitt, at least two closed the doors on their fall semester early due to large numbers of staff and students out sick.

Meanwhile, local public health departments said Tuesday they still have not heard from the state Department of Health and Senior Services on how to interpret a recent court ruling that has wrought confusion over their ability to monitor and contain the spread of COVID-19.

“We’re just kind of floating in this big ocean, all of us in a boat by ourselves, just trying to decide how we’re going to navigate these waters,” said Audrey Gough, administrator of the Shelby County Health Department, later adding:  “There’s been just so much miscommunication and so much unknown, and we’re standing here holding a bag and hoping that it doesn’t blow up in our face.”

Since Green’s ruling, more than a dozen health departments have halted aspects of their work to mitigate the spread of the coronavirus and numerous school boards have voted to allow COVID protocols, like mask mandates, to expire, while others faced protests from parents for keeping them for now.

Despite the state health department’s request to appeal Green’s ruling, Schmitt has refused and has sent cease and desist letters to school districts and health departments, warned of future litigation if they fail to comply immediately and set up an inbox for parents to send complaints about districts continuing mitigation measures.

On Monday, the counties of Jackson and St. Louis filed a motion seeking to intervene and appeal Green’s ruling or request a new trial.

On Tuesday, the counties were joined by Melanie Hutton, the administrator of the Cooper County Public Health Center in central Missouri, who also filed a request to intervene in the case and that Green’s ruling be vacated.

Cooper County Public Health Center wrote in its court filing, which was obtained by The Independent, that “the apparent misinterpretation of the scope and applicability” by the attorney general has called into question the health center’s ability to issue health orders under other provisions of state law, whether its prior health regulations are lawful and whether it was Green’s intent that his ruling “render null and void all county health orders.”

With multiple motions to intervene, Green said oral arguments will be held in the case if all parties agree, according to court records.

The South Nodaway R-IV Board of Education in Barnard in northwest Missouri voted Monday night to cancel class for the rest of the fall semester due to staff shortages caused by COVID-19. Students will return a day early from winter break, the Maryville Daily Forum reported.

Last week, the district’s superintendent and administrators helped prepare and serve food due to shortages among cafeteria staff, The Forum reported.

Skoglund wrote that the district believes in-person learning is the best option and it intends to reschedule the missed days when more students can attend.

“It is our hope that the additional time away from school will promote wellness and recovery for those staff, students and community members dealing with illness and allow them to celebrate the holiday with their families,” he wrote.

According to a state hotspot map of COVID cases, over the last two weeks Nodaway County has seen one of the largest amounts of new cases per capita compared to other counties across the state.

Nodaway County, with a little over 22,000 people, has the state’s fifth-highest per capita coronavirus infection rate since Nov. 1, with 295 cases reported this month after 458 in November, according to state health department data.

The Polo R-VII School District in Caldwell County outside of Kansas City informed families Monday that “due to the large capacity of illness” its elementary and middle schools were experiencing, the district’s holiday break would begin a day early on Thursday, rather than Friday afternoon.

The infection rate in Caldwell County, with a little over 9,000 people, has been about half the rate in Nodaway County since Nov. 1. The county has had 66 cases this month, almost equal to the 72 it had for the full month of November.

“I do realize that sudden schedule changes are not ideal and I truly do appreciate how flexible you have been with each other and our school district,” Superintendent Kyle Ross wrote to parents in a message the district posted on Facebook.

Less than a week ago, the district sent a letter to parents informing them that due to Green’s ruling, health departments would only be able to recommend close contacts exposed to the virus quarantine, and could not require it.

While the district will continue to notify parents if their children were exposed to a positive case, ultimately it would be the parents’ choice to keep them at home or send them to school, Ross wrote in a Dec. 8 letter.

Ross could not immediately be reached for comment Tuesday.

Tracy Carman, administrator of the Caldwell County Health Department, said she couldn’t speak to the district’s decision. However, she said her health department is among those who are no longer contact tracing for local school districts or the public, and that the department’s ability to order quarantines is in question.

A growing number of health departments have said that without guidance from DHSS and in light of Schmitt’s enforcement of the order, they will be ceasing their COVID work.

A regular DHSS call with local public health agencies scheduled for Tuesday was canceled, both Carman and Gough said, adding they were informed they won’t hear from the state health department until toward the end of the month

A spokeswoman for DHSS has not responded to requests for comment this week.

“It’s extremely frustrating,” Carman said of the lack of guidance from the state, later adding: “We’re just as confused as everyone else.”

Gough said her health department has not stopped its COVID-related work, pointing to a provision in state law that county health center boards may issue regulations to prevent the spread of infectious disease in their county. The department has also previously worked with schools and local businesses to recommend quarantines, not demand them, Gough said.

Gough said it’s frightening to see other public health departments abandon their COVID-related work, and worried it would lead to a domino effect by putting pressure on hospitals if COVID cases rise if mitigation measures aren’t used.

Based on Green’s ruling, health department administrators worried their hands are tied when it comes to responding to other infectious diseases.

“This isn’t just related to COVID. This is related to any communicable disease,” Carman said. “If we have an outbreak of the measles next, are our hands tied so that we can’t quarantine people who have the measles?”

Gough questioned why authority public health departments have had for decades, was suddenly deemed unconstitutional, in a state which has upheld a mantra of local control when it comes to both health orders and decision on school reopenings amid the pandemic.

“Never would I have thought in 35 years that I would feel belittled by a state elected official,” Gough said, “because I did my job to protect lives and protect our community — during a pandemic, much less.”

In recent days, more than half a dozen school districts have chosen to soon scale back or rescind aspects of their COVID mitigation policies, including in the Kansas City area, St. Louis area, Franklin County and Columbia.

Chris Nuelle, a spokesman for the attorney general’s office, said Tuesday that the office is pleased with the Columbia Board of Education’s decision to have its mask requirement end when students return from winter break Jan. 4. The attorney general’s office has an ongoing lawsuit against the district’s mask mandate, and “we will be evaluating our case moving forward,” Nuelle said.

Various school districts have also pushed back on Schmitt’s demands, arguing they have the authority under state laws and local regulations to keep their mitigation measures in place.

With districts lacking the authority for extended virtual education in response to COVID closures, the South Nodaway District closed schools for two days earlier this fall. At the time, 25% of all students, including half of seventh through 12th graders, were absent due to quarantine or illness.

Despite districts once again canceling class due to large numbers of students out sick, on Tuesday Mallory McGowin, a spokeswoman for the Department of Elementary and Secondary Education, said the department does not have plans to change the approach for claiming attendance, “but will continue to monitor the situation.”

McGowin noted schools may offer remote learning opportunities for students for up to 36 hours, and if that option is not available, they can make up days later in the year to meet the required hours of instruction.

The Independent’s Rebecca Rivas contributed to this story.