As Valient Thorr set up before their set at the Jackpot Friday night, my friends Jason and Mike stood in front of the stage chanting the following: “P-A-R-T-Y, WE DON’T NEED NO ALIBI! WE PARTY! HEY, HEY, WE PARTY!” 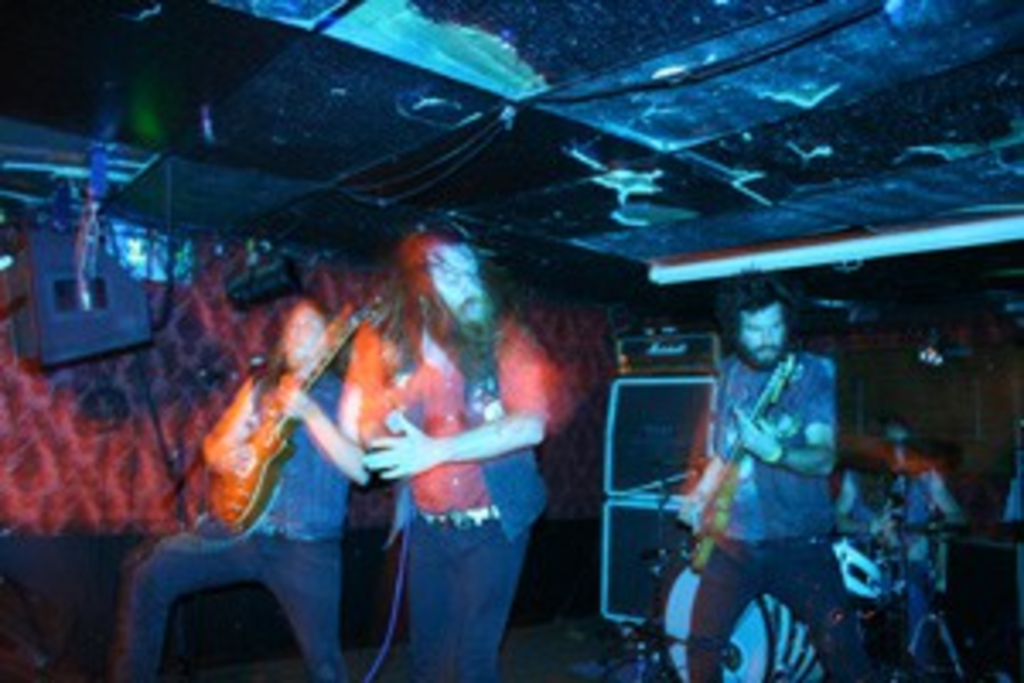 Sadly, it didn’t catch on, but one can dream of an entire bar, packed with Thorriors chanting that, and it makes for warm fuzzies. As it is, however, Valient Thorr doesn’t inspire half-assedness when it comes to an audience. The crowd at the Jackpot was throwing fists in the air, clapping in time, and headbanging. 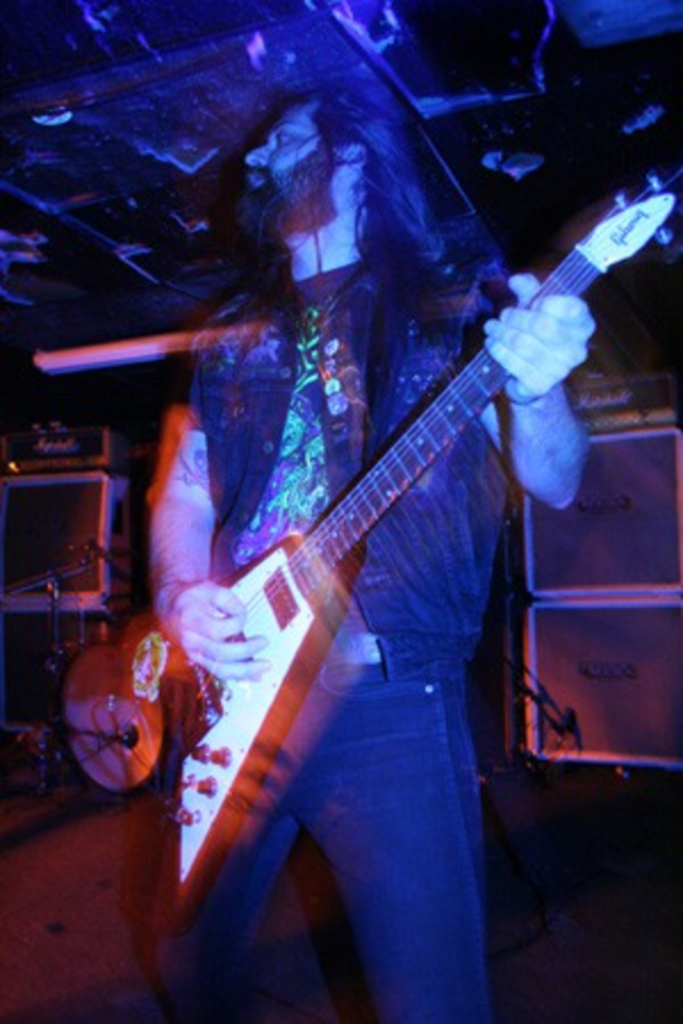 And when I say “headbanging,” I mean headbanging: long hair flying and heads whipping from side to side like the front row of the audience had practiced beforehand. It was the sort of behavior which one never sees anymore, and right in line with what Valient Himself said as he introduced Immortalizer‘s “I Hope the Ghosts of the Dead Haunt Yr Soul Forever”: “Don’t let them think that rocking isn’t your fucking priority.”

The audience was only giving back what it was getting, too. Valient Thorr puts on a show. Valient’s between-song banter is ten times crazier than anything you might find Paul Stanley say on any KISS live album. Plus, the band managed to play with such fervor that a few songs I’d initially dismissed — particularly “Infinite Lives,” a song that compares the war in Iraq to a video game — were given a lot more energy and breadth, leading me to see them in a new light.