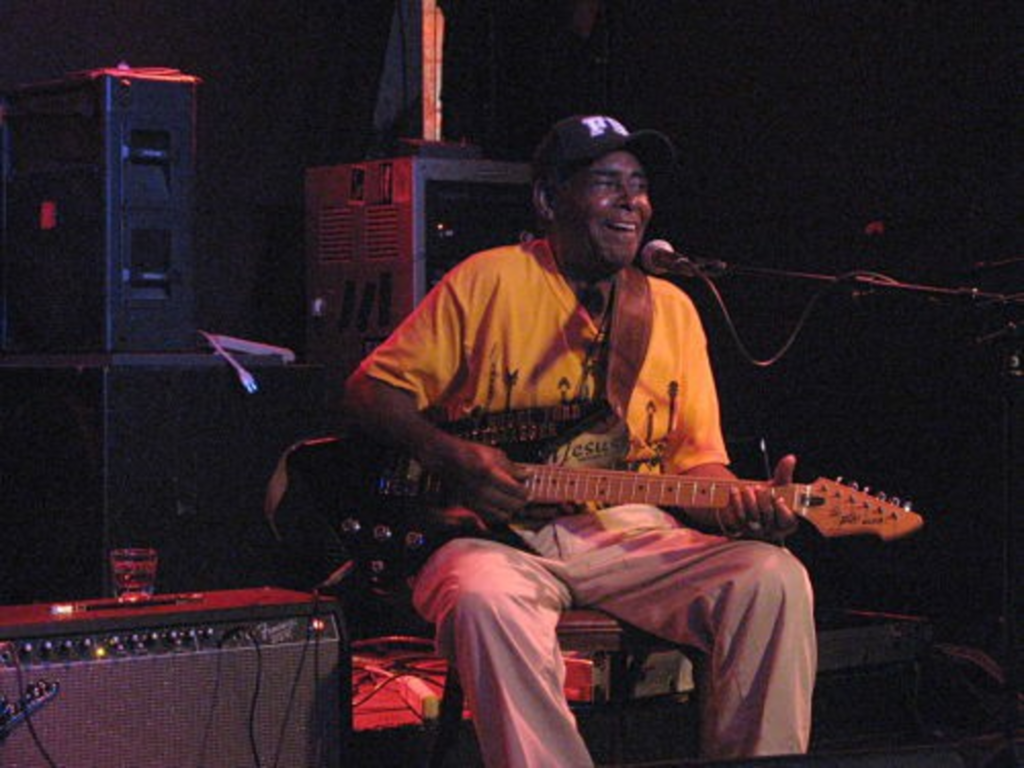 Baby, look what you get if you don’t clown. But if you clownin’, you don’t get a doggone thing.

This, evidently, is the mantra — emphasis on the first syllable — of 89-year-old bluesman T-Model Ford. He uttered some variation of this maxim at the finish of the songs he played during his two-hour set last night at Davey’s Uptown Ramblers Club.

Those words represented a good portion of the lyrical/spoken side of T-Model’s performance. Grinning under an FBI ballcap and holding his guitar in his lap, T let his hands do most of the talking — hands that once held a switchblade that put a man in the ground, and, for two years after that, held pickaxe and shovel on a chain gang. James Lewis Carter Ford is the real deal.