Concert Review: Those Darlins and Spook Lights at the Jackpot 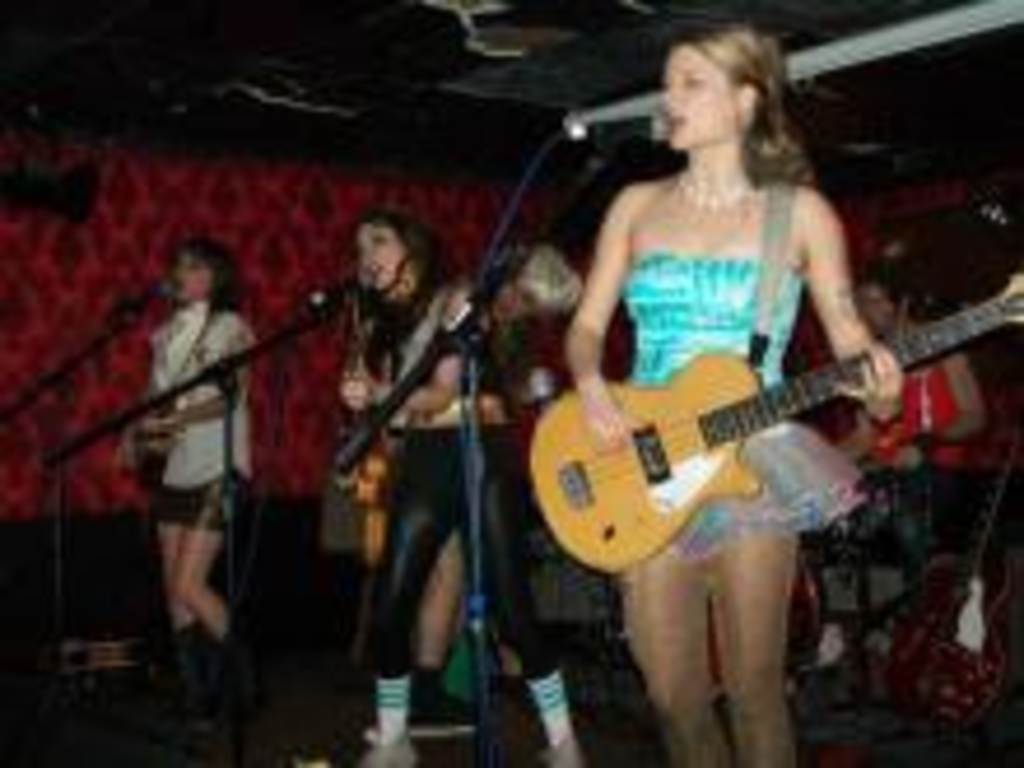 When the headliner bails, it’s a crap shoot as to whether or not the show cobbled together from the remnants will be worth a good goddamn or not. When your headliner is a duo as energetic, exciting, and entertaining as the Kentucky-detained King Khan & BBQ Show, any band trying to please the people expecting them is fighting an uphill battle.

Those Darlins would’ve been a fantastic opener. As a headliner, they leave a little bit to be desired. I’d not been particularly entertained by their self-titled debut, finding the blend of country and Vivian Girls lo-fi garage a better idea than actuality. On that album, I’d been able to enjoy about one song before getting bored and uninterested. Live, the band was able to hold my attention for about two songs — three, if you count the solo number crooned by the gentleman sporting an evening gown and five o’clock shadow the rest of the band called “mom.”

Part of the problem may have been the fact that Jessi Darlin has a voice that brings to mind someone like Kasey Chambers. That wouldn’t be a bad idea if they were playing Kasey Chambers’ style of music, keeping everything to a country bomm-chick rhythm. Those Darlins play country-tinged garage at a Ramones pace, however, and yelping that country twang takes the vocal delivery into the realm of Melt Banana annoyance after a little bit.

Now, I don’t want that to take away from the fact that the band is an energetic presence on stage. For the crowd that said, “Fuck it. We’re seein’ a show tonight, I don’t care who’s playing,” the band gave a performance. Bassist Kelley Darlin, clad in leotard and tutu, was bouncing around like a five year old on too much sugar, and the enthusiasm of the band is evident. While the Vivian Girls comparisons pretty much evaporate once the band takes the stage (Those Darlins move around, for one), the band is still lacking some definition in their songs. Everything’s played in the same tempo, with one song bleeding into another, to the point where I probably couldn’t tell you what songs they played with a lyric sheet and full video of the show.

Let’s just put it this way: if you put three attractive young women in tight outfits on stage, and have the rather busty bass player jump up and down for the entire set, and I’m still having trouble finding anything interesting in the band, you might want to mix things up a little bit.

Those Darlins at the Jackpot 11/13/09 from Nick Spacek on Vimeo.