Concert Review: The Spook Lights / The Black Hollies / NASCAR at the Jackpot 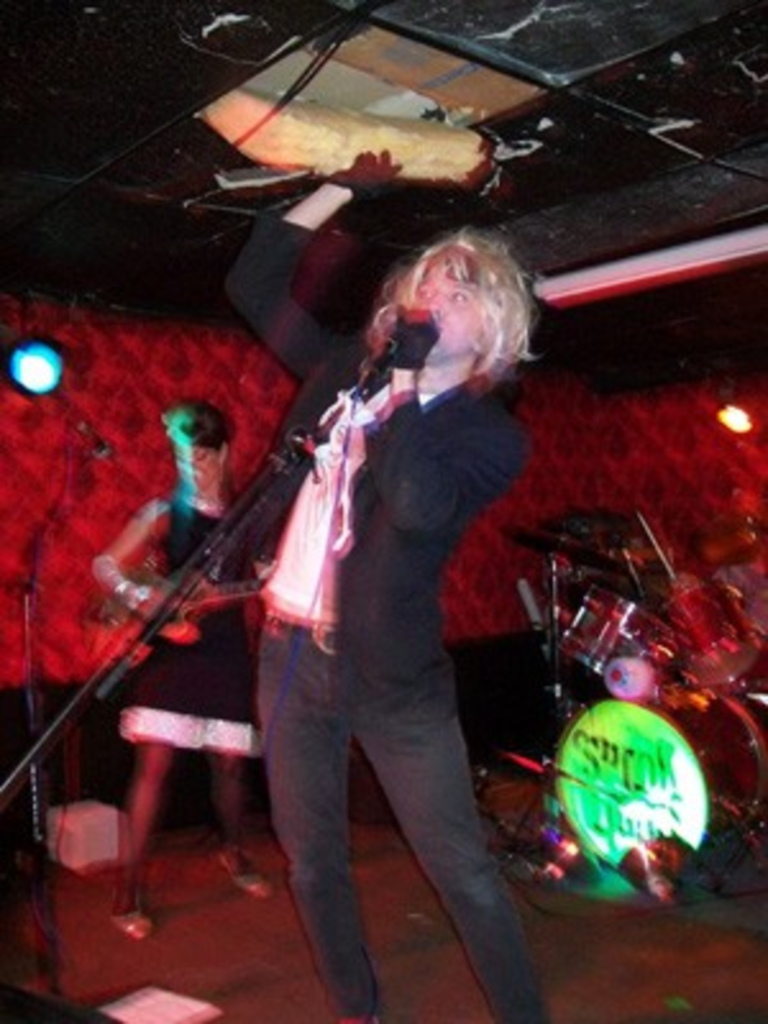 Despite the possibility of impending awful weather, a decently-sized crowd gathered at the Jackpot last night for full-on garage rocking. Now, a little garage goes a long way, so it was thankful that the three acts who graced the stage all offered something different.

Lawrence’s own the Spook Lights ended up headlining, despite everyone and their mothers thinking they’d be playing after the Black Hollies. Some things got switched around, and the Black Hollies ended up going on second. Whatever. It’s unfortunate that the Spook Lights had to play to a crowd that dispersed a bit before their set, because they sounded the best I’ve ever seen them. The band has had its ups and downs. They’re on their third drummer, and recently added a bass and keyboard player in the person of Ms. Zepellina Mystery. All the kinks have been worked out, and the Spook Lights now sound like a completely new band.

Everyone who stuck around got a great show, and it was evident from the crowd in front of the stage that everyone still there at 12:45 was there for the Spook Lights. The band’s blend of Cramps fuzz and B-movie lyrics have only gotten better, and now that they’ve got the option of bass or keys on some tunes, the songs have an added depth and range that wasn’t there with the two-guitar-and-drums setup. Songs that tenuously held together before were imbued with a new vigor. For instance, there was a freak out breakdown during “Scarum Harum” that gave the song new life, although that was nothing compared to the breath of fresh air the keyboard gave to by-now-standard “Teenage Maniac.”