Concert Review: The Crystal Method, 6/10/09, at the Beaumont 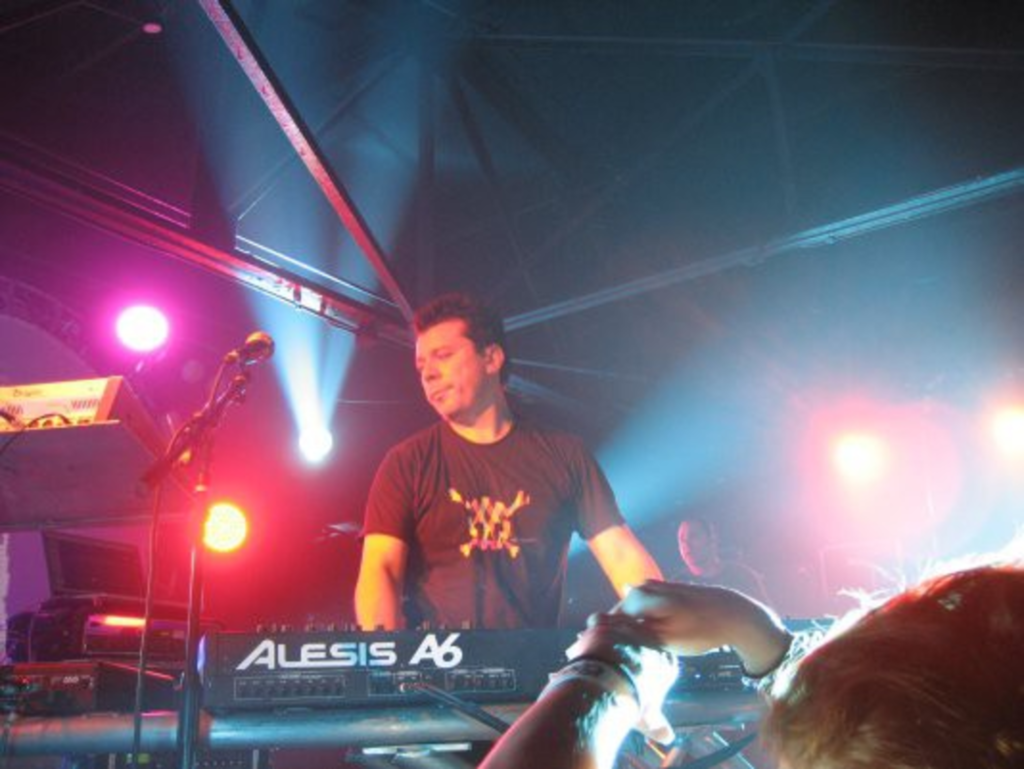 A glance to the left reveals a gentleman with a sudden urge to robot dance. To the right, a 40-something woman clad in leopard print squeezes her massive tits and bobs around happily. A vampire wannabe in a trenchcoat lurks near the bar, thirsty for victims but distracted by pulsating beats emanating from the stage. Not far ahead, a swirling assemblage of people lose control of their bodies. All are seduced by the force that is the Crystal Method.

Made up of partners Ken Jordan and Scott Kirkland, this electronic twosome released its fourth album, Divided by Night, on May 12 of this year. It features a smattering of guest artists such as Peter Hook of New Order, Matisyahu, and Justin Warfield of She Wants Revenge, to name a few. Formed in the early 1990s, the Crystal Method quickly gained popularity in L.A.’s rave scene. Their debut LP, Vegas, made them one of the best-selling electronic bands in the U.S. The success didn’t stop there, as they continued to draw fans with Tweekend (2001) and Legion of Boom (2004). A unique fusion of rock, hip-hop, soul and pop, there seems to be something for everyone — hence the variety of people at this show at the Beaumont.