Concert Review: the Creature Comforts reunion at the Record Bar 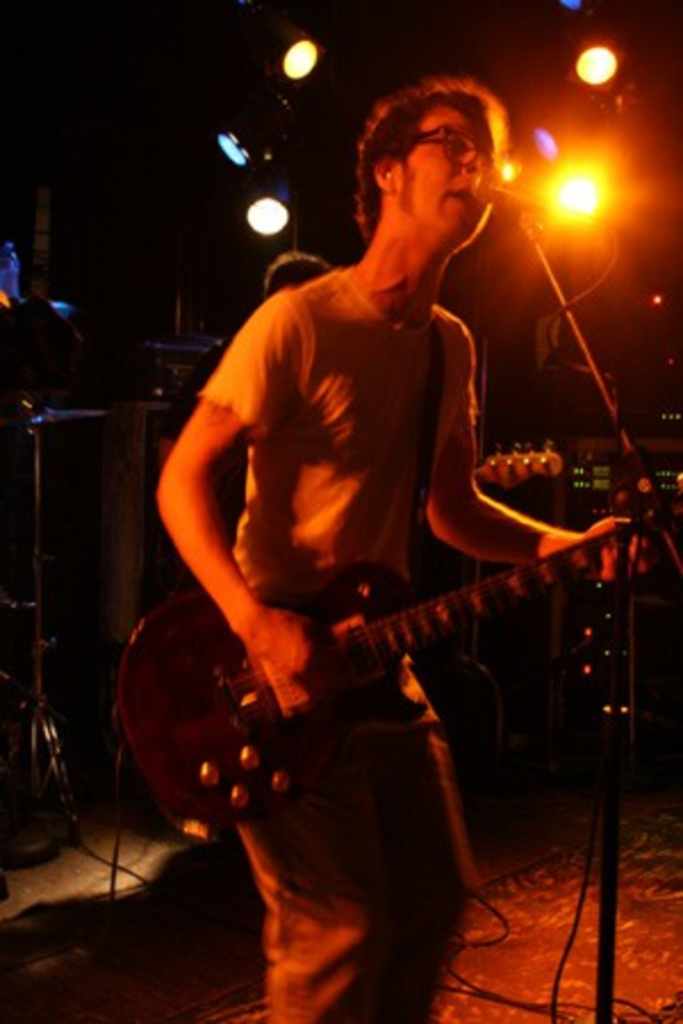 And it didn’t disappoint. Jason Sudeikis intro’d the band, unzipped his hoodie to reveal a Creature Comforts shirt, and the band took the stage like they’d never left. JD, Chris, Brian, and Billy opened with “Question/Answer,” which is a pretty great start to a show. It starts out with strummed guitar and softly spoken / sung lyrics, and quickly builds to some rocking. After that, the band was off and running, playing even more tightly than the last show of theirs I’d attended. The boys of The Dead Girls rocked out in front of the stage, playing air drums like they were all rocking an imaginary Tommy Lee drumkit, and provided nearly as much entertainment as audience members as they did as a band.

The Creature Comforts ran through all the hits, like The Politics of Pop‘s “On Hold For the Holidays” and “Save Our Ship,” and songs from Teaching Little Fingers to Play including “Off Duty Eyes” and “Lonely Monday” (no “Showboat,” though, dammit). Unreleased tunes like “Bethany Parker” and “Skyline” were met with as much enthusiasm as “Sentimental Bliss,” which was a radio hit, once upon a time in a magic land where local music was in radio rotation. “Skyline” is actually my favorite Creature Comforts songs, with its cowbell and up-stroke heavy riffage. It’s the closest the band ever got to Cheap Trick, as opposed to Elvis Costello. Set-closer “Charmed, I’m Sure” got the biggest freak-out, and it was sad to think that it was the last thing we’d hear from the band. 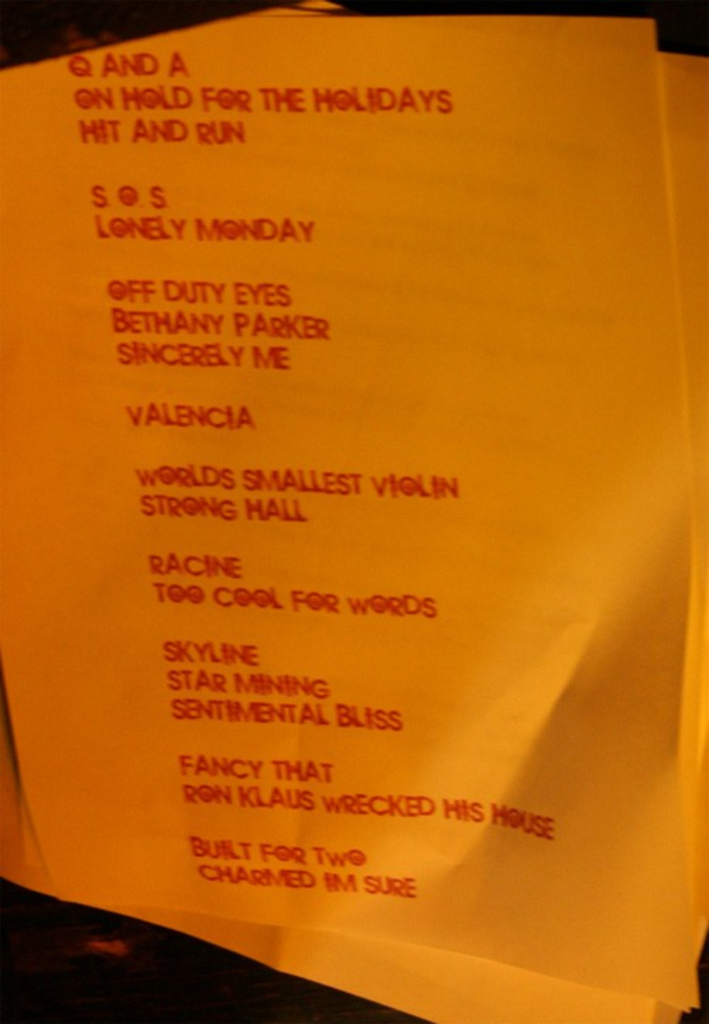 The Dead Girls’ set closer was the Creature Comforts’ “(Tipping the) Cash Cow,” however. It’s always interesting when a band covers something, but it’s especially ballsy to cover the band for whom you’re opening. This paid off, however, with the Creature Comforts running out of songs they’d practiced. So, Chris Tolle called the Dead Girls up on stage, and all eight ran through “Cash Cow” again, with four-part harmonies, as well as the entire audience on back-up vocals. An all-star jam to end an all-star evening, really.