Concert Review: The Breeders at the Bottleneck 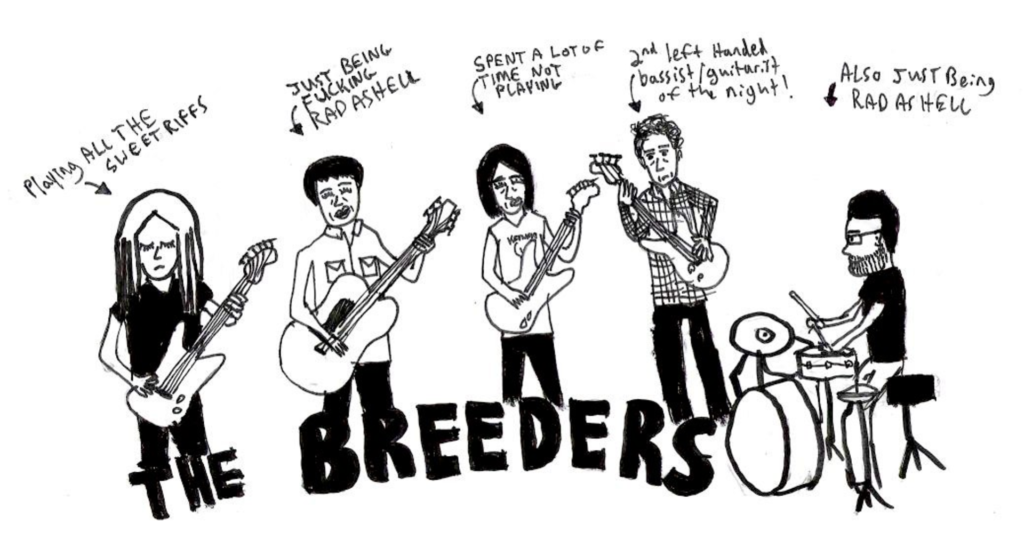 REVIEW AND PORTRAITS BY IAN HRABE

I know at least three people in Lawrence who think Kim Deal is the most perfect woman on planet earth. This is completely understandable, and I may or may not be one of these people. She’s been an integral part of two of the best alt-rock bands of the mid-’90s (Pixies being the other) and can write a pop song like nobody’s business, which is even more endearing given that all of this started when she answered an add for Pixies reading “female bassist/vocalist for high harmonies no chops.”

Somehow, this unassuming, seemingly average everyday woman became one of the coolest figures in modern rock. Even my dad thinks Kim Deal is cool (based on his random viewing of the Pixies documentary LoudQUIETLoud), and he hates pretty much everything recorded after 1980. That is how cool Kim deal is.