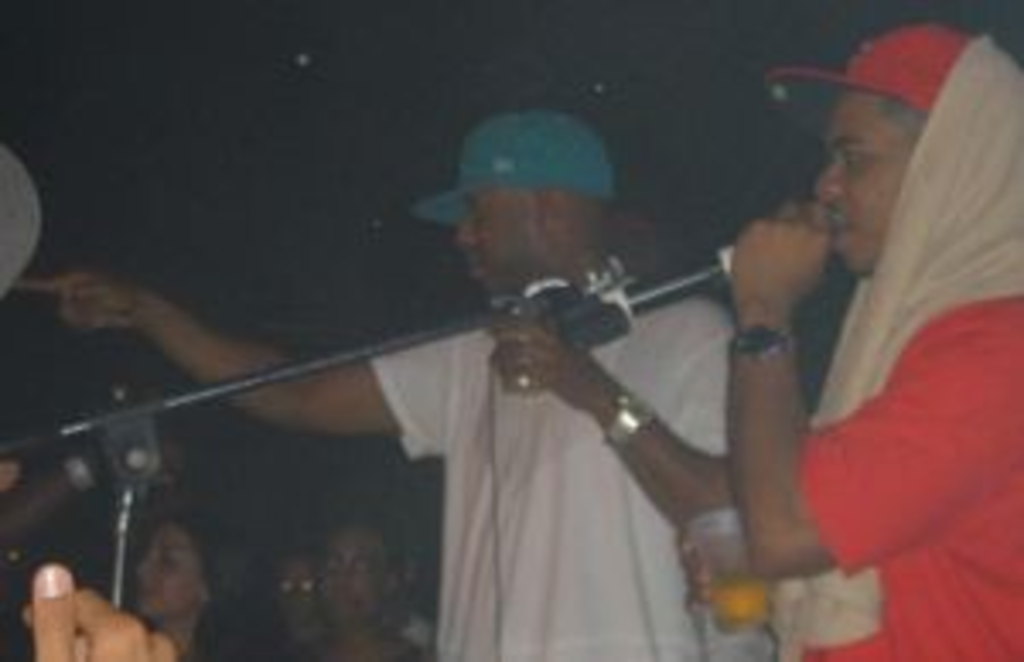 Brooklyn’s Talib Kweli and Cincinnati-born D Hi-Tek collaborated as Reflection Eternal on the monumental album, Train of Thought, then waited ten years before making a Reflection Eternal follow-up, which is due out this summer. So I worried when the duo abandoned the Granada’s stage last night at 11 p.m., having performed for a little over an hour. Obviously, these guys don’t mind keeping a fan waiting.

“You know we couldn’t leave y’all like that,” Hi-Tek reassured as the duo quickly reemerged and a bottle of Grey Goose magically appeared behind the turntables. “It’s raining harder than a motherfucker out there. Y’all ain’t going nowhere. We’re having the afterparty right here.”

The all-ages show became a dance-off as Hi-Tek poured himself a screwdriver and Kweli took over on Serato, spinning frat favorites like Big Pun’s “Still Not a Player,” and b-boy instrumentals for a crowd that happily mobbed the stage. But back to the afterparty in a minute. 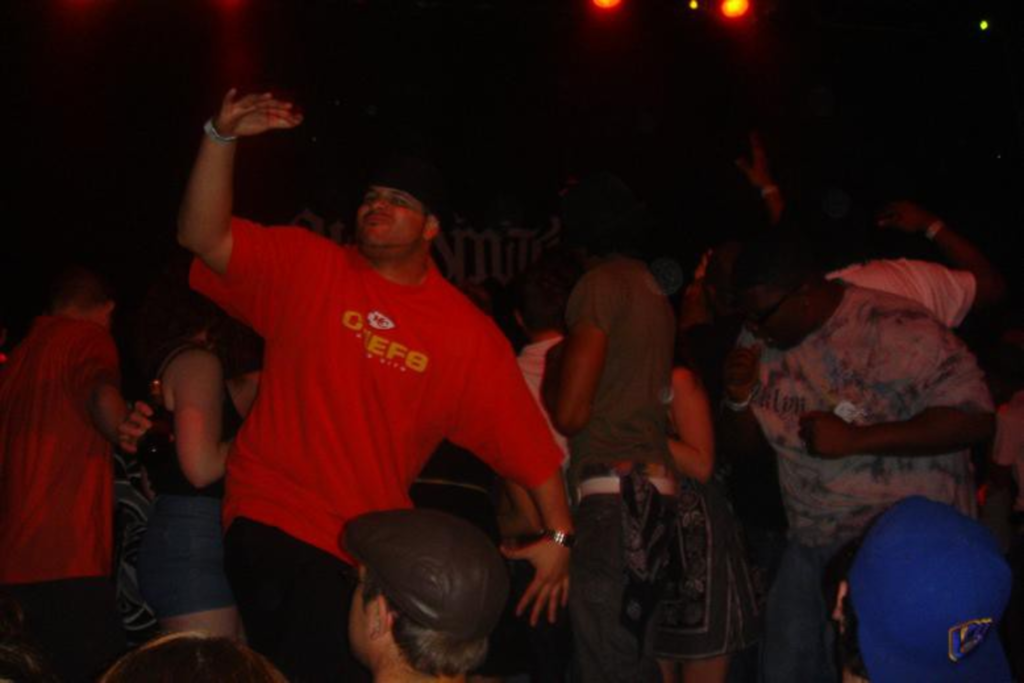 Kansas City was well represented in Lawrence — I spotted rappers Stik Figa (OK, he’s from Topeka, but still), Lou Rip, and Smoov Confusion in the crowd. DJ Ak was there, plus local b-boys like Leo and Brent (pictured, in the Chiefs shirt).

A pre-show mashup of T.I. and Mac Lethal’s “Pound That Beer” made for a perfect segue into Steddy P’s opening set. Wearing an Approach t-shirt, Steddy P took the stage and recalled another monumental Granada show from back in 2006, when Joe Good opened and KRS-One rocked the house. “I’ve waited my whole life for this,” Steddy P said, before launching headfirst into his solid set backed by St. Louis’ DJ Mahf. The beats were dark, the lyrics darker: “In my room upstairs/ Nobody cares/ and everything’s painted by Banksy,” he chanted in the chorus from a song off Dear Columbia, P.S.