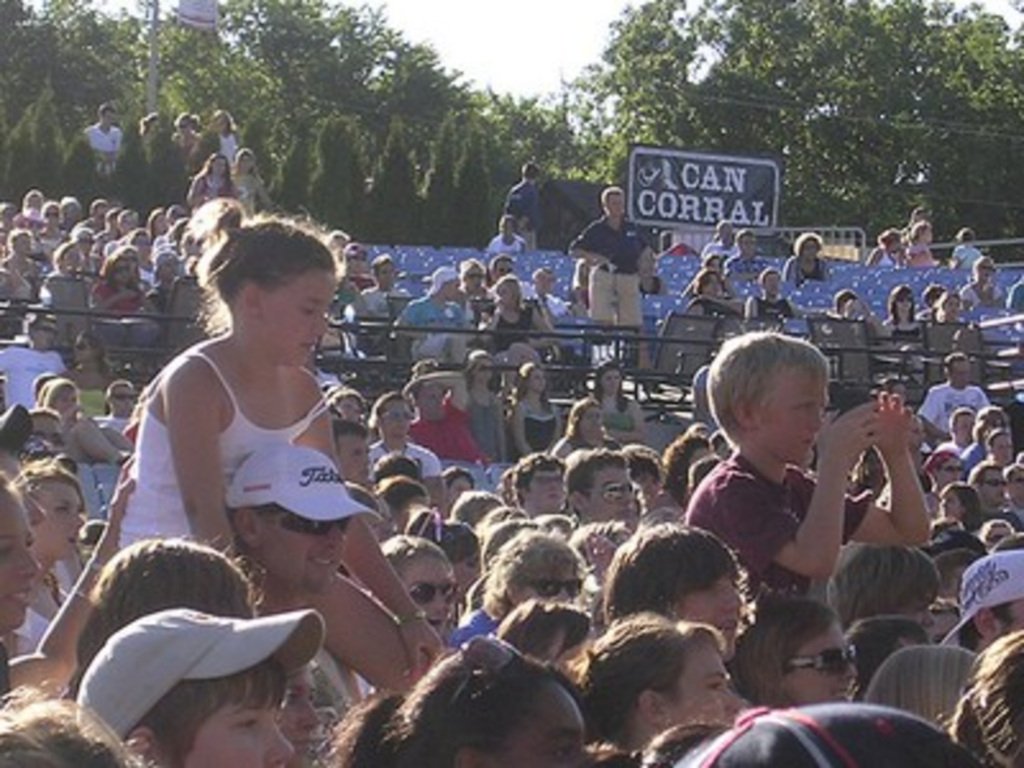 There’s little doubt that “American Idol” is the best thing that could have ever happened to Kansas City’s annual Red, White & Boom extravaganza. Having pulled through a few awkward years (think “Livin’ la Vida Loca” and “White Wedding” on the same bill), this homegrown event started to hit its stride during its tweens thanks to a parade of artists hand-picked by primetime hitmakers Randy, Paula and Simon and, in most cases, rejected en masse by an American voting public obviously more interested in minting popstars than presidents. Now officially entering its teens, Red, White & Boom is starting to express a unique sense of style and personality, much like the young girls and boys (but let’s face it — mostly girls) that packed the recently rechristened Sandstone Amphitheatre this past Saturday.

Bolstered by incredible weather that produced more suntans and cool breezes than cases of heat stroke, the show opened with Drew 6, winners of 93.3’s Ultimate Band Search, followed by the Last Goodnight. By the time the venue started to fill with bedazzled teens sporting puffy painted t-shirts declaring “[insert heartthrob of the moment here] 4 EVAR!,” Ferras pulled up a keyboard centerstage and settled into a short set capped off by this past Idol season’s official sayonara song “Hollywood’s Not America.”