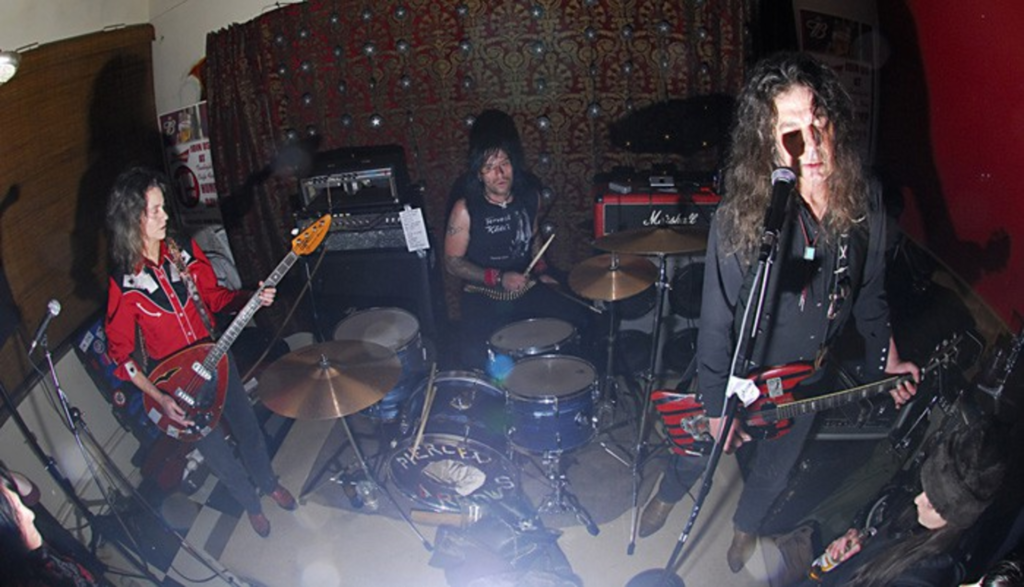 Three generations of musicians played the Record Bar Monday night, and the show couldn’t have sounded much more vital and coherent. Ironically, the most retro band of the bunch was Wrong Crowd!, the band with the youngest musicians. Formerly the Black Taratunals, they played a solid, high energy set of garage punk that might have been performed just about the same way in 1966. A strong cover of “White Rabbit” stood out because it managed to approximate the ambitious sound of the Jefferson Airplane’s studio single while maintaining the Standells-like spirit of the rest of the set.

That was a cool way to start the show because Pierced Arrows lead singer, guitarist and songwriter Fred Cole comes directly out of that era. Cole’s first band, the Lords, released a 1964 single, “Ain’t Got No Self Respect” in 1964, and his second single, “Poverty Shack” was released a year later. He toured with the Seeds in a band with the too-close-for-comfort name the Weeds. That band would be archived on the hugely influential Nuggets garage punk collection with two different singles, the second in a more bubblegum incarnation called the Lollipop Shoppe.

As hardcore fans and those familiar with the 2004 documentary Unknown Passage: The Dead Moon Story know, Fred started playing with his wife, Toody Cole, on bass in 1975, and along with drummer Andrew Loomis, formed the punk band Dead Moon. Based in Portland Oregon, and using semi-sacred equipment crucial to the mastering of the Kingsmen’s “Louie Louie, ” that band released 15 albums and 11 singles over 18 years in which they also relentlessly toured, gaining a strong cult following, mainly in Europe.