Concert Review: Minus the Bear, As Tall As Lions at the Granada 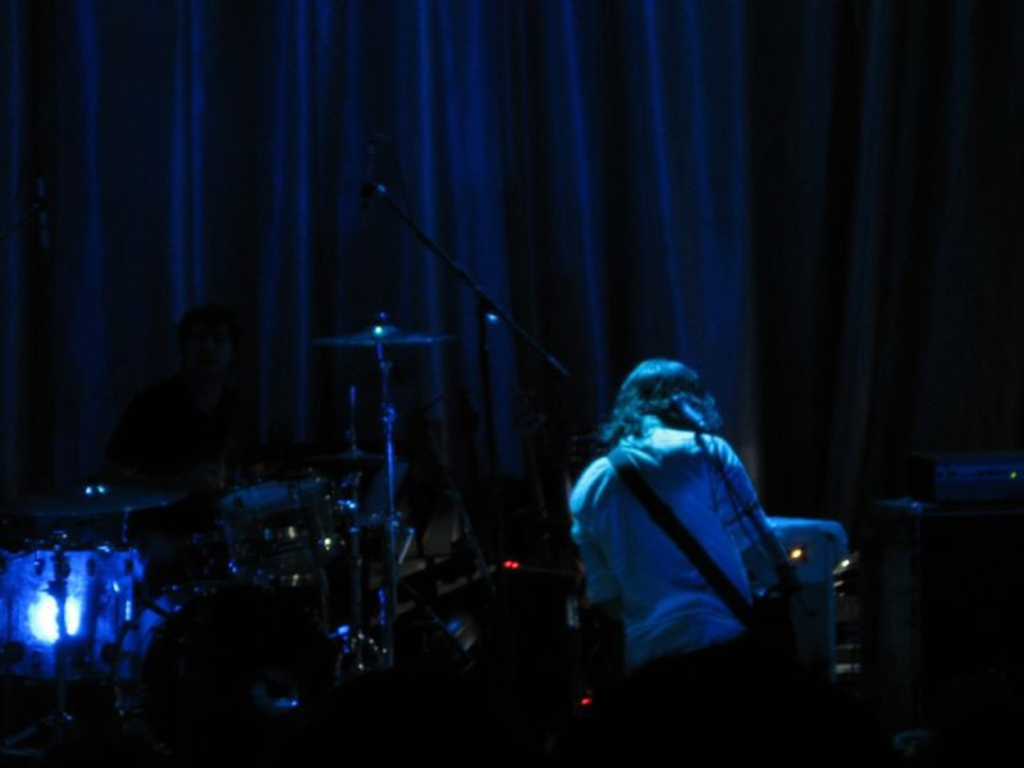 Attention Kings of Leon fans: If you still haven’t heard of Minus the Bear, do yourself a favor. There’s no hint of Southern rock in the Seattle quintet’s brand of indie rock, however — Minus the Bear is a West Coast band through and through, whose complex, angular songs often reflect the ocean in shape and content, as well as the experimentation of young manhood.

A rather crowded house turned out last night for Minus the Bear’s headlining gig at the Granada in Lawrence. Unable to secure a spot very near the stage, I felt that pang of pride and resentment at the success of a favorite band. The audience was young and mostly male, bobbing their heads and hips with Minus the Bear’s characteristically percussive melodies.

The band’s selections spanned mostly releases since the 2004 EP They Make Beer Commercials Like This, focusing heavily on 2007’s Planet of Ice. The band also played at least three brand new tracks, available, I guess, on a seven-inch that was on sale at the merch table. (I snagged two new songs off iTunes this morning, but I can’t tell if they were played last night or in what order. If anyone who as at the show can help, please comment.)