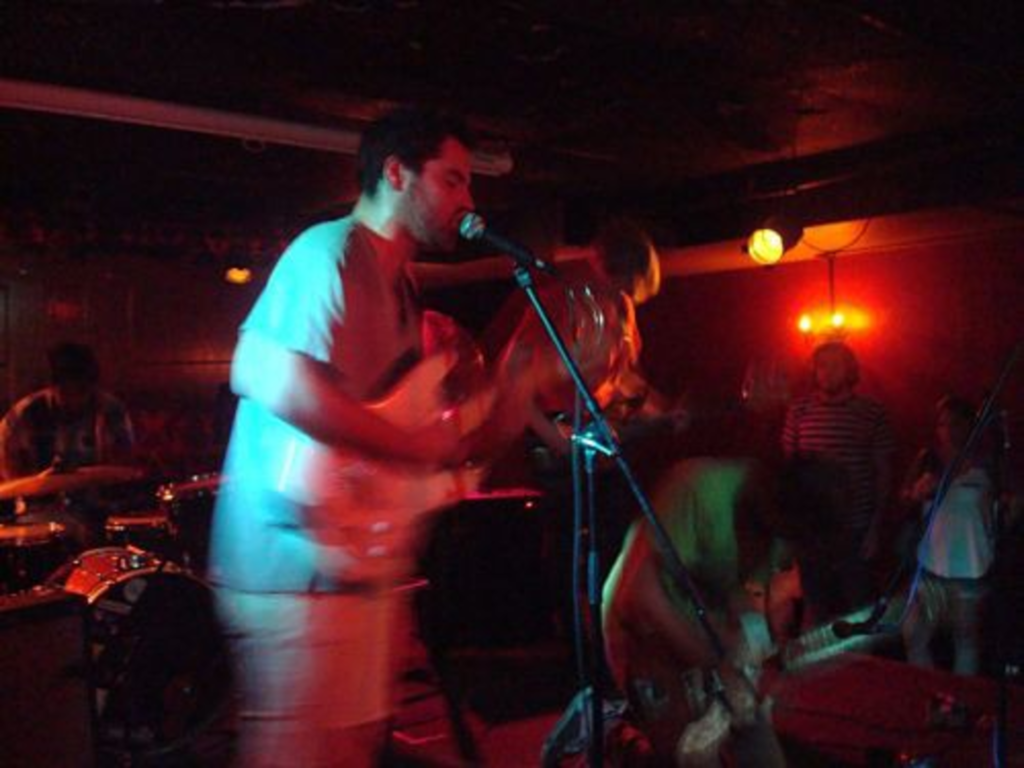 Upon entering the Jackpot to the tune of KC psych-garage punkers Wrong Crowd laying into Jefferson Airplane’s “White Rabbit,” I had a feeling that maybe, just maybe, this show was going to be fucking awesome. Though their cover was pitch perfect, sadly, the rest of their songs were a pretty forgettable blend of noisy guitars and screaming female vocals.

After Wrong Crowd, Boo and Boo Too played a set comprised exclusively of new stuff they’ve been road-testing over the past couple of months. The songs were shorter and contained fewer noisy, indulgent guitar-squall breakdowns, yet none of them really seemed to stick. As per usual, they pushed the volume to the Jackpot’s decibel limit and drowned the vocals in reverb, but it all came off as the exact same thing they’ve been doing for the last two years. That is, with the exception of closing track “Ripper’s Hell,” which is a goddamned monster jam with an excellent melody that had me wondering why the rest of the new songs weren’t that good.

Secretly, Boo and Boo Too can write a mean pop song, and if they’d only embrace that and pump out more tunes like “Black Buggy” or the title track from their 2007 debut LP No Tempo, things might get a little more engaging.