Concert Review: Leslie and the LY’S 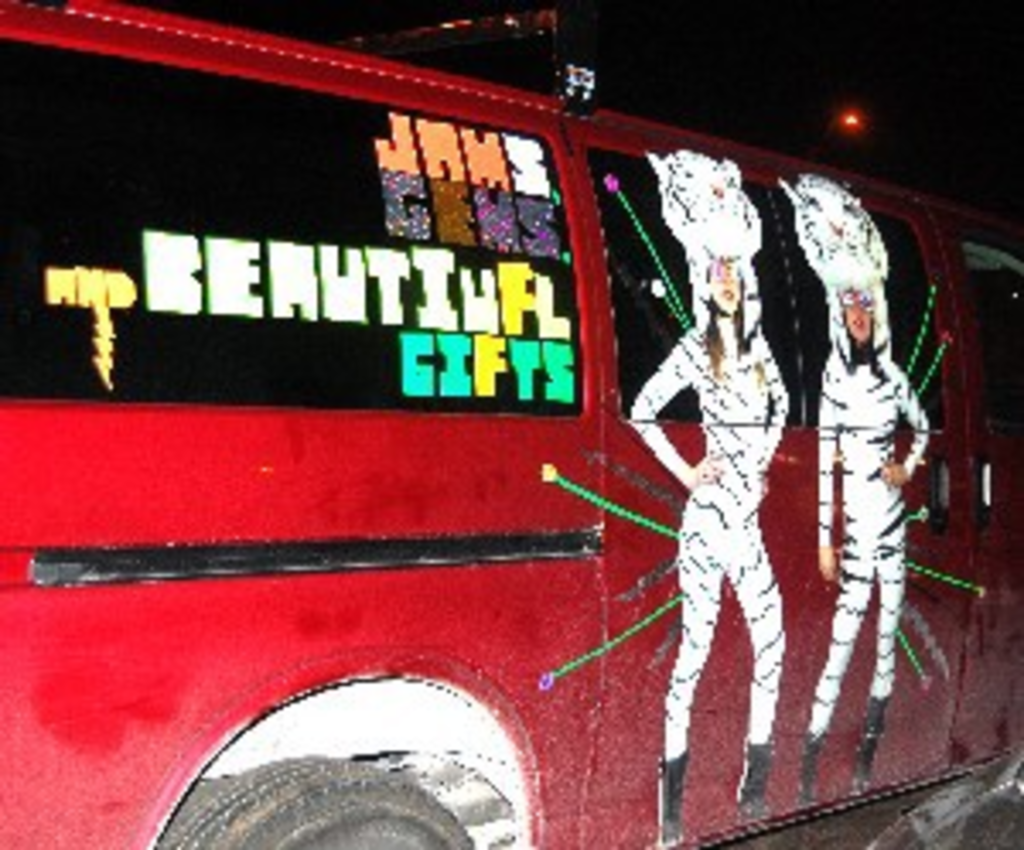 If you arrived at the Record Bar on the evening of New Year’s Day not knowing what to expect, you were hit with Leslie & the LY’s signature glitter and glam by just walking though the parking lot. Their tour van said it all: “SHAZAAM!” Decked out with a mish-mash of kittens, photos of her band, and brightly colored words proclaiming “jams, gems, and beautiful gifts,” it was clear that Kansas City was in for a spectacle.

​Leslie Hall and her LY’s (comprising Hall, Mona Bonez, Scrappy and Greecee) have created a surreal fantasy world — not dissimilar to Comedy Central’s Strangers with Candy. It celebrates the over-indulgent aspects of Midwest stereotypes like gem sweaters, crafting, Jo-Ann fabrics, and rolls of body fat.

With a sound that varies from early hip-hop (think RUN DMC made up of Midwestern white women) to mainstream pop (if a group of Catholic cafeteria ladies were Beyonce and her backup dancers), Leslie Hall has earned a considerable fan-base on YouTube that has blossomed into a cult following.

A crowd of nearly 200 loyal Leslie Hall lovers were crammed into the Record Bar on Friday, most of them BeDazzled as the Midwest Diva herself (not bad for a frigid January night).

As the show began, Hall appeared in her trademark glimmering spandex outfit pretending to be lifted up on stage (a la Britney Spears) while warbling into the microphone about thanking “mama for making me gold pants.” Sporting a lunch-lady bouffant, large 80’s glasses and heavy eye makeup, Hall rapped about topics such as killing zombies and “dancing for change to pay Iowa rent.” A constant stream of infomercials, vintage workout routines, and homemade videos of the band’s own songs rolled in the background, providing a campy parody of power-pop stage sets.