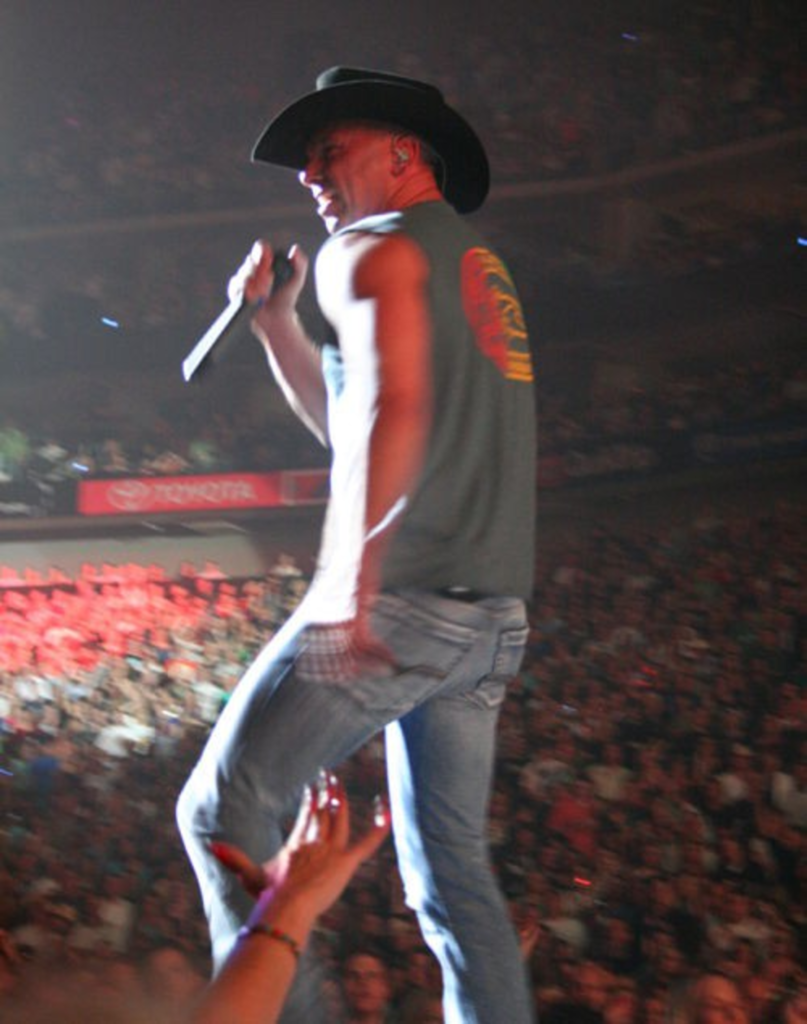 PHOTOS AND REVIEW BY NICK SPACEK

The last “young country” show I saw was about 10 years ago, and when Tracy Lawrence suggested that the crowd turn Sandstone into a roadhouse, five fistfights broke out pretty much immediately. Kenny Chesney‘s Sun City Carnival tour rolled through the Sprint Center Saturday night, and the venue went from arena to roadhouse. It was a rowdy crowd, but a respectful one. Country music fans know how to drink, though, and by the end of the show, I was standing in a puddle of beer the size of a small pond.

The show, overall, bore no resemblance to the country shows I’ve been attending for the past decade. I’ve seen Willie Nelson and George Jones, along with locals like the Midday Ramblers, and those shows are pretty much a band and a stage, and that’s it. The Sun City Carnival was a spectacle that bore more resemblance to an ’80s Van Halen concert than anything else.