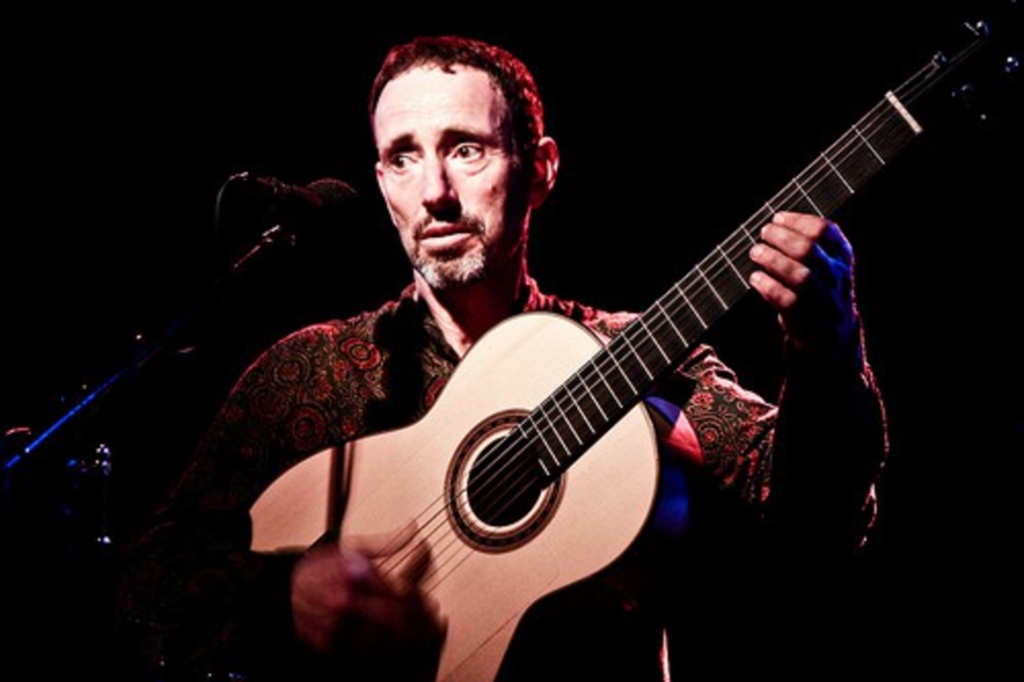 Last night, Jonathan Richman came to Kansas City, wide-eyed and inscrutably eccentric, and the good-sized, mostly older crowd that gathered at the Record Bar seemed to return his guileless stare and revel in his eccentricity.

I’ve seen performers take over a space and “make it their own,” but never quite like Richman did last night. The lights were down. The air-conditioner was way, way off. Richman and his drumming accompanist Tommy Larkins set up side by side at the front of the stage and ran their sound through their own PA, which was quieter than the house’s by several decibels. As Richman, holding his classical guitar in a tight grip (he uses no strap), launched into his 20-song set with “Take Me to the Plaza,” “Let Her Go Into the Darkness” and “He Gave Us the Wine to Taste It,” people gave up stadium-worthy cheers.

And Richman was on — his eyes darting this way and that constantly, his fingers plucking deft arpeggios and fluttering over the nylon strings like a flamenco guitarist, eyebrows arched and lips curled back from his teeth in a half-incredulous-half-mischievous (but probably just natural) expression. And in the beginning, people seemed to react to it with a kind of joyful gratitude, as if to say, Wow, the real Jonathan Richman is even more Jonathan Richman than I expected! 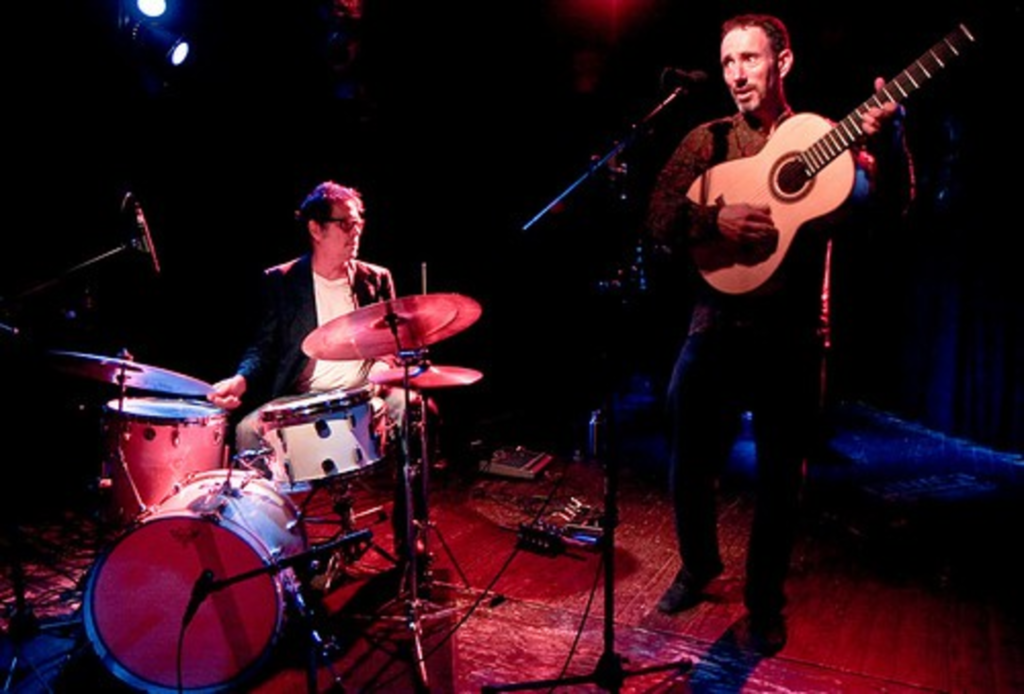 But by the third or fourth song, the people crowded down front were finding out that they would have to adjust to the heat. That they would, in fact, have to sweat and be uncomfortable through this show, or else retreat to the bar where it was a bit cooler but where the experience of the show would not nearly be as satisfying.