Better than: Watching Lifetime on a Saturday night

On the right night, Davey’s Uptown can feel like the center of the Kansas City universe. Such was the feeling on Saturday night as Ernie Locke – he of Tenderloin, Parlay and Sin City Disciples fame – rolled into town to share the stage with X‘s Exene Cervenka and Austin statesman Jon Dee Graham. Attendance got an extra boost from the Greater Kansas City Moped and Scooter Rally, which had been putt-putting away all afternoon at Davey’s. 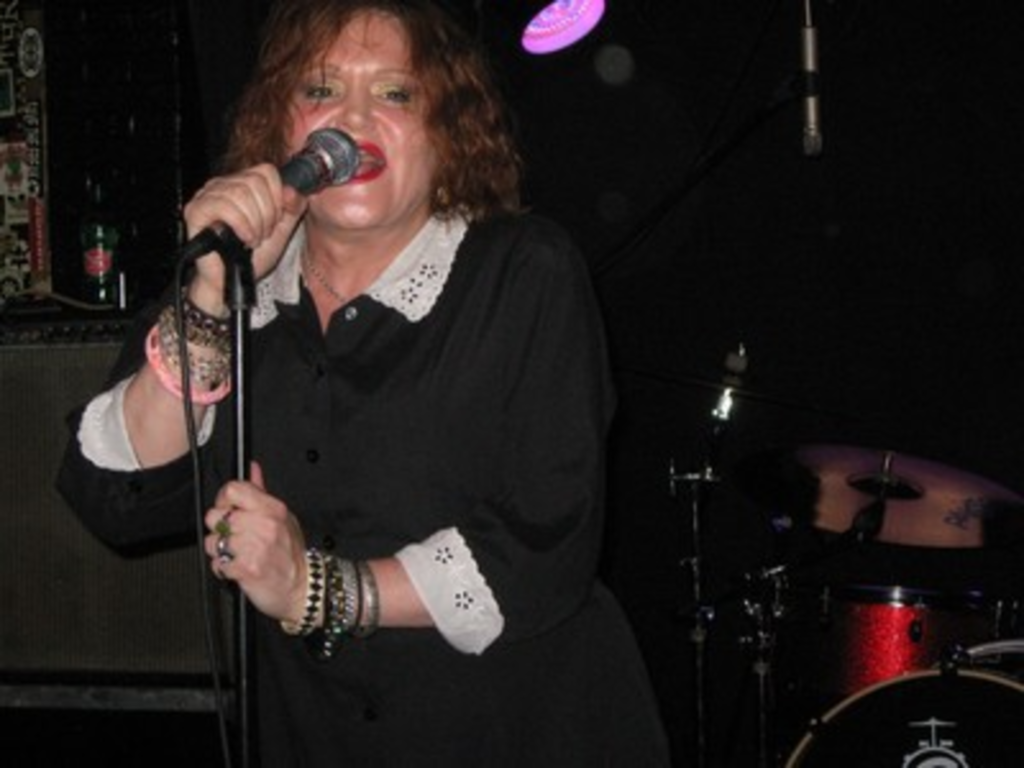 The feisty Exene Cervenka took the stage promptly at 9pm, laying into a turbocharged set of rock and punk tunes with her band The Original Sinners. Cervenka is probably best-known as the singer of X, the seminal Los Angeles punk band that made a big splash with their hard-driving blend of punk, rock and rockabilly sounds. She’s also made waves as an artist, writer and spoken-word performer, endeavors that have made her an enigmatic punk-rock icon to fans like Henry Rollins and Lydia Lynch.