Concert Review: John Doe & the Sadies at the Bottleneck 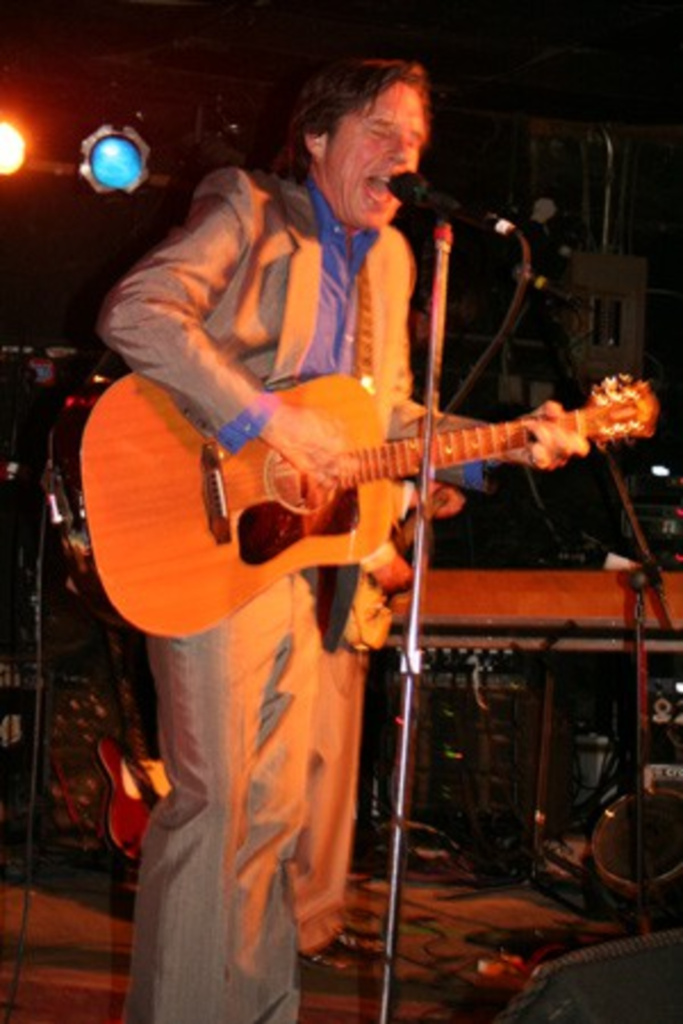 John Doe & the Sadies are basically the world’s greatest country cover band. Last night’s show at the Bottleneck proved that. From the opening strains of “Stop the World (And Let Me Off),” made famous by Ms. Patsy Cline, through numbers such as Marty Robbins’ “Big Iron” (which has “El Paso” beat all to shit — I don’t care which one’s sold more copies), Roger Miller’s “Husbands and Wives,” and not one, but two Merle Haggard songs, John Doe & the Sadies knocked out chart-topping dance numbers the likes of which aren’t usually seen on the Bottleneck stage.

A real, honest-to-goodness country show is a rarity these days, so it was a right pleasure to see people in the crowd stomping and clapping along to all the hits. The band was there to please, and it was kind of a kick to get to see Canada’s finest in Lawrence, along with a punk rock legend.

You’d think the band was a regular deal for everyone involved, considering the ease with which they knocked out tune after tune. Then again, the Sadies and Doe both possess extensive back catalogs and are damned talented performers to boot, so it’s no wonder they were so calm and at ease on stage.

Now, the show was essentially a cover show, but while many of the numbers performed were straight covers, there were a few tunes that got a remake. The best song of the night was a version fo Willie Nelson’s “Night Life,” but done by way of the Animals’ version of “House of the Rising Sun.” It was country, psychedelic, and a totally unique interpretation of a song that is by now a standard. The honky-tonked take on “I Still Miss Someone” was fantastic, as well. The way the band knew how to take a slow, downtempo number and really punch it up.

The whole band looked pretty slick, too. Every member was in a suit, and it lent the show an air of countrypolitan class. Nobody had a Nudie suit, but still — nice.