With her retro style, exotic roots and riot-grrrl attitude, America’s not quite sure what to make of Scandinavian import Ida Maria Sivertsen. Is she supposed to be a 21st century Chrissie Hynde? A thinking man’s Katy Perry? A modern pop-punk princess? Or something else entirely?What we do know is that Ida (say “eee-da”) Maria rocked a boozy, sweaty set in front of a boozy, sweaty crowd in good ole KC on Friday night, courtesy of 96.5 The Buzz’s “Red, White and Blow It Out Your Ass.” 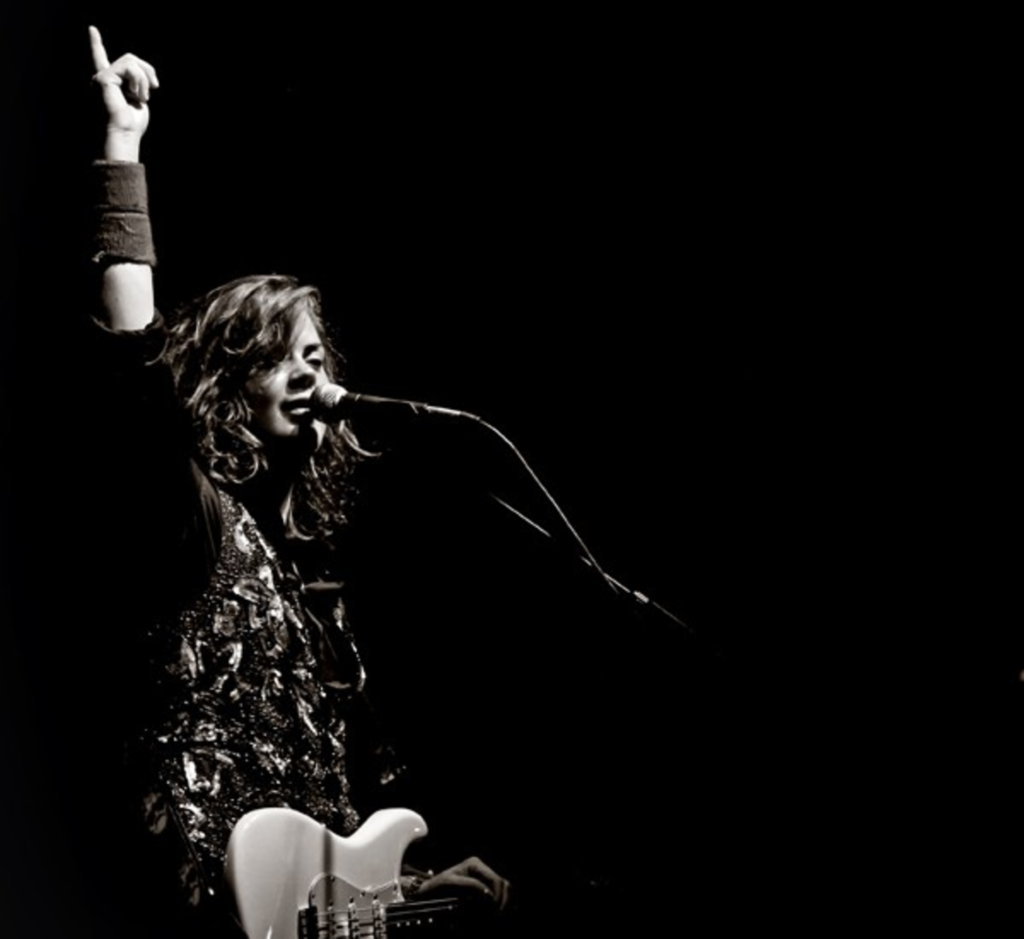 Known for her critically acclaimed 2008 release Fortress Round My Heart, Ida Maria’s twitchy, melodic rock’n’roll is infused with a comical desperation, creating an infectious, slightly crazed mania that ranges from dancey-delightful to drunk, despairing, or just batshit crazy. From the moment that Ida Maria appeared on stage (in a glitter vest similar to one donned by my music teacher circa 1993), Sivertsens’ frizzed hair, spooky accent and head-banging, guitar-slinging, microphone-wrestling antics portrayed a confidence worthy of lady rocker royalty.