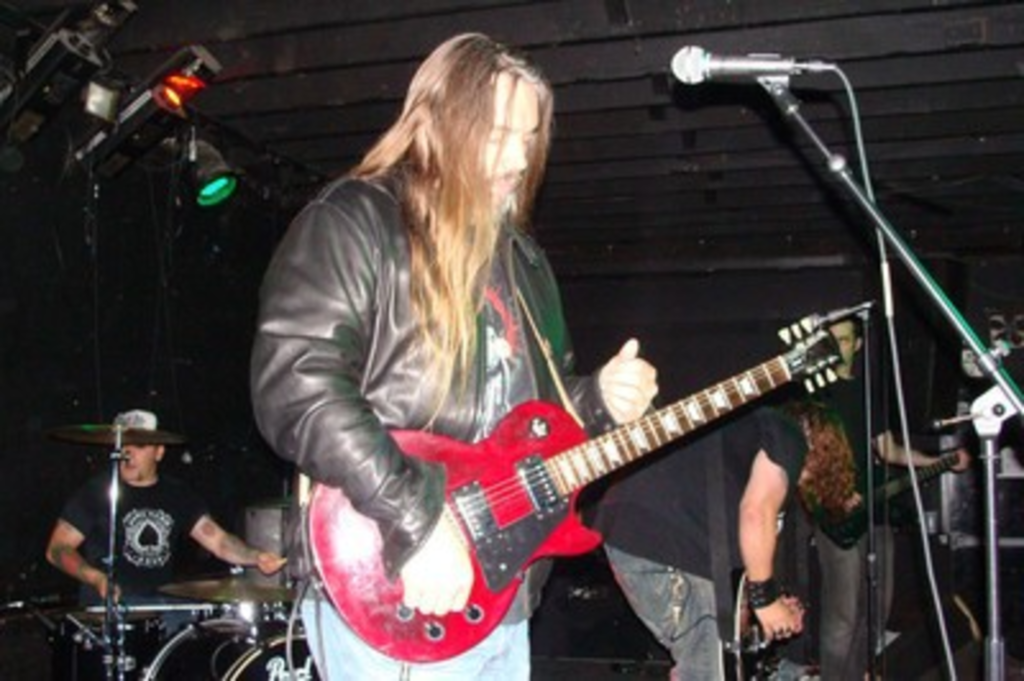 Better than: Making every green light from the River Market to Midtown on Main in the middle of the day.

Last Friday night, even though entertainment options were as numerous as dancing baby boomers in the P&L, I had no trouble choosing my destination for the evening. At that point in the week, I was tired as fuck and if I had balls, they needed to be rocked off. The only solution was the Riot Room.

Parking my car a block away, I could already hear the thunderous drum beats of Buddy Lush. A previous spectator of many a Buddy Lush Phenomenon matinee show at the Brick, I quickly recognized that Duh-duhduh-duh-duh that ends most, if not all of their songs. This time however, it was on real drums and not that pickle bucket bullshit normally used for their early evening shows.

Seven dollars for the door dude and a stiff ass Smirnoff Watermelon and Roaring Lion later, I moved to the front of the sparse indoor crowd to hear frontman Jon Paul open a tune with something about “old folks” and “back before any of you can remember.” Buddy Lush can be described as a three-piece of highly seasoned, hard rockin’ older dudes that have been around these parts for a piece (heard any Sin City Disciples lately?). They pretty much don’t give a fuck either. That being said, they really didn’t have much patience for my questions, my camera and me.