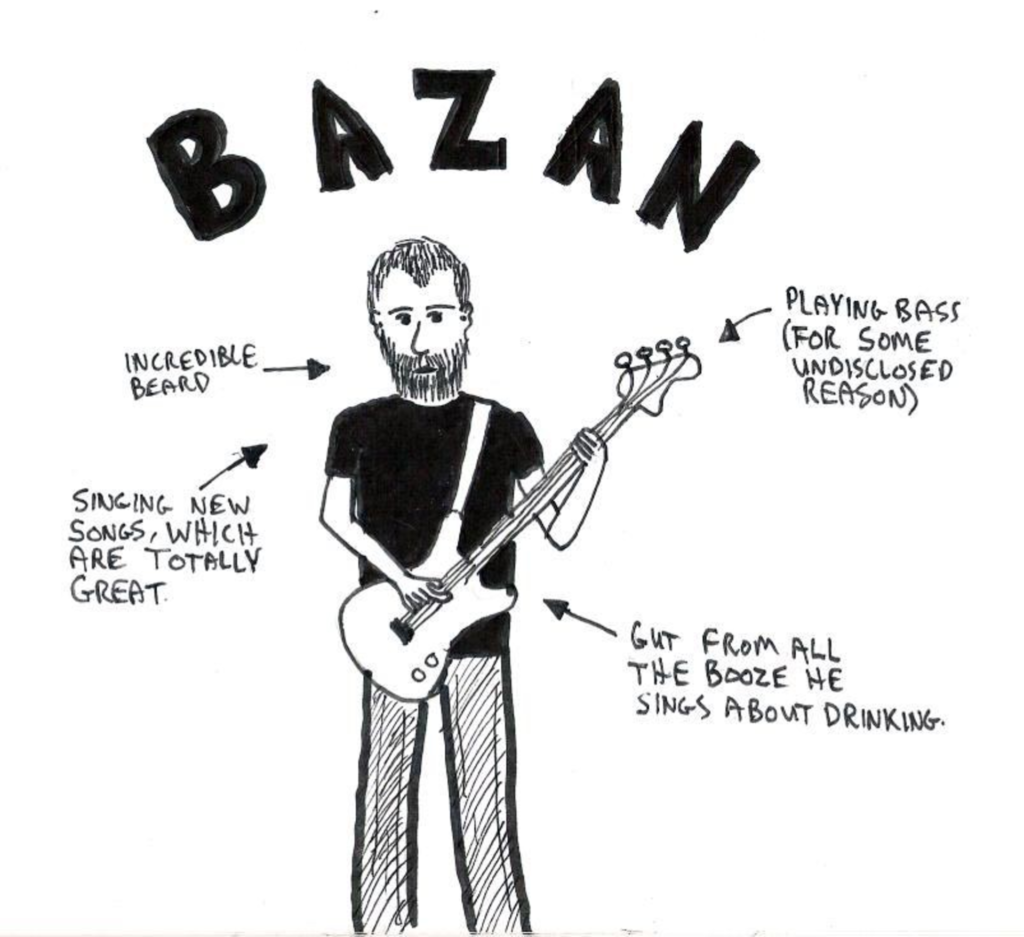 I distinctly remember seeing Pedro the Lion CDs at the Christian bookstore in Olathe when I was a kid. My grandma used to take us there. I thought it was a cool band name, though I had no interest in music at the time.

Ten or so years later, finding David Bazan‘s latest release, Curse Your Branches, at a Christian bookstore might constitute blasphemy. Though his music and style have remained quite similar, lyrically Bazan has gone from folding his faith and beliefs into his music to having a serious bone to pick with God. And Branches is his best, most vital sounding release since 2002’s Control.

Despite this self-inflicted fall from grace, he hasn’t lost any fans. If anything, he’s gained some, given that Friday’s show at the Jackpot was packed arm to arm: a sea of flannel and beards as far as the eye could see.

The opener, Seattle’s Say Hi (née Say Hi To Your Mom), played some really decent, catchy indie-rock. Their songs ran on a little long and had a tendency to repeat choruses over and over again, but the hooks were good enough to keep the songs from getting too stale. The bassist and singer/guitarist also played in Bazan’s band of hired hands, contributing to the overall beardiness of the backing band.