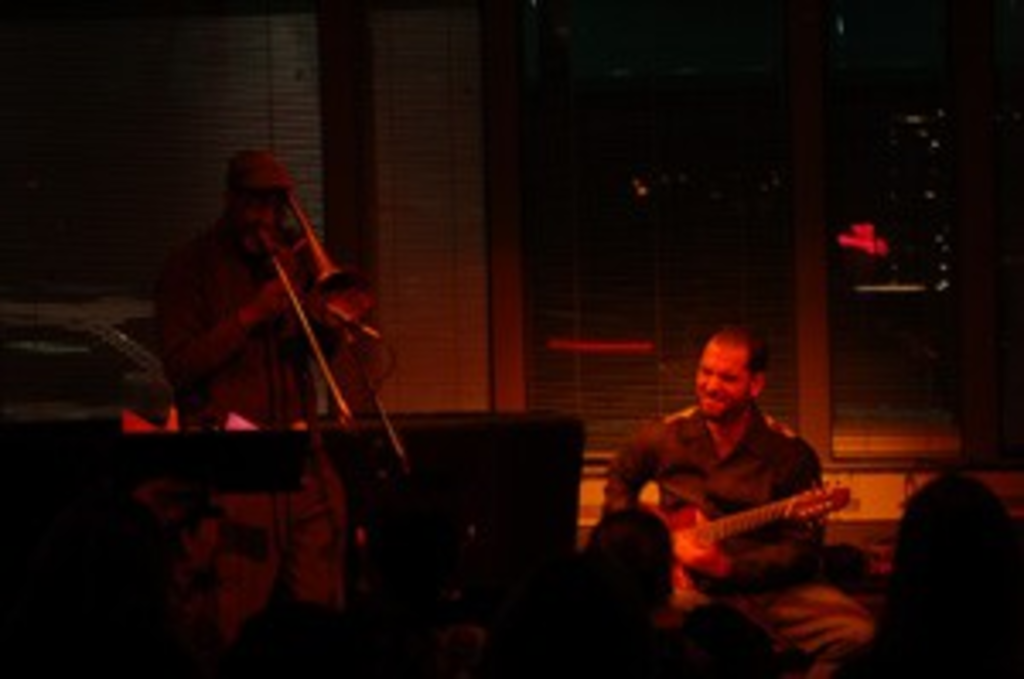 In stark contrast to the past shows I’ve attended at the Blue Room, guitarist Charlie Hunter generated a near-capacity crowd with his unique jazz-influenced sounds at 18th & Vine: something I haven’t seen in quite some time. While Hunter is on the funkier end of the Blue Room’s scope of artists, his group’s sound was perfect for the smaller, more intimate experience.

From the beginning of Hunter’s set, it was obvious that the show was meant to promote his new album, Gentlemen, I Neglect To Inform You That You Will Not Be Getting Paid. The two musicians that Hunter played with certainly should be paid—and handsomely, at that. Trombonist Curtis Fowlkes and drummer Eric Kalb both showed that you don’t have to be flashy to deserve a professional musician’s paycheck. Fowlkes, who looks like he could pass for a retired NBA player, did a great job of complimenting Hunter’s rock-meets-jazz sound. The few selections exemplified the boogaloo sound you can find on Hunter’s latest release, and got the packed crowd’s heads bobbing.
Categories: Music
Tags: Charlie Hunter, the blue room