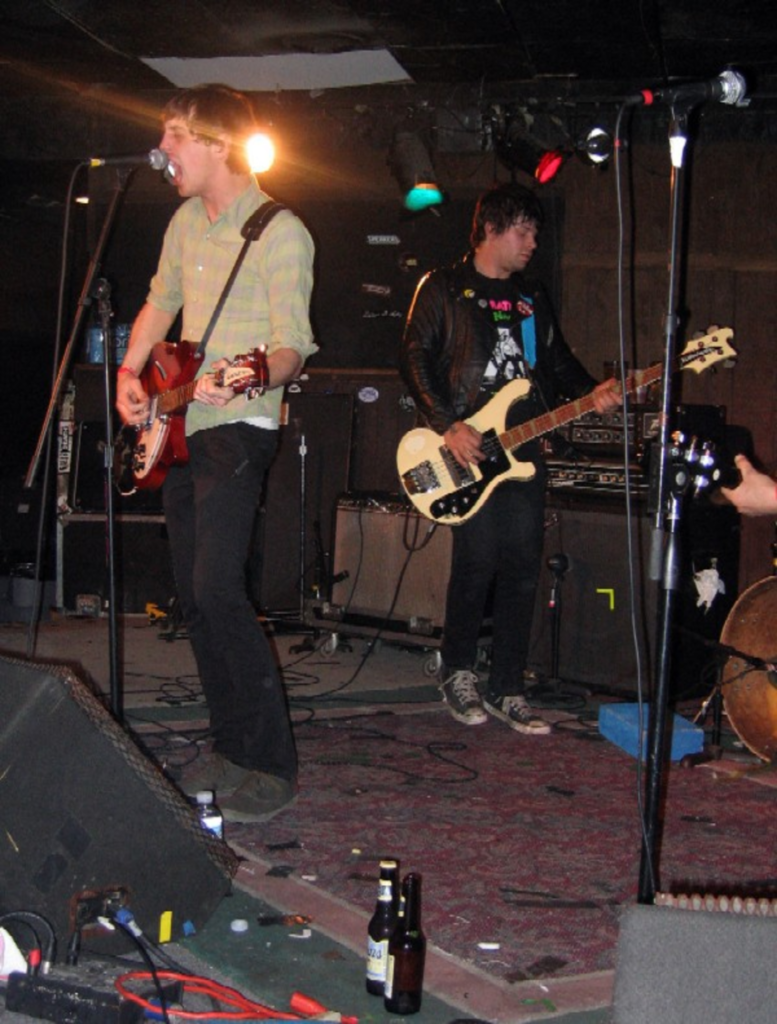 The Black Lips took the stage Wednesday night obscured by a thick cloud of vapor that poured out of a nearby fog machine and tasted vaguely of waffles. The haze cleared quickly, revealing the four Lips in all their weirdness. Singer Cole donned a poncho and pilgrim hat, apparently ready for that traditional Mexican holiday called Thanksgiving. Guitarist Ian sported a gold grille, something that, to hear my brother the dental student tell it, is purely cosmetic. Bassist Jared and drummer Joe dressed like a couple of normal indie rockers, then spent the next hour spitting, screaming, and leading the band through a set of chaotic garage-rock hymns, all served up with a slight Georgia twang.

In contrast to the Black Lips stage schtick, Gentlemen Jesse and His Men played it straight, bringing a sound that was classic yet fresh. Gentlemen Jesse’s songs were loaded with hooks, and every sunny chorus was matched by a furious guitar riff. With the same garage-rock sensibilities as the Black Lips, but filtered through doo-wop and power pop, Gentlemen Jesse was my favorite act of the night. Wrong Crowd opened the night, and if I had made it to the show by the absurdly early eight o’clock start time, I’d tell you about a loud KC band with a sound not far off from the night’s headliners.