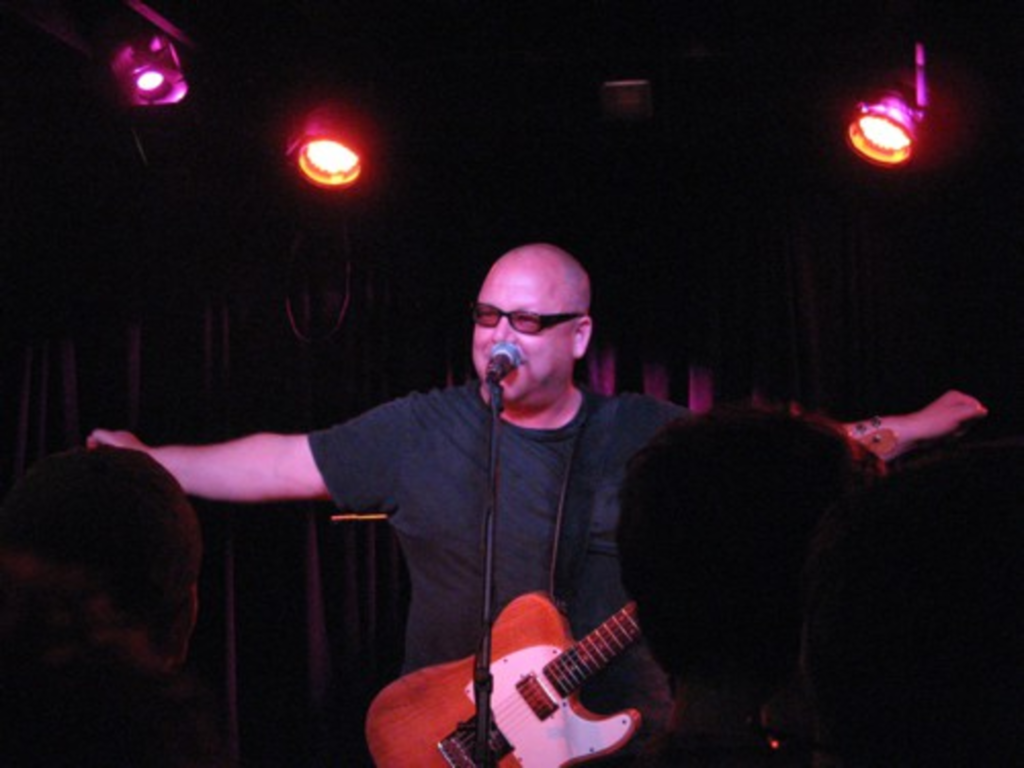 Right after Black Francis took the stage at the Riot Room before a packed-in, wet, sweaty, capacity crowd last night at the Riot Room, I had a sweatlodge vision. Lo, I looked above the auxiliary bar and saw a floating bench, and upon that bench, clad in towels wrapped around their waists, were seated D. Boon, Elvis and Johnny Cash. A cosmic vortex spun behind them. As Francis began playing, one by one, the figures — their golden glowing bodies shimmering in the steam — presented their fists, thumbs pointing upwards. Then, they started to do that see-no-evil-hear-no-evil monkey routine, but there was a loud transdimensional whoosh, and they went spiraling back into the vortex. I was the only one who saw this vision. But had the merry, touchy wino who was all-but hugging people lined up outside before the show (seriously, dude, bad touch!) — had this wino been allowed in, he would’ve seen it, too.

Sweltering doesn’t begin to describe the climate inside that club last night. I began sweating as soon as I got in and got near the stage around 9:20 p.m. Black Francis began playing, shortly after 10 — by which time the people around me were really packed in and the fans above were actually shedding little appliance-tears of hopelessness — and I didn’t last five songs. I had to get out of there. So, I moved down the few steps to the bar and never really saw Black Francis again. Somehow, though, it was still a good show. 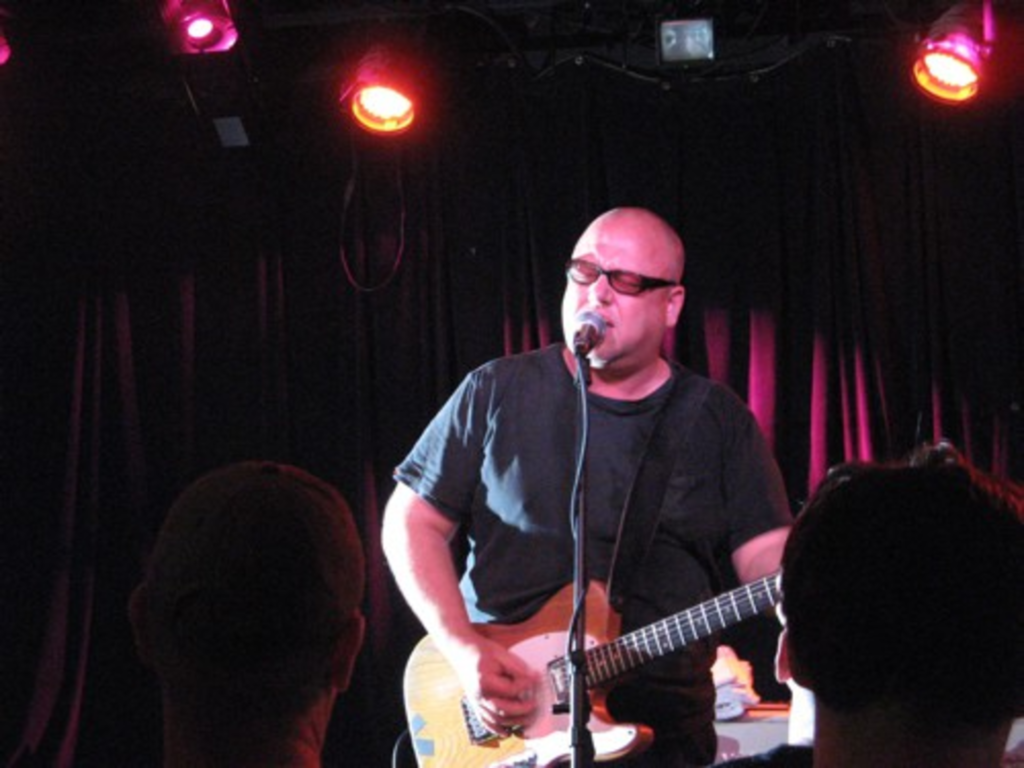