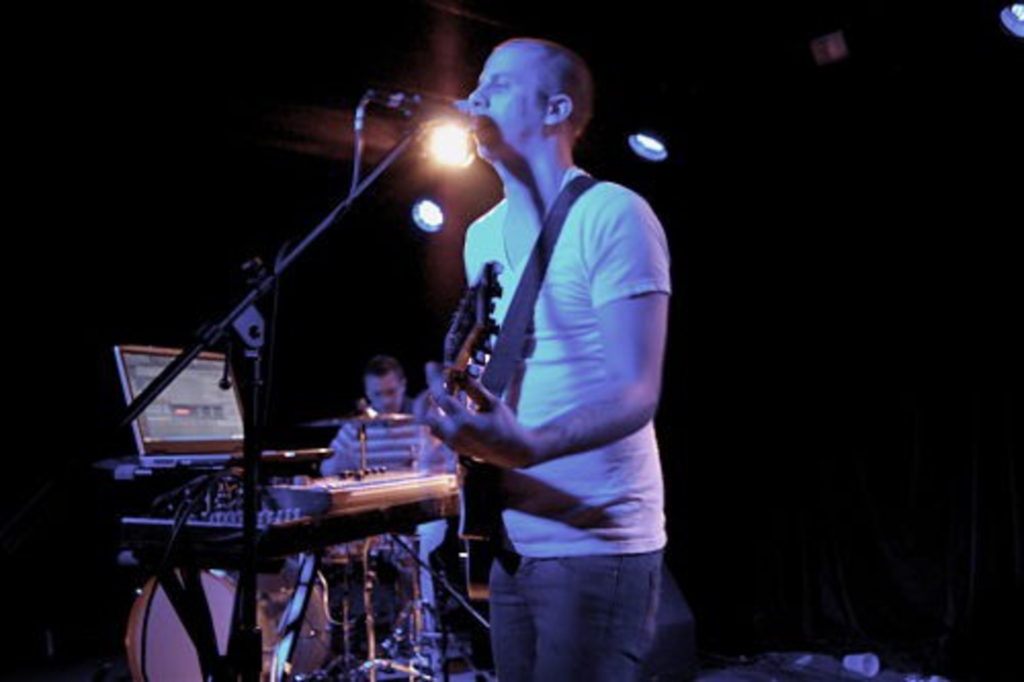 Two-man band Audiovox celebrated the release of its debut EP with a concert at the Riot Room last Friday night. Band members Brad Chancellor and Martin Bush set up on stage side by side. Chancellor drums; Bush sings, strums guitar and plays the laptop computer.

Both musicians have backgrounds in much heavier bands, which has made the Audiovox indie-pop experiment all the more fascinating to observe. At times, the duo sounds a lot like the Postal Service, from the programming to Bush’s voice. He’s a particularly poetic songwriter.

The self-titled, self-released EP covers the themes of breaking up, falling in love and self-awareness at quarter-life with notable lyrics like, Part of me is missing you, but the part is just so small/It’s whispering to the ear against the wall.