It was 5 degrees outside when Allen Toussaint took the stage Friday night, but things were about to heat up inside the Folly Theater. The man who Bill Shapiro and Cyprus Avenue was presenting to Kansas City brought the warm musical currents of New Orleans with him. 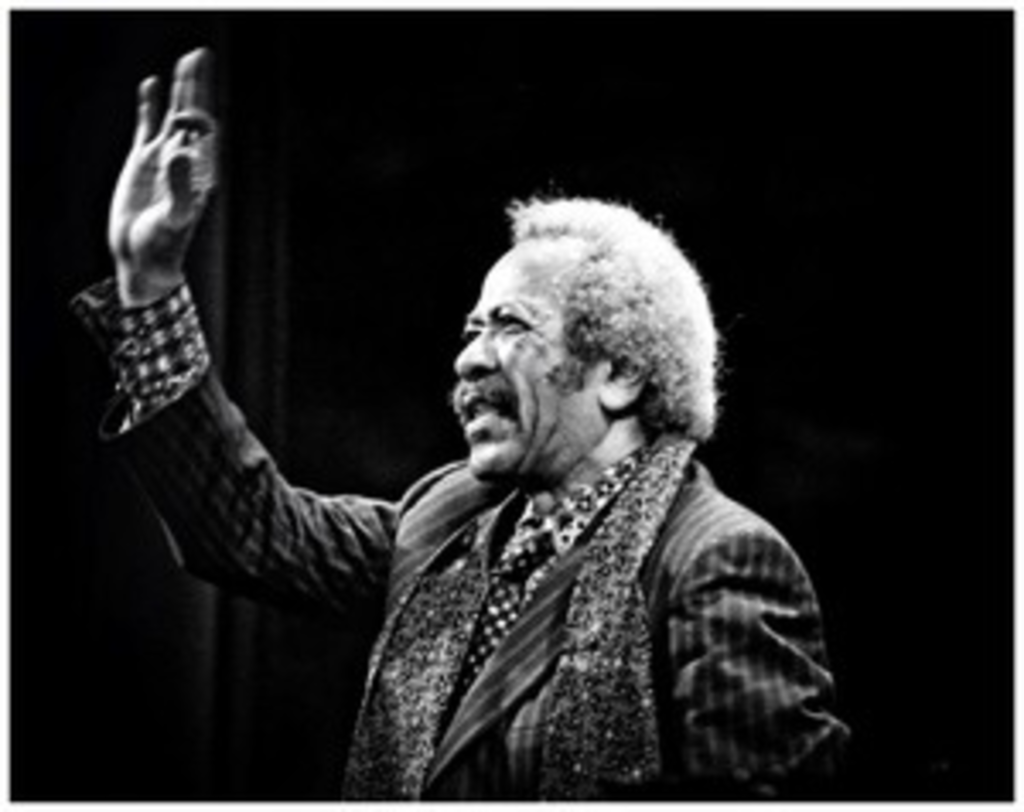 A recorded announcement introduced Toussaint as “the high priest of New Orleans music,” and Toussaint looked every bit the part with a royal purple scarf and glittering tie.

The Crescent City native charmed the crowd with his banter. And he had a songwriter’s stories to tell, like watching a television commercial about a chocolate man. He didn’t recall exactly what was

being sold (it was Axe Dark Temptation fragrance), but he did say “the music which he was walking down the street to was me.” That was the cue for the band to play “Sweet Touch of Love,” a song that would set the pattern for the night: Each song would be a gumbo of styles and genres. The strolling groove of “Sweet Touch of Love” morphed into a Bo Diddley jungle-like beat over which Toussaint quoted Gershwin’s “Rhapsody in Blue” on the Folly’s Steinway grand piano.

He talked about recent appearances on the Sundance Channel’s

in the Morning. That led into “Who’s Gonna Help Brother Get Further,” a

song that appears on the Costello/Toussaint album The River in Reverse.

Costello’s version is the 2006 vintage, but Toussaint wrote the song

for Lee Dorsey, whose career spanned the 1960s.

And that’s what you get with an Allen Toussaint concert: Pop music history from the 71-year-old producer, songwriter and performer.