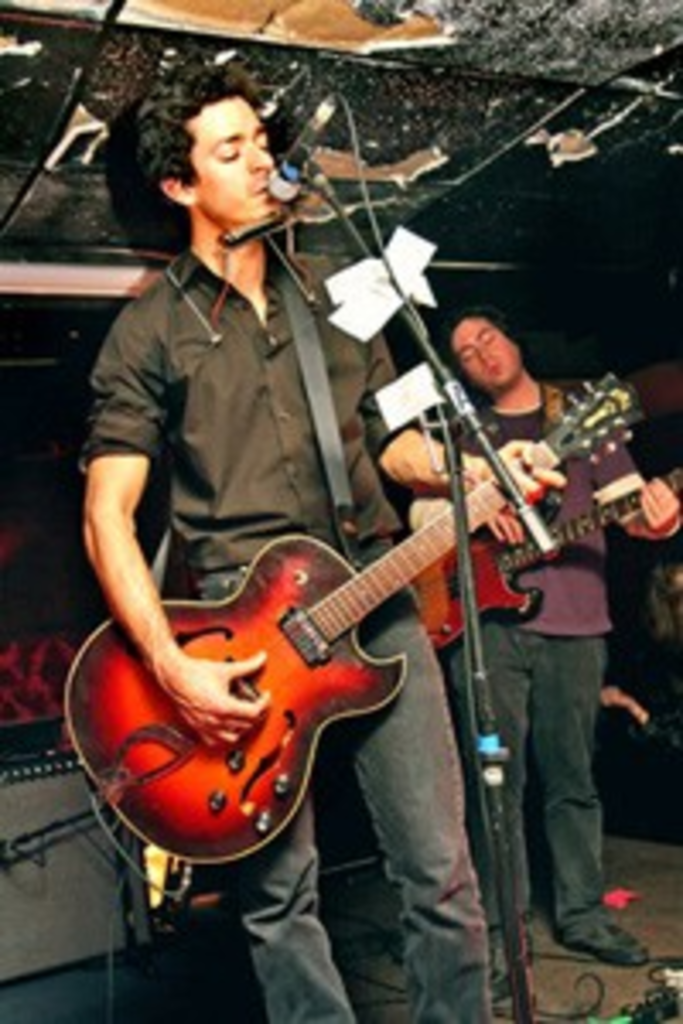 There are live shows that make me resent the smoking ban, and A.A. Bondy‘s set at the Jackpot on Friday night was one of them.

Between the dim red stage lights and the slowly swaying crowd, a cloud of hovering smog would have added the perfect atmospheric touch to this melancholic folk singer’s performance. Crooning in a husky Southern drawl, Bondy’s lyrics and stage banter from the Jackpot’s stage were almost unintelligible – but Bondy let his twangy, whiskey-soaked fugue speak for him.

Blending moody Americana with disaffected blues, Bondy’s songwriting pinpointed the sound of coming down from a bender in a rural Midwestern town. Gruff, distorted vocals and lingering electric guitar conjured the howl of coal trains and the grit of gravel throughout Bondy’s short set, which focused on his 2009 release When the Devil’s Loose.