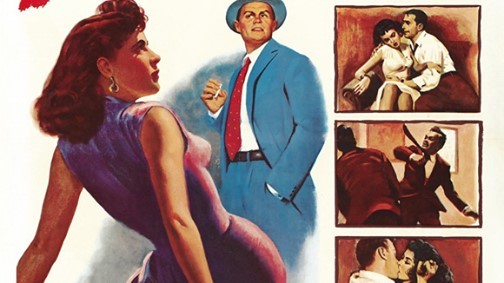 Until last month, Kansas City was a great place to catch movies that weren’t playing in multiplexes.

Though the Nelson-Atkins Museum, the Tivoli was again offering independent and imported movies as the Fine Arts Group and the Rio had been doing all along. The Screenland Armour and Tapcade theaters and the Alamo Drafthouse Mainstreet knew how to turn moviegoing into a party, and the Stray Cat Film Center offered a home to worthy films that aren’t in anyone’s Netflix cue.

While COVID-19 has shut down local theaters, there’s still a demand for the films these places used to show, and many of the exhibitors are trying to get these movies ready for home viewing even if the customers now must provide their own concessions.

On 8:00 p.m. Saturday, and every other Saturday after that, the Stray Cat is presenting a film series called Decadent Demolition, promising “explosive fun” but refusing to indicate which films will play.

As with some of the presentations, they used to make from their auditorium on Broadway, the movies will be a mystery until they start playing. You can catch them here and make donations here. They were the one place in town where a person could see both William Wellman’s gangland classic The Public Enemy, starring James Cagney, and the 1972 German New Wave masterpiece The Bitter Tears of Petra von Kant on the big screen.

The Tivoli is streaming current movies, and charging $12 a film. Fifty percent of fee helps keep the auditorium going. Screenland is offering a similar deal for the same price. Today, Screenland is also offering souvenirs, curbside treats and spirits. They also have a Patreon site. In addition, the Fine Arts Group is taking donations to keep going until the curve is sufficiently flattened.

Distributors are getting into the act as well. IFC Films is celebrating its 20th anniversary by making nearly 200 films from its deep catalog including Frances Ha, Y Tu Mama Tambien, Touching the Void, Cave of Forgotten Dreams, Boyhood and The Babadook available to theaters when they reopen. The company will not be charging rental fees. Similarly, Lions Gate and B&B Theatres are presenting Dirty Dancing at 8:00 p.m. tonight and will be presenting other films like John Wick later.

Madison’s selections have ranged from obscure delights to unintentional hilarity (Reefer Madness, which warns viewers about the dangers of marijuana without having a clue what they might actually be) to bonified treasures like Suddenly, in which Frank Sinatra terrifies the residents of a small town as he tries to kill the president. It’s worth catching simply for the fact that it’s the only time the Chairman of the Board played a bad guy and did it well.

Now that people can’t come up for a Cuban latte at the shop across the street from the Loretto on 39th, Madison has upped her game. She always accompanied movies like Ida Lupino’s The Hitch-Hiker and Otto Preminger’s The Man with the Golden Arm, in which Ol’ Blue Eyes plays a heroin addict, with short subjects and cartoons. This is what you would have seen if you had caught the movies in the theater during the 50s.

“Because I have more time on my hands now, you may have noticed that I’ve beefed up with some bumpers in between the offerings now on the Facebook versions. I’m just trying to make it a fun whole program,” says Madison by phone.

“I’m just trying to make it fun for people. Any time when things get hard people need escapism. It doesn’t mean you’re not paying attention. Sometimes you need to relax and take a break for an hour or two from all the craziness. You get to watch an exciting movie and to see it with other people. I talked to a lot of people, and they go, ‘I’ve never seen a black-and-white movie,’ and I’m like, ‘There’s some really great stuff.’ I think people get caught up in the action and the explosions.”

Many of the films Madison has highlighted were released before Hollywood started enforcing the Hollywood Production Code of 1933. This means in the former movie, actresses deliver expositional dialogue in their underwear, but Stanwyck also righteously confronts a sleazy criminal played by Clark Gable in a manner that would been deemed too unladylike for public exhibition a few years later.

In her latest “Bad Girl” presentation, which went to Facebook last week, Madison presented Fuller’s 1964 offering The Naked Kiss where a former prostitute (Constance Towers) tries to rebuild her life in a small town by working as a pediatric nurse. The opening sequence is a sordid delight when she clobbers her pimp by pummeling her pimp with a shoe. She does it with such fury that her wig falls off, revealing her shaved head.

Even today, Fuller’s movies aren’t for the faint of heart.

When asked how she got the idea to feature movies with these themes after talking with a friend, Madison recalls, “We made a pizza, and I showed her one of my favorite films, Barbara Stanwyck in Baby Face (1933). It was so outrageous. Some other people came by and I thought, ‘I’ll bet the neighbors think we’re watching pro football because we were yelling at the TV, yelping on the couch.”

This might be because Stanwyck uses men as steppingstones in the film. It’s worth catching just to see her reduce John Wayne into a lovesick schmuck.

“It was so much fun that I thought we should make a series of it,” she recalls. “Maybe they’re bad girls, maybe they’re not. You had a little twist to it so that you could use your own judgment.”

By presenting the films on Facebook, viewers can talk with each other about the content of the film the way they used to in the parking lot. There was a particularly lively discussion after The Naked Kiss.

Downbeat takes donations. It’s no substitute for being able to serve coffee to patrons on a steady basis, but it does keep her going emotionally until she can reopen the shop.

“It’s been stressful not having my business open. I’ve had some very nice donations coming in. Even if it’s not large amounts, it’s the idea. Oh, people care.”

In addition, the Fine Arts Group is taking donations to keep going until the curve is sufficiently flattened. They also are also streaming films at their site.