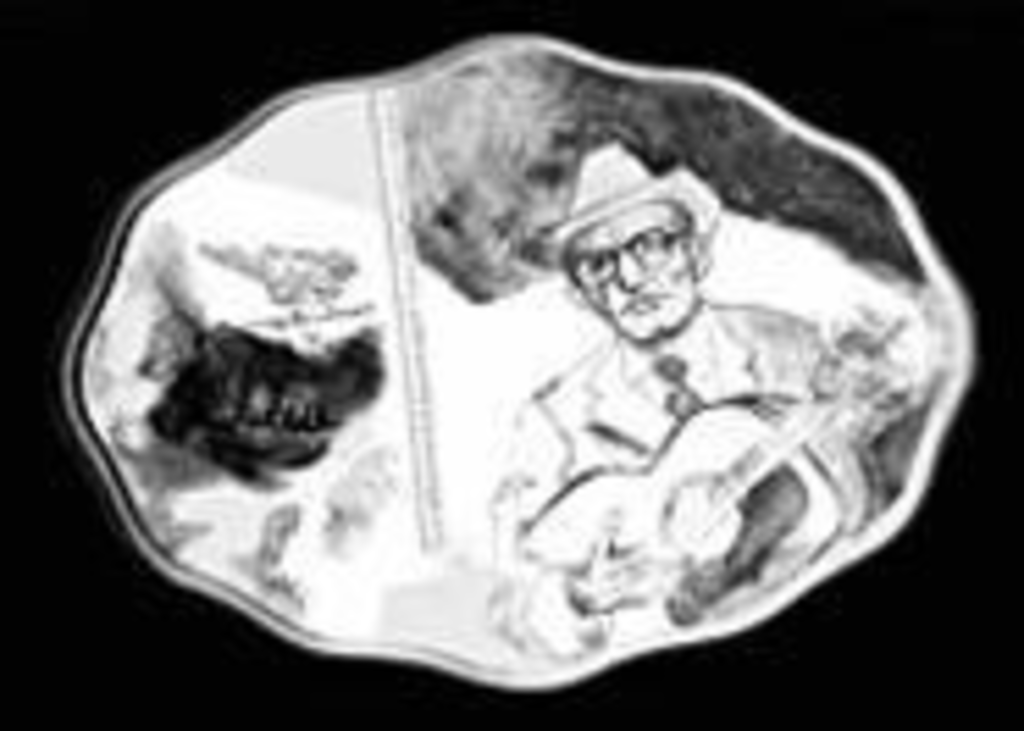 There is, in hell, a special place reserved for people who write boring artist statements. We say this not as authorities on eternal punishment (though we do look forward, with morbid curiosity, to having such expertise) but as people who read a lot of boring artist statements. So it’s no small achievement that Tara Nicole Tonsor, the artist putting on a show called See(k) at Olive Gallery (15 East 8th Street in Lawrence, 785-331-4114) at 6 p.m. Friday, has managed to endear us with written descriptions of her work and influences. Rather than trying to woo viewers with lofty references to vague themes, Tonsor sticks to the commonplace, and she’s not apologetic about it. She likes Kansas sunsets. She enjoys driving nowhere. She’s way into late-night cheeseburgers. (And late at night really is the only time for a greasy one.) If you don’t make it Friday night, you can always see Tonsor’s work while stocking up on sketchbooks during store hours, from noon to 9 p.m.—Gina Kaufmann

You have two options every Saturday: Wake up and be productive or bury your head in the pillows and righteously waste your day. The latter has its appeal, but there’s something salt-of-the-earth about starting your day off right. If you’re at a loss for what that right thing is, a sci-fi film at 10 a.m. is probably a good first step. The John Thonen Memorial Film Festival, every Saturday morning in April at the Glenwood Arts Theater (95th Street and Metcalf in Overland Park), kicks off with 1953’s Invaders from Mars, an alien invasion metaphor for the Cold War.

Other Saturdays in April will feature effects-light The Crawling Eye and Ed Wood trashterpieces Bride of the Monster and Plan 9 From Outer Space. Eating Twizzlers at 10 a.m. is entirely your call. Admission is free, but a donation to benefit the late Thonen’s family would be appreciated. Call 913-642-4404 for more information.—Christopher Sebela

Sidewalk Sermon
Y.J.’s wants to save your soul.

God is totally hot right now, thanks to that Mel Gibson movie. Luckily, now we can get a religious fix that doesn’t require us to get up before 11 a.m. Every Sunday from noon to 4 p.m., weather permitting, Y.J.’s Snack Bar hosts Sidewalk Sunday Services. Gospel music, led by “Professor” Dave Creighton on an old 1950s organ, floods the neighborhood surrounding the 128 West 18th Street location. Fare served inside includes candied yams, collard greens, cornbread and barbecued cinnamon rolls, all guaranteed to assist in the saving of souls, according to owner David Ford. Call 816-472-5533 for details.—Annie Fischer

The first Friday of every month, Josh Powers plays records that actually get people dancing. The DJ starts his sets at the Eighth Street Tap Room (801 New Hampshire in Lawrence) around 10:30 p.m. with funky jazz and mellow reggae. Then, around midnight, he plays heavier rare funk and soul. “If you’ve got it in your soul, you’ll get down,” Powers promises. We believe him. For details, call 785-841-6918.— Michael Vennard