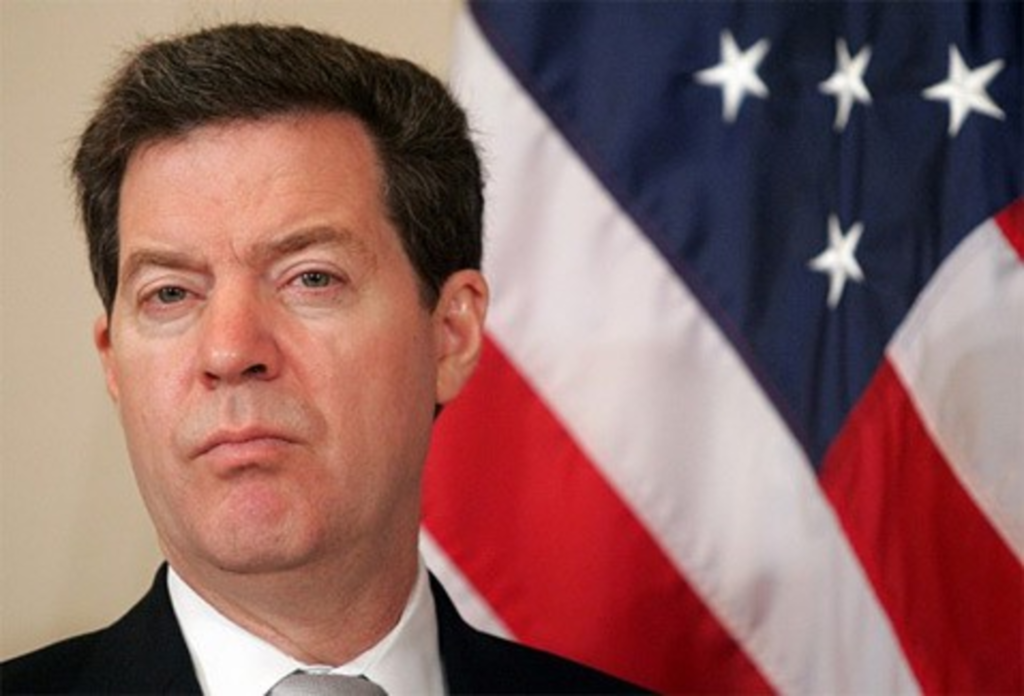 Kansas Gov. Sam Brownback keeps getting knocked around for his tax policies. Sure, they’ve always sounded really bad on paper and there’s zero evidence that they actually work. But give the man and his ideas some time! Don’t these lamestream media outlets and liberal think tanks realize his financial gutting of Kansas’ schools, libraries, arts, health services and social services is designed to help the working class?

What are you doing? Don’t look over there!

Two years ago, Kansas Gov. Sam Brownback laid out an aggressive program of tax cuts to turn this slow-growing state into a Texas-like economic powerhouse – and serve as a model for Republican leaders in other states.

So far, the results are serving as more of a warning than a beacon. Employment growth is below the national average, while Kansas faces plunging revenue, dwindling reserves and a rare debt downgrade.

The article notes that neighboring states who once considered tax policies similar to Brownback’s but ultimately opted not to, like Oklahoma and Nebraska, have taken a look at the results and been all like:

“Everything we were hearing out of Kansas is what they did is probably something we shouldn’t want to rush into,” Nebraska state Sen. Paul Schumacher, a Republican, told the Journal.

Hogwash. Nebraska and all those other horseshit states just don’t have the stomach to stick with bold ideas and see them through. We salute you, Governor! Just let us know when our children can go to school again!