Comment of the Week: You’re too damn creepy to teach sex ed 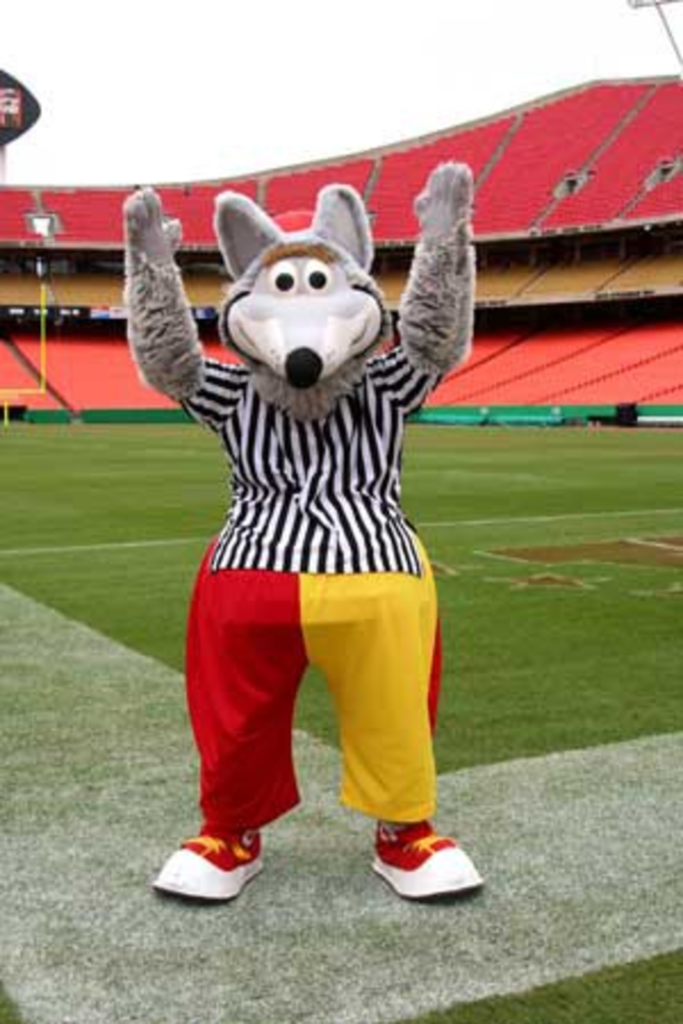 Furries everywhere were crushed earlier this week when we reported that the Chiefs’ mascot, KC Wolf, would be the featured speaker at an abstinence-only rally Saturday night in Raymondville, Missouri. The apparently literal sheep in wolf’s clothing is Dan Meers, and based on the Chiefs’ Web site, he’s sleeping all alone on a giant mattress of cash. The Wolf gets paid $250 for a charity program appearance, $325 for a school program, and $250 for a birthday party.

Comment of the week goes to Podunkboy, for this analysis of KC Wolf’s abstinence program:

As a father of two girls, I can’t really come out AGAINST abstinence before marriage, I just don’t want some stinky furry beast delivering the message to them. I’ve always thought guys who put on those outfits are too creepy to be around young ladies. But shame on him or the organization for charging to do educational appearances.

Maybe the talk is more about the Wolf convincing himself than us. Would you sleep with a guy with this outfit in his closet?