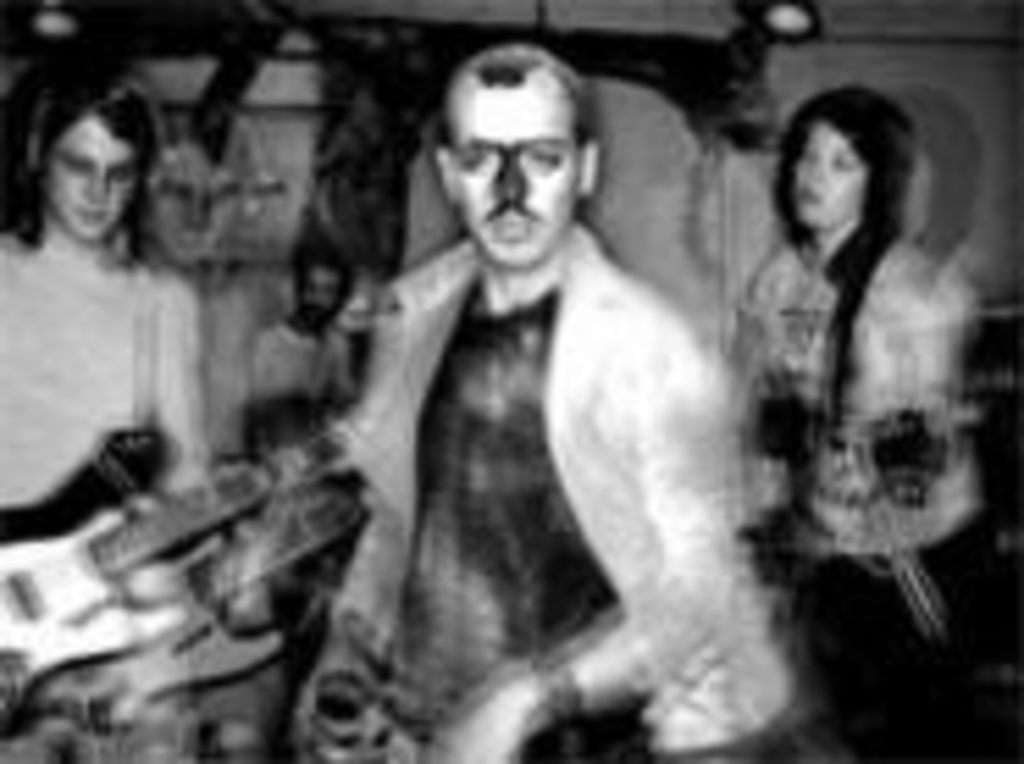 When the Ssion‘s Cody Critcheloe and I met to listen to his band’s new 7-inch, there was nothing especially punk about our afternoon. I did take notes on fliers I’d pocketed from the Broadway Café. And we did go off on a lengthy, heartfelt tangent about how real underground culture is dead, which I guess is pretty punk. But mostly, we listened to his band’s music, watched the video features on the accompanying CD and talked about how the Ssion has changed since the first time I wrote about the band three years ago.

Old Ssion shows were prerecorded by band members and acted out more than sung, with extremely lo-fi animated videos projected behind the bizarrely costumed performers. Over time, this kind of gig lost its spontaneous energy for the crew. This feeling was solidified when Critcheloe attended a show by the Faint and saw that band’s video-and-stage performance. “It really put things into perspective,” he says. “I didn’t go dance at all. I just stood back and took in the whole show. The band didn’t really even need to be there.

“I don’t know why anyone who creates anything would want to stick with the same format over and over again,” he adds.

The video for the new disc’s title song, “World’s Worth,” shows the Ssion transforming from its old, antic-driven self into its new, legitimate-band self. At the beginning, Critcheloe wears his old, skintight cow-with-crotch-udders costume; stand-ins Jaimie Warren and Laura Frank put on the band’s old chicken and lion suits, respectively. Over the course of the song, the wild menagerie is replaced by Critcheloe’s current black-clad, shaggy-haired, cigarette-smoking backing band, and Critcheloe reappears in people clothes (a blazer!) to front the outfit.

As if to undercut the transformation, an angry fan appears in the video, speaking candidly about how she used to like the Ssion but is now just bored. She says she hoped that getting wasted would help but so far even that isn’t working. Her rant is so deadpan that it appears staged, like a scene in a mock rockumentary. In fact, this young woman is venting in complete sincerity. “I always try to get the live shows on video, because you never know,” Critcheloe explains. “And this girl just started going off. It’s perfect. That’s the kind of thing I live for,” he says with glee.

Everyone in the band now is a real, honest-to-God musician, notably Rachel Helms — who was in the Ssion during the band’s pre-Kansas City Art Institute, Kentucky high school years. Critcheloe calls her “the greatest woman in rock.”

But just because he’s in a genuine punk band doesn’t mean Critcheloe has lost his sense of humor. The third song on the “World’s Worth” single is called “Smells Like Teen Spirits.” It’s a cover of Tori Amos’ cover of Nirvana’s “Smells Like Teen Spirit.” It sounds like a lawn mower humming really loudly, with a speeded-up version of the grunge-era anthem playing in the background, sans bass. “This is one of my favorite things the Ssion has ever done,” Critcheloe says excitedly. He laughs the whole time the song plays, occasionally piping up to say, “It’s so bad! It’s so bad!”