Comedian Margaret Cho couldn’t be happier about being mad 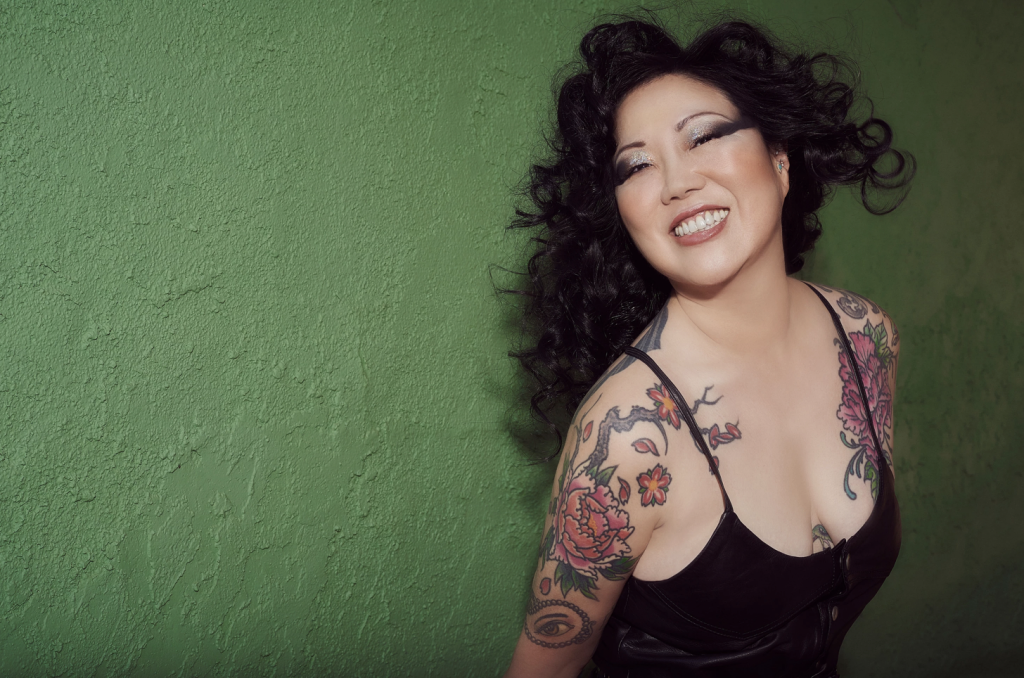 Margaret Cho has had it—officially. The outspoken, influential comedian has made headlines over the last few weeks in several interviews lambasting the Republican party, the Supreme Court, and anything pertaining to pending anti-LGBT legislation. In fact, mere days ago she told The Hollywood Reporter the imminent reversal of Roe v. Wade and threats to gay marriage were “disgusting.”

It’s all put a fire in the belly of the queer, pro-choice comedian, who stars in Hulu’s well-received, new gay rom-com Fire Island.

Now that the Emmy nominee is back on the road (including an appearance this weekend at The Comedy Club of Kansas City), she says she’ll be skewering everything with her blistering blend of take-no-prisoners humor. “All. The. Things,” she says. “It’s about fighting back.”

We caught up with Cho last Friday where she toggled between sincere, seething, and silly. (It helped that a gay pride bouquet of flowers had just arrived right before our interview. More on that in a minute.)

Margaret Cho: Wow. I love it. Thank you. Props.

I watched Fire Island just a few days ago. What has response been since it debuted?

It’s been really positive. People love it—and I love it too. It’s incredible to be in a film written by Joel Kim Booster. We had a blast shooting on Fire Island.

Do you consider Fire Island your homo away from homo?

It is! They’re kinda the same. The same sort of spirit and feeling. They’re both very important places for me. Both are incredible. I hadn’t been for a bit because of the pandemic. It didn’t feel like summer really happened—because I go to both places every summer.

Did you have a favorite scene in the movie?

It’s when they’re all at the underwear party. Tomás—who plays Keegan—tells Noah that they could go to the party and there would be so many people there that nobody would know they’re there. The language that Keegan that uses—it’s so obscure, and gay, and garbled—but you understand every word. It’s so funny. (Bowen Yang and Joel Kim Booster are truly revelations, yes?) They are so special. Funny. Gorgeous. Really creative. This is all from Joel’s vision and his script. They did such a great job with acting—and they’re so beautiful in it.

I heard you pestered a bit to get involved in the film. Mine! Mine! Mine!

Yes, although I didn’t know that role was free. I was looking to just do a cameo—like (NYC drag queen) Peppermint. Actually, my real best friend is in it—John Roberts—who is Linda Belcher on Bob’s Burgers. He plays the guy in the grocery store that says Cheez-Its are homophobic. I always thought I’ll just do a quick cameo like John. But the part was available and was written for a man initially and they changed it up … and it was perfect.

Like your character in the film, are you a bit of a Mother Hen in real life?

That is accurate. I have a lot of chickadees which is really special. And also, I’m a gay daughter and have a lot of old gays, so I have my own mother hens as well.

And I love that the film is so sex-positive.

It is—and that’s really important. The thing about places like that—Fire Island—sex is, in a lot of ways, just a detail. It’s not always attached to a love story. I mean, it can be—but it can be its own sort of activity. Like water skiing, boating—or anything on the water.

Good to be back on the road? Tell me about your new material. What can Kansas City expect?

It’s, to me, one of the great joys of life—I love stand-up comedy and traveling and being a part of live entertainment.

And—All. The. Things. It’s about fighting back about all the anti-gay legislation that we’re trying to cope with. I’m looking to gay things up even more. To me, why would you try to outlaw children at drag shows? It’s the weirdest thing to me. Drag is the most innocent, playful, and not-sexual thing in gay society. It’s, like, the most cartoonish part. (For God’s sake, there are feather boas!) I know! And to think that’s a threat is a real stretch.

It’s also very tragic they’re focusing on that when they’re not focusing on getting rid of guns. This is the big problem—but for some reason they’re trying to divert to things that don’t make any sense.

And I love that you’re coming during Pride month. It’s serendipity.

It’s really special—and Pride is really important now more than ever, I think. We’ve got to be out there. I’ve been going to Pride since 1978 and I’m very excited to celebrate.

I read yesterday that gardening is your jam. It’s your mental health palate cleanser—why is that?

Just the joy of seeing something grow. I always thought I was bad with plants, but I’m actually really gifted with it. I truly have a varied spectrum of plants. Ooh, and I have a huge gay pride bouquet in front of me from Netflix. An incredible array—it’s for the stand-up special (Stand Out: An LGBTQ+ Celebration) we all did last month which just came out (Thursday). Joel Kim Booster is on it, Bob the Drag Queen, Sandra Bernhard, Wanda Sykes, Billy Eichner—gosh, everyone. Everybody is on it. It’s really good.

And—the vase—look at the glass, it’s not green glass. It’s actually the stems of the flowers wrapped around. Isn’t that beautiful?

Yes! Do you still get starstruck? Who was the last celeb you lost your shit over?

Also, maybe Lady Gaga. And Katy Perry. Lady Gaga and Katy Perry used to open for me in 2007. And I didn’t get to meet them. (What?!) Yes, I was there so much later—at a Dinah Shore (event). I never met them because I was always so late. I would like to meet Madonna. I’ve never met Madonna. (Or Dolly!) Dolly sent me a bunch of her make-up in the 90s when she launched her make-up line. I still have it actually.

‘Fess up, what’s on your iPod right this second?

I have been listening to Dogleg. One word. They’re very good. It’s power pop. I love power pop—it’s a very specific genre of music.

I love it. To me, it’s a really special place. I’ve done Pride there. I’ve gotten really stoned there actually, which is super weird. It seems like a conservative place, but there’s a lot of bastions of good weed. Although I don’t smoke pot anymore—but I remember being really stoned there. (I don’t mean to blow smoke, so to speak—but the last time I interviewed you in 2013, I’m pretty sure you were really stoned.) Probably! Also, I used to do shows at the gay bars there—like after the drag shows. Like, early 90s—a really long time ago, but it was really cool.