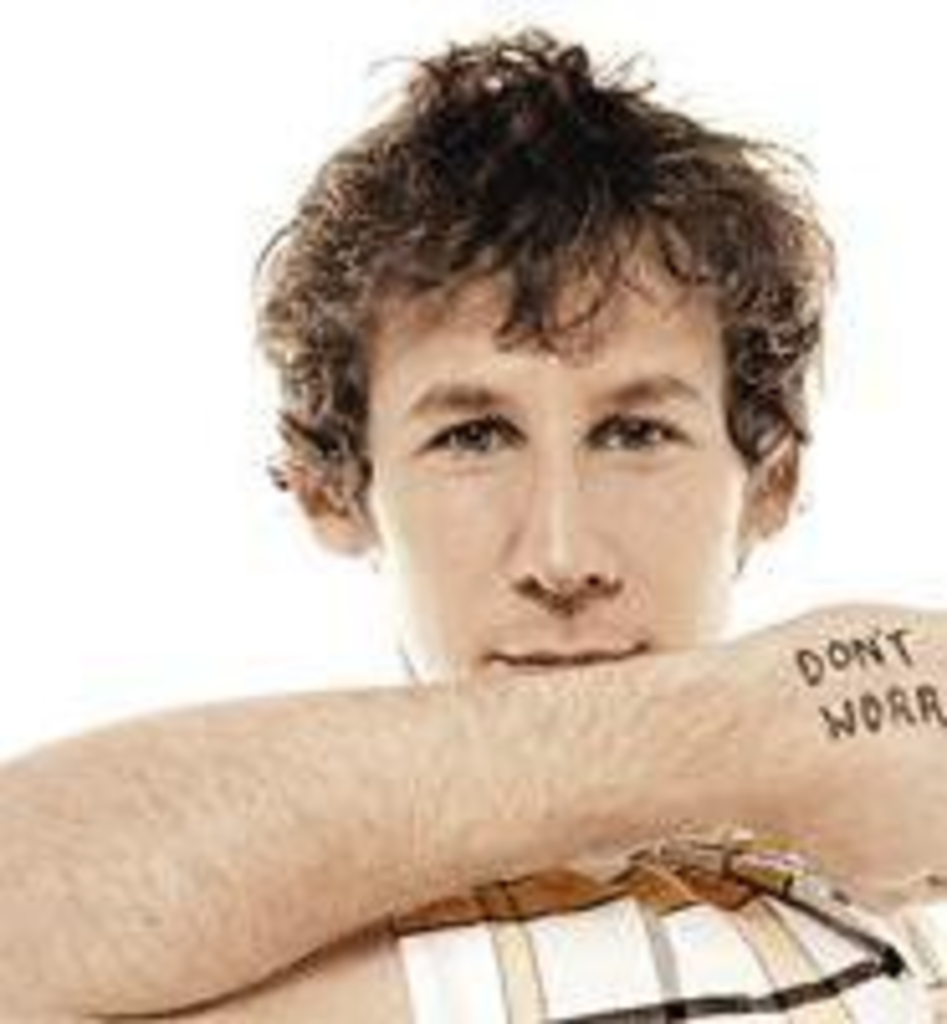 Ben Lee, the pop bard of Bondi, Australia, used to be known as that kid from punk band Noise Addict. Then he was known as Claire Danes’ boyfriend (and then as Danes’ ex). These days, he’s just Ben again, touring his ass off and churning out pop numbers as buoyant as he is when you sit down with him for a cup of tea. If his energy could be bottled and mass-marketed, war, poverty and all things untranscendent in music would go the way of the dodo.

Your music, despite having an unabashedly giddy addictiveness to it, gets at something pure in the human experience.

It’s a heart thing, you know what I mean? With my music, it’s not a brain thing. With a lot of people in music, journalists can explain to you why in the history of rock music this is important, because it uses this influence or that influence, being clever because of this or that. It’s not like that with my music. You either feel the vibration in your heart, or you don’t.

How has Buddhism changed the way the punk-rocker Ben Lee, the rock brat signed by the Beastie Boys, makes music?

It’s not about whether you like it or you don’t. It’s about if it’s pure or not. Is it real? And if it’s real, it changes you and you’re never the same, whether you like it or not. When I look at music, that’s the big problem with music critics and the like — they’re obsessed with the things they like and they don’t like. They’re not looking at the inherent, transformative power of a work. Do the people who view this work walk away differently? Yes or no. That’s what’s important to me.

What are you trying to bring to your music these days, then?

Hope is a decision, too. We live in a world where people choose darkness all the time. When people write songs, they choose to write on the wrong in their life. You even have a lot of songwriters who’ll tell you, “I can only write from pain.” No one knows how a song is written. Don’t tell me you can only write from pain. You don’t know how you write songs. I don’t know how I write songs. But what you hear when they’re talking like that, you hear the psychology at work of a culture obsessed with negativity, afraid of the light. And for me, I’m interested in light. I’m interested in healing. I’m interested in growth. I’m interested in how people operate at their full potential, at that superhigh-frequency stuff. So for me, that’s where the punk-rock training comes in, that subversive element. That I have to say, ‘Even in a world this way, I believe there is value to a different way of thinking.’ And that’s when I fall back to the way I felt when I was 13 years old and I saw Nirvana. Or the way I felt at these great moments. I think of the fact that all great ideas were at first blasphemy.