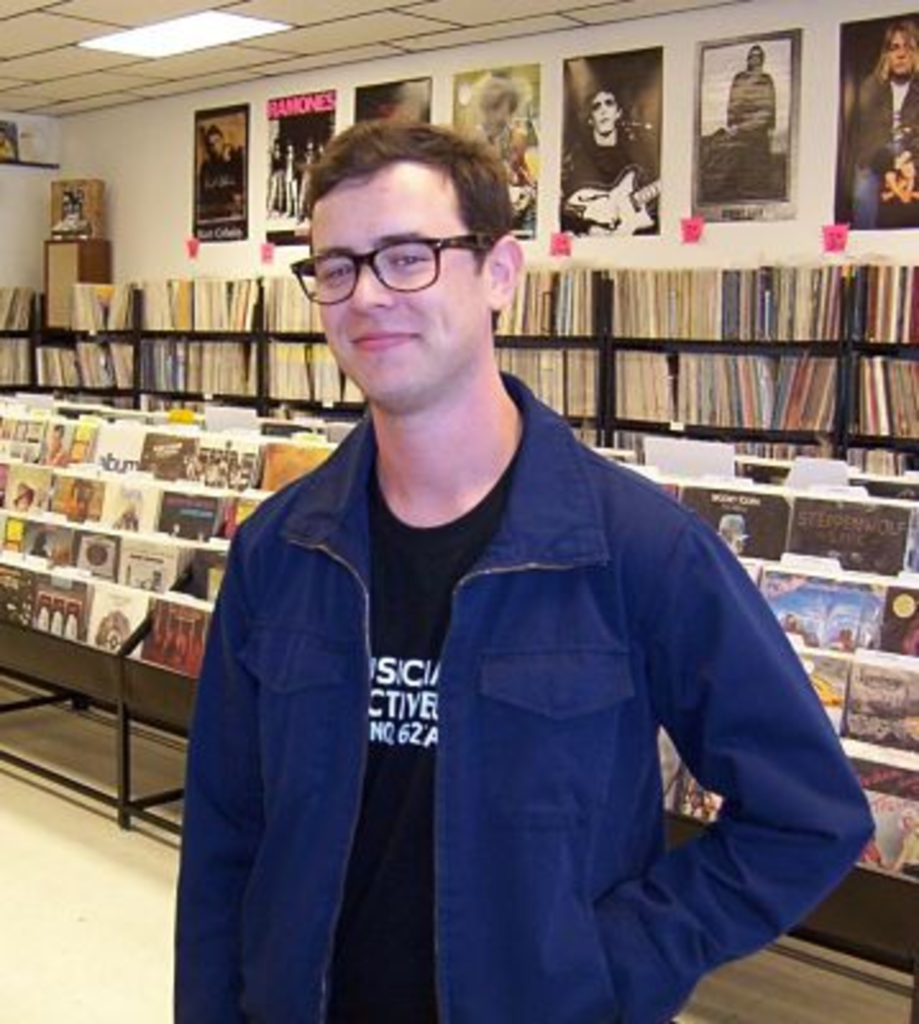 Thanks to Dan Phillips, owner of Vinyl Renaissance, for sending along this paparazzo-worthy photo of actor Colin Hanks stopping by Phillips’ Shawnee record store on the way to a film shoot in Iowa.

Fans of Mad Men will recognize Tom Hanks’ brood as the guy who played Father John Gill, the earnest Catholic priest with a taste for Peter, Paul & Mary, in Season 2. Father Gill sings the folk trio’s song “Early in the Morning” at the end of the episode “A Night to Remember,” the one in which poor Peggy is conscripted to designing a flier for the church dance. (Let me pause for a minute and sigh as I think about how much I love that show.) … I couldn’t find the clip of the padre singing on any English-based sites, but here’s a Greek(?) site that has it.