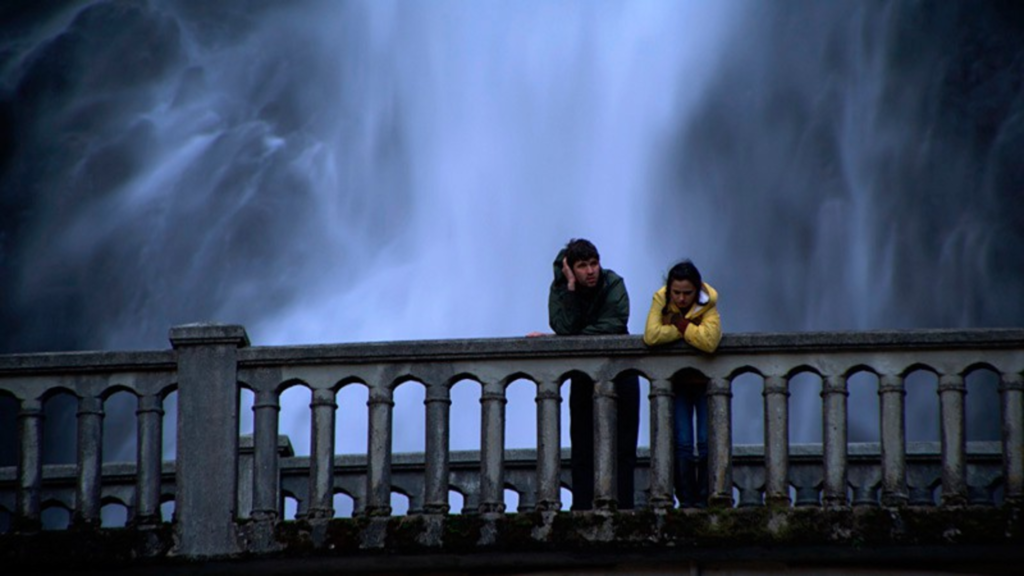 Cold Weather opens with college dropout Doug (Cris Lankenau) and his older sister, Gail (Trieste Kelly Dunn), preparing dinner for their parents. Having abandoned plans to become a forensic scientist, Doug takes a minimum-wage job at an ice factory by the railroad tracks, where he bonds with Carlos (Raúl Castillo), an aspiring DJ. The social network is complete when Doug’s ex-girlfriend, Rachel (Robyn Rikoon), returns to Portland on an undisclosed mission from Chicago.

Carlos invites Doug to a Star Trek convention. Doug, uninterested, suggests that he take Rachel. She accepts but then disappears.

Steadily building in intensity from sluggish interest to mild excitement, Cold Weather is a slight movie with a long, circuitous fuse.