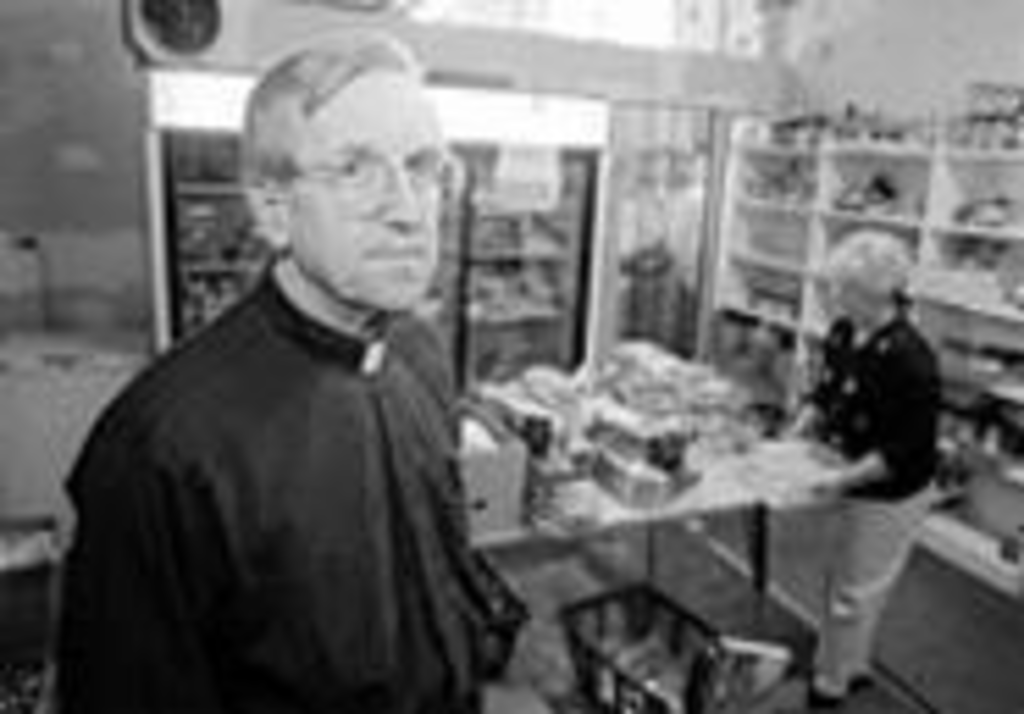 On October 31, 2001, as Kansas City basked in a sunny and warm autumn that seemed it might last until June, City Hall abruptly e-mailed cold news to three Kansas City charities: Effective immediately, no more city money would be available for needy residents’ rent, heat, electricity or water payments.

Now that warm weather is also unavailable, the Emergency Assistance Program’s demise is more chilling. Though Missouri law prohibits electric and gas utilities from shutting off heat when temperatures dip below freezing, customers who lose service during warm spells can’t get reconnected without making payment arrangements, regardless of the weather. Because of high gas prices last year, many utility customers were already behind on bills before the current cold snap began.

“I wake up in the morning and don’t know when I turn the faucet on if the water is going to be turned off,” says Sheila, a 37-year-old single mother of two young boys. On a recent day, Sheila sorted through donated clothes at St.Vincent’s Operation Breakthrough. She was laid off in July from her job as a sewing-machine operator, where she earned $7.35 an hour. Sheila’s utility bills have mounted, and shutoff notices have arrived in the mail: $90 for a water bill, a $220 gas bill, $166 owed for electricity. Under the Emergency Assistance Program, Sheila could have received up to $250 in utility subsidies, enough to stave off utility companies while she seeks work.

The program’s termination shocked directors at the three private charities that distributed the city’s funds. “The program was axed at the snap of a thumb, with less than 24 hours’ notice,” says the Reverend Tom Ford of the Metropolitan Lutheran Ministry. “This thing was done on Halloween: ‘Trick or treat, your money is gone.'”

Diane Rojas, associate director of social services for the Guadalupe Center, missed the e-mail notice at first and found out from a client the program had been discontinued.

“The client said, ‘I called that number, and they say they don’t have funds anymore,'” recalls Rojas. Now the hotline features a recorded message referring the needy to the Mid-America Assistance Coalition.

Last fiscal year, 2,546 people called the city’s EAP hotline, and 539 families received city-funded rent- and utility-assistance grants through the Metropolitan Lutheran Ministry, the Salvation Army and the Guadalupe Center. Begun in 1972, the program served those on the verge of homelessness, including wage earners with incomes below the poverty level and elderly people subsisting on fixed incomes.

Bob Mohart, director of Neighborhood and Community Services, stands by the city’s decision to cut the program. Residents’ gas bills will be lower this winter, he predicts, and maybe federal programs will take up the slack. City Manager Bob Collins had ordered him to save money in his department, and a recent survey answered anonymously by city council members and department directors ranked social-service spending as a low priority. About $70,000 remained to be distributed from the EAP’s $120,000 annual allotment when it was cut.

“When you see pockets of money, $120,000 here and there, you’re going to take it,” says Mohart. “I was given a dollar amount to come up with [for budget cuts]. I’m thinking, ‘Okay, that one may not be missed.’ I thought it would be missed less than others.”

But Kansas City’s social-service agencies — with lagging donations and more clients knocking at their doors — already miss the program. Since November 1, the agency to which the city’s hotline now refers callers has received 1,317 requests for help with gas bills.

About one-third of the 400 children in day care at St. Vincent’s Operation Breakthrough at 31st and Troost come from homes where at least one utility is already off, says Kim Davis, director of social services. This winter, calls for utility assistance have increased at the center. “I used to get three or four calls a day,” Davis says. “Now I get thirty or forty.”

The emergency program’s clients typically do not benefit significantly from other programs, such as Kansas City Power and Light’s cold-weather plan, which allows customers to make smaller payments for up to a year, and Missouri Gas Energy’s “Neighbors Helping Neighbors,” in which utility customers donate to assist others. The city water department offers no special assistance for past-due customers, other than payment plans or referral to local social-service agencies.

The office of management and budget recently called for $22.5 million in cuts from the budget for fiscal year 2001-2002 because of lower-than-anticipated revenues as a result of the national recession. (The 2002-2003 budget proposal submitted last week to Mayor Kay Barnes seeks $54 million in cuts.) But directors at the three social-service agencies don’t see hard times at City Hall as an excuse for the city’s giving no advance notice of the EAP’s termination.

“There was no discussion [with us],” says Rojas. “[Mohart] did not have any kind of meeting with the providers, not even a week to get us together and say, ‘Hopefully, we can pull something together.'” Directors of the agencies met with Mohart on December 13, hoping to persuade him to restore funding for the EAP or find a suitable alternative. That meeting, however, proved futile.

“If you’re looking for an official notice, I’ll send one out today,” Mohart replied when questioned by the group about the last-minute warning of the program’s cancellation. “The money’s gone.” But the people the EAP helped are still out there, bracing for a winter with no heat, or in the worst case, no home.

“If these funds are not restored, people living on the edge of homelessness could become homeless,” Ford says. Last October alone, Metropolitan Lutheran Ministry assisted 21 families, using $3,175 from the EAP. The Guadalupe Center received an average of five or six applications daily for emergency assistance — roughly 1,248 families a year. The city can’t expect churches, synagogues and not-for-profit agencies to do everything, says Ford.

“The Emergency Assistance Program was one way they were able to partner with the private sector for the common good of the city,” he says.

At City Hall, however, that severed partnership was only one casualty of a budgetary bloodbath. Additional cuts in the Neighborhood and Community Services office this year include a $35,000 reduction in 18th-and-Vine-area programs, $25,000 slashed from the Summer Food Program for children, $25,000 deducted from weed-removal and cleanup services of the city’s vacant lots and a $121,296 hit to the Neighborhood Improvement Program. Demolition funding was also cut by $334,804. More cuts are expected as budgeting continues, but the loss of the EAP has already dealt a considerable blow.

“A lot of these people the program helped are working poor making minimum wage who got hit with gas bills of $300 or more each month [last winter],” says Rojas, who adds that many are still paying off those bills. “In a household of four or five, with Mom and Dad making minimum wage, all you have to do is the math. They’re going to have to make choices: Do we buy food or pay the utility bill?”