Cody Critcheloe’s Monday-night return to KC, with new songs, is your bonus after a good music weekend 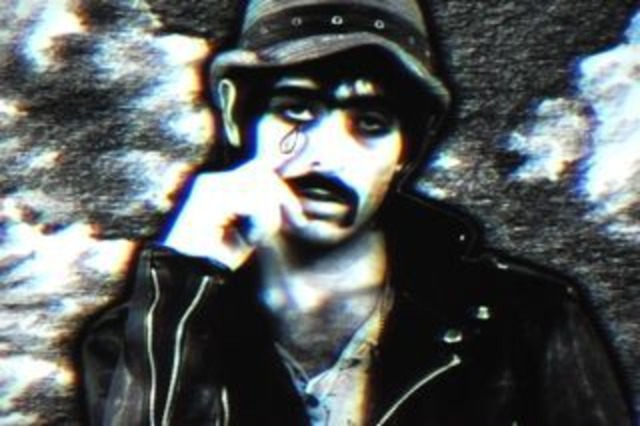 Cody Critcheloe was tired of his face.

One problem: The face (his face, other people’s faces) has been his muse. Critcheloe’s face has appeared in most of the videos for his longstanding music-slash-visual-arts project Ssion. And his other videos have been just as focused on human features — from Piper Harrow lipstick-kissing a mirror in “Earthquake” to the black-and-white images of grinding clubgoers in “LUVVBAZZAR.”

But for Ssion’s latest album, a so-far-untitled, star-packed collection from which he’ll debut material here at the RecordBar Monday night, he found inspiration elsewhere: in houses.

Critcheloe, a graduate of the Kansas City Art Institute and a former longtime resident, found himself in Palm Springs, living (and writing much of that album) in a trailer that had housed a shut-in artist for the prior handful of decades. When he arrived there, the decor looked like it had been cryogenically frozen in the mid-1970s and thawed just before he arrived. It was beautiful and weird, Critcheloe told me this week; the artist was an old woman who had fixated on patterns — so much so that she decorated walls to match the bedspreads. This place is perfect. That’s the thought Critcheloe told me he had when he arrived.

Then there was fashion designer Halston’s New York apartment, on 63rd Street in Manhattan, a photograph of which resonated with Critcheloe as he was writing songs. In the photo, Halston sits in an armchair, smoking, with a pekingese named Peke on his lap, surrounded by this hypermodern space, all white and black and quintessentially 1960s modern. Behind him, employees stand, their arms crossed — his chef, his butler and, who knows, perhaps his bartender. That whole aesthetic stayed with Critcheloe. To him, the room vibrated coolness, down to the portraits of Andy Warhol and Liza Minnelli on the walls. “It would be amazing if this was a band,” he told me as he talked about the photo. “If he was the singer, and these were the band members, and they were throwing this party.”

These elements make up the visual backdrop for the songs on the new Ssion album, a collection that Critcheloe says feels more like a hodgepodge of separate songs than a single, thematically cohesive work. One of its pulsating, ass-shaking songs is a duet with alt-pop star Sky Ferreira. Another is a collaboration with avant-garde songwriter Ariel Pink. There’s a track with Hole drummer Patty Schemel, and there are other co-stars. “It’s very crazy. It’s really cinematic,” he said of the record. “It’s hooky, catchy. But it flows more like a mixtape, I guess.”

Onstage at the new RecordBar Monday, it will just be him, a guitar and a collage of videos — clips of Bette Midler, images of plastic surgery and chiropractic adjustments, other seemingly random pieces — that speak to the visual images conjured by his new songs, and his experiences in Palm Springs and New York. Shows like this, Critcheloe told me, help him workshop the imagery he’ll eventually attach to videos or movies for which the music will serve as a backdrop, rather than the other way around.

Critcheloe doesn’t have a label yet. He wants to find one ready to back his visual delivery of the music as well as the songs themselves. So Monday’s homecoming is a must for Ssion fans.

Famous local radio human Afentra’s No Costume Party, tonight at the KC Live event space on Grand, features as its headliner Grouplove, a purveyor of jagged indie-pop that aims for Arcade Fire-ness. But if you go, go early for Dilly Dally: The Toronto four piece peddles in the best possible modern version of Live Through This-era grunge, mad and slurred to the point of exaggeration and dragged through the mud. And they fucking slay live.

Saturday, Hipshot Killer, one of the city’s finest punk bands, takes to the, uh, concrete floor of Mills Record Company to celebrate the release of its contribution to the Too Much Rock singles series. We premiered the A-side, “All the Hell in the World,” earlier this month, and now you can get that sliver of vinyl in your hot little hands. It’s an early gig, and, as always at Mills, all ages and free free free. After that, head to Holy Cow Market & Music on Gillham to see locals the Bad Ideas open for Sweat Shoppe, the new project from members of St. Louis punk legend Ultraman.

If you’re still craving something loud Sunday, head to the Replay Lounge for Austin, Texas’ Lustron, whose dark noise-punk situation seems like it would rattle the freaking earplugs out of your head in the incredible shoebox that is the Replay. Side note: Do people still call the Replay “the Pre-lay Scrounge” nowadays? That was the best damn nickname for a place, but I was never sure how widespread the idiom was. (Disclosure: I was the least-intimidating Replay door guy ever during most of my time at KU.) If college kids don’t call it that now, they should. HEED MY ADVICE, YOUTHS. Local yokels Macemouth and Braingea open.