Cody Canada on the Departed’s ‘reboot’ of Soul Gravy 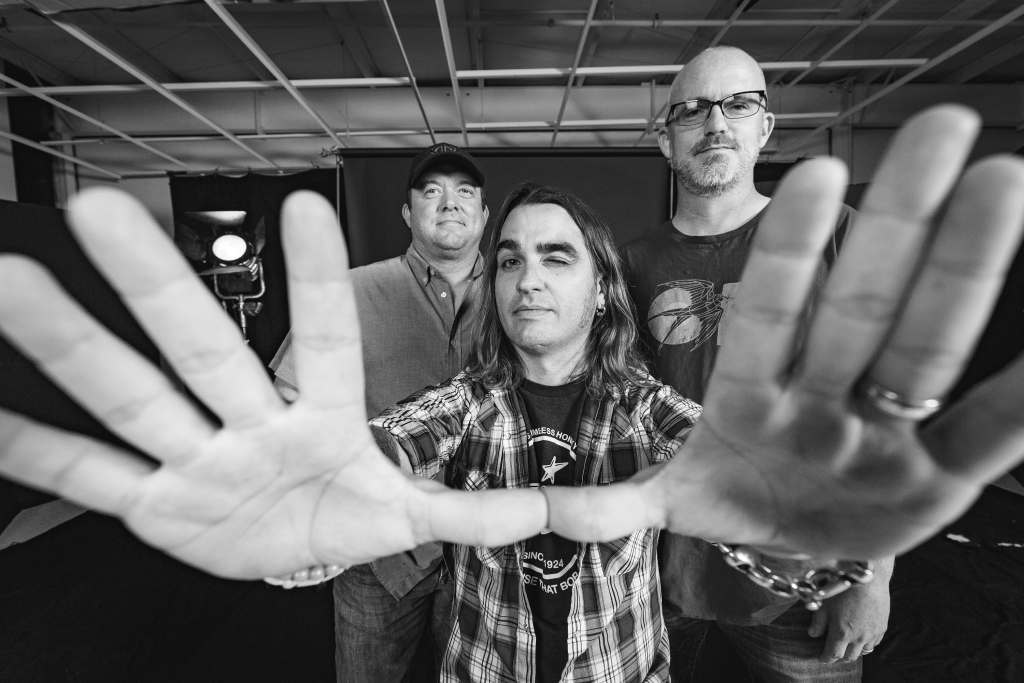 The Departed. // photo courtesy the artist

The sound of The Departed is familiar to fans of Cross Canadian Ragweed, but leans harder to the rock side of things. Over the last decade-plus, the band has released four albums of original material, with their latest being an interesting throwback to Canada’s former band.

Out at the beginning of July, The Departed’s new album is entitled Soul Gravy 2022, and comprises newly-recorded versions of the 2004 sophomore full-length from Cross Canadian Ragweed, Soul Gravy. Despite its widespread success, Canada was always slightly underwhelmed by how that record sounded and took the opportunities offered by the pandemic to finally craft the album into something he’d always hoped for.

We spoke by phone with Cody Canada about all this and more just after the new album’s release, ahead of their Thursday, July 14 show at Knuckleheads.

The Pitch: Since the release of the new version of Soul Gravy, it’s been great to go back and re-listen to both the original and the new versions side by side. It seems like you all had a lot of fun doing this.

Cody Canada: Yeah, we did. Like I’ve said before, I really wasn’t happy with the way tracks turned out in the beginning about the original version, so it was fun to go back and redo it just to really relive the memories of what the songs were about.

What’s also really interesting is that it meant you could listen to three versions of “Alabama” in a row, if you go back to the original from Highway 377. What does that song represent for you at different points in your career?

We were talking the other day about how many times that song’s been recorded. The song still stands up, you know, which is really cool. I guess the only thing that’s really kind of dated is the whole dial tone thing. I remember the first time my kids heard it. They were like, “What’s a dial tone?” But I guess it proves that some songs can be can be timeless.

I guess saying “timeless” kind of sounds cocky, but the song’s definitely held up me for the last 25 years. It’s really been a staple in my sets, for sure.

The new version of Soul Gravy continues with this trend of collaboration. Notably, on one of the singles you worked with Todd Snider. Then you brought back Leanne Womack and also have Randy Rogers on the album. What’s it like getting to welcome all of these people into your musical world to record and work with?

Working with Randy—we’ve known each other for so long. We live in the same town, so he’s always been right there if we ever needed each other, so we’re recording each other’s records. It was really just like having a pal, you know?

When it comes to Leanne, she’s been doing stuff with us for 20 years and it’s still crazy to me that I can call her or text her and say, “Hey, I’m doing this and I would like to have your voice,” and she never hesitates. Even if she’s on the road, she’ll say, “Gimme a day and we’ll sit up in the back of the bus and record the part.”

Ray Wylie Hubbard? He really has been kind of the OG, if you will. He’s really good to me throughout when it comes to advice in general. I mean, he’s a ball to play with, to be around, and to write songs with, but it’s really awesome to watch him work. If he doesn’t really like the song, he’s just gonna tell you. There’s some people that you drive songs with and they’ll say, “Well, what about this?”

Ray just flat out goes, “No, I don’t like that,” which saves a lot of time, you know? A lot of people are too nice. They don’t wanna hurt each other’s feelings. Just say, “No, I don’t dig that.” I feel like Ray has this everlasting coolness. He was just born with it and I feel like every year that passes, he does something a little cooler.

Now the guy’s like 76 years old. He’s had a hell of a career and he’s still going, so it’s inspiring to know somebody like that because that’s what I want to do. I wanna be like that when I grow up.

Getting to record Soul Gravy it in your own studio seems to allow you to do it exactly how you want, but it also makes for a nice return to where you wanted to be.

It does. We’ve been talking about the re-recording of Soul Gravy for years, and we built the studio just for the [livestream] shows, to do singles, and stuff. Brian Kinzie–our sound engineer, tour manager, and all-around dude–said, “You know, this is the perfect opportunity to do what you’ve been talking about for years.”

It was so nice to not know that we have to break down in five hours, load the trailer up in five hours, and go do a gig and then come back and reset. ‘Cause that’s the big thing–resetting, once you get the drum tones and everything, it’s really difficult for us. I’m sure it’s probably easier for somebody that’s be in the studio for their whole life, but it’s hard to reset all those drum tones and everything.

The guitar tones are easy. You just take a picture and set it the way you need to set it, but with the drums, we knew the way that they needed to be done. Once we got drums and bass down, that’s when it was my turn to dial in the amps the way I wish I would’ve done in the beginning.

It sounds like you’re right where you want to be right now.

I am. There’s a lot going on. I had two people in the business text me the other day who were like, “Why the re-release of this?” I’m like, “Well, it’s not a re-release, it’s a reboot. I’m not outta material. It’s just something I’ve been wanting to do for a long time.”

It is a singles world. I had a guy from LA tell me this probably three months ago—as I was getting ready to release this, I said, “What do I do about records?” I said I missed recording full albums, and he said, “If you’re selling millions of copies of records, then go make a full record. If you’re the kind of person that you are, and you’re doing 13-14 songs an album, and you’re not selling that many, people are gonna hear two songs and the rest are lost.”

Once I heard “lost,” that was it for me. It’s like, man, once again, we’re gonna to adapt to the world and it really has put me in a spot where it’s made me happier, because all those years with Universal South, they wanted me to make a new record with new material every 16 months. They need to be on the street every 16 months.

That’s a great idea and that keeps people wanting more, but I’m not the kind of writer that can do that. I have to sit down and work it, and rework it, and sometimes delete it, and start all over again. I can’t just spit it out, you know?

So doing singles, I feel like you can doctor each to sound the way you want it. Now my kids get to play on the records. I get to take my sweet-ass time doing the records, and I don’t wanna to overstep, but I just feel like it took 25 years to get where I’m established enough that I can do it my way.

The Departed play Knuckleheads on Thursday, July 14. Details on that show here.