Code Orange’s Jami Morgan on Underneath, horror aesthetics, and touring with Korn 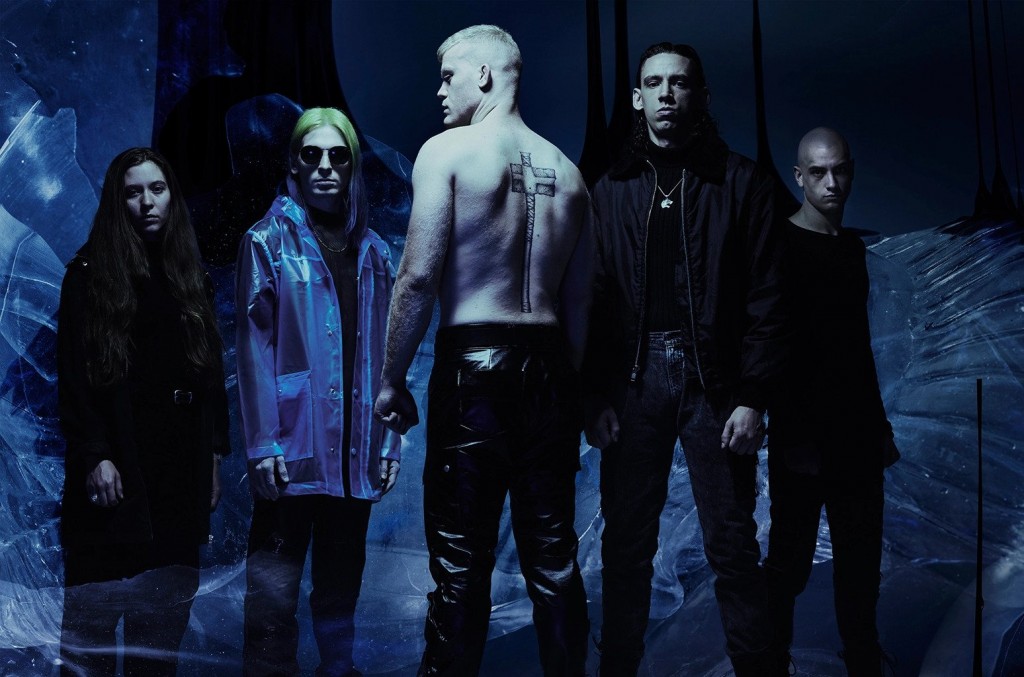 Code Orange is a band that refuses to stop evolving. Since the Pittsburgh group’s core members first convened as teenagers in 2008, each progressive release has seen them incorporating new sounds and imagery, with each album more ambitious than the last.

What was once a scrappy punk rock band playing VFW halls and basements has become a hybrid metalcore juggernaut that has signed to Roadrunner Records, earned a Grammy nomination, and opened tours for iconic acts in the field, like Slipknot and Deftones.

We recently spoke over the phone with the band’s vocalist/drummer Jami Morgan about their 2020 album Underneath, their new single “Out For Blood,” livestream concerts during the pandemic, and their huge new tour with Korn.

The Pitch: Your most recent record, Underneath, has this kind of Matrix-style techno dystopia aesthetic to it. Do you think the next album will end up tackling a different territory?

Jami Morgan: I kind of look at it as different corners of the same universe. To me, Forever was a bit more of a psychological horror movie. Underneath is what you’re describing, a dystopian science fiction film. It’s still in that horror realm, but has the connective tissue of everything that we do.

On a song-to-song basis, I try to keep it as personal as possible and not try to get into some worldview that people don’t give a shit to hear. Our last record is definitely conceptual in a lot of ways. There’s a path of personal journey, which is song-by-song. I can relate each line to something personal, but I also have this kind of parallel idea of conceptual narrative.

I think our next phase is to explore something akin to the “dark arts,” but still with that horror realm connectivity. I Am King was kind of an embryo of that. But even I Am King has a continual arc in some ways, even though it’s definitely grown and expanded and changed. It’s not like some master plan situation. It will still live in the same universe—this kind of Code Orange universe that we try to create—because that’s just what I enjoy doing artistically.

With the song we just released, “Out For Blood,” I wanted to take what we love and boil it down to something more palpable and understandable.

The “Out For Blood” music video has a lot of cool slasher stuff going on.

We started with the catalyst of a vampire nightclub music video. What came out was closer to Jacob’s Ladder, Nightmare, or Hellraiser. It’s fun to get a bit on the nose and say, “This is what we do. If you’re new, welcome to the party.”

Having released a techno/sci-fi feeling album pre-pandemic, did that make your lockdown livestreams a bit more thematically cohesive with what was happening in the world?

COVID-19 felt completely insane, like a left turn. Dystopian science fiction themes come from real life, and you see them mirrored as time goes on. My relationship with technology affects my mind a lot, so I wasn’t trying to make this grand worldview point. I feel controlled and crazy around tech, and I’m not even that into it. Like, I don’t even enjoy it at all.

Yeah, you don’t spend a lot of time on Twitter.

Yet why do I feel like my mental state has been totally disrupted by it?

I watched the livestream concert you guys played that was supposed to be your tour kickoff, the day that all of the lockdowns began. I was really struck by that one moment where you spoke about how politicians and big business don’t care about you, and that’s how we arrived here. Was that all off the dome?

I was nervous about the idea that I have to just talk freely, especially with no crowd there. But I don’t know, that’s just how I felt. That’s just kind of how I feel. I knew getting into the nuance of that seems to be an argument that seems to just go in circles. This whole situation has just brought a lot of those ideas to the surface; that people in charge take care of themselves first and foremost over everything, no matter what they say or do and we were kind of seeing that play out in real-time for everybody and it has played out. It plays out all over the world in horrible ways all the time.

Was Korn important to you or your bandmates growing up?

I’m very honored to play with Korn. We definitely grew up a little more on the punk side of the fence and then kind of got into hardcore, metalcore, and metal through that. So I wouldn’t say when we were kids growing up they had a big impact [on us], but their sound had a big impact on a lot of bands that influenced us. And a lot of bands that influence us I’m sure had an impact on them. So on some level, but they’re one of the only bands of that stature [from] that time period that’s still really relevant and at the forefront and doing important things and trying to make records that are interesting to them. So I have a ton of respect for them.

You know, it’s kind of a case-by-case, band-by-band basis on who inspired us in that way. But yeah, I think they’re incredible. They’re awesome. I can’t wait to get out there with them.

I feel like a lot of the older metal and rock bands don’t get a lot of respect. It’s just like everyone has their own bubble and reality of relevance and coolness and correctness and facts even or whatever, you know? It’s talked about to death by everybody, but I think that metal bands often suffer from that in a way which is like people are like, “They’re still around?” They’re playing arenas and three-fourths of the ‘relevant’ artists aren’t and never will be. So it’s a pretty amazing thing. So I’m excited to learn from them.