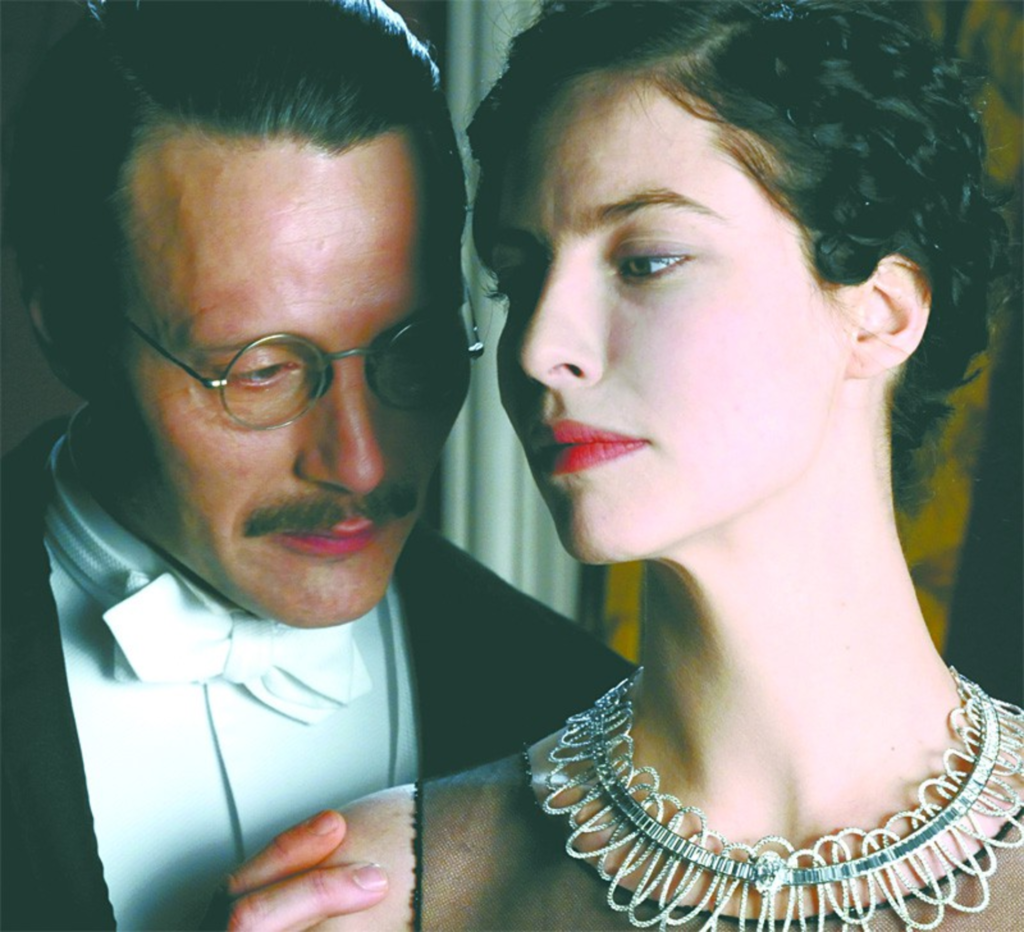 Two iconoclasts, whose contributions to their respective artistic fields left an indelible mark on the 20th century — did you know they used to bone? After a lengthy staging of the disastrous 1913 premiere of “The Rite of Spring” (the sole sympathetic set of ears in the audience belonging to the youngish Chanel), Stravinsky jumps ahead a decade. Lacking love, hotshot Coco (Anna Mouglalis) turns workaholic like a proper rom-com heroine; Igor (Mads Mikkelsen), an unpopular genius, is living in squalid exile. She invites him and his sickly wife and offspring to move in to her country estate, and soon the two artists are furiously humping on the piano. Lighted like a David Fincher music video and shot with a gliding camera approximating a wandering eye, Stravinsky strains to convince that its lascivious pleasures have historical import. In the film’s 1:1 correlation between erotic indulgence and creative innovation, hot, home-wrecking sex is justifiable only if it directly leads to the invention of Chanel No. 5.