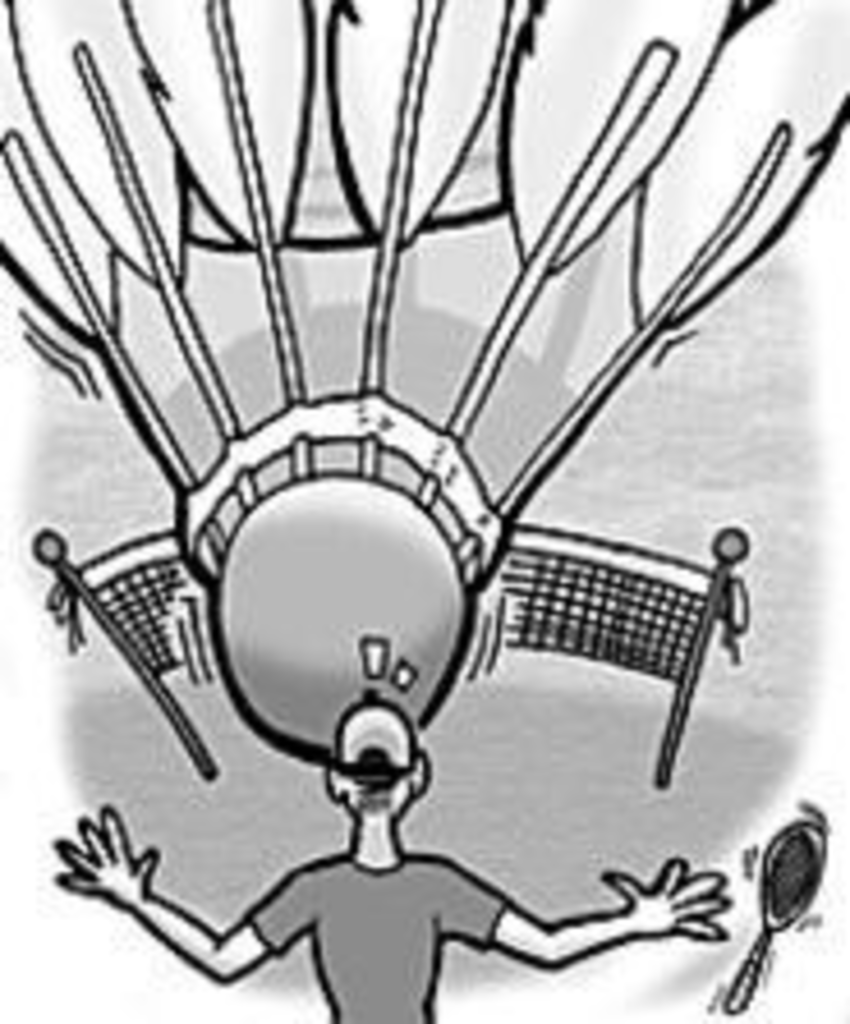 SAT 7/10
As avid fans of sports/not sports (i.e., any activity that can be played while drinking beer), we were excited to hear about the Nelson-Atkins Museum of Art’s badminton tournament to celebrate the 10-year anniversary of its shuttlecock sculptures. Starting at 10 a.m. Saturday, 32 teams of two battle it out on the south lawn at 4525 Oak in a bracket format. To the first- and second-place victors go trophies and birdie bragging rights. The festivities also include demonstrations, an open-play court and faux ‘cock tattoos for all. Rackets are provided, and recommended badminton gear includes shorts, tennis shoes and the T-shirts included in the entry fee ($5 for adult museum members, $2 for members 14 or younger; nonmembers pay $10 or $4, respectively), which also includes lunch and beverages. Call 816-751-1393 to register.— Jen Chen

Much Adu About Freddy

SAT 7/10
Freddy Adu is poised to be the savior of American soccer. That’s a lot of pressure for a kid who’s not even old enough to drive a car. Last year, the 15-year-old signed a $500,000, multiyear deal to play for the Washington, D.C., United. Though the teen phenom has yet to rack up impressive statistics, he has inked lucrative endorsement contracts with Nike and Pepsi. At 7:30 p.m. Saturday, the United brings its new forward to Kansas City to challenge the Wizards at Arrowhead Stadium (2 Arrowhead Drive). Adult ticket prices range from $13 to $22. Call 816-931-3330 for tickets. — Michael Vennard

She’s Ba-ack
KC Explorers hope for a Kourni-copia of wins.

SAT 7/10
We understand the worst team in a league gets the first-round draft pick, but did the Philadelphia Freedoms have to choose Patrick Rafter? We would have enjoyed seeing his mug plastered all over town as the Kansas City Explorers‘ marquee player. Instead, we got everyone’s favorite blond, leggy Russian, Anna Kournikova. The Explorers have secured her position on the team for a second year, back injury be damned. The Explorers host the Freedoms for the season’s home opener at 7:35 p.m. Saturday at the Plaza Tennis Center (4747 J.C. Nichols Parkway). Silvija Talaja, Alex Kim, David Macpherson and Rachel McQuillan make up the rest of the five-person team, which is coached by Paul Smith, head tennis pro at Mission Hills Country Club. Tickets are $35 and $65; call 913-362-9944 for more information. — Annie Fischer