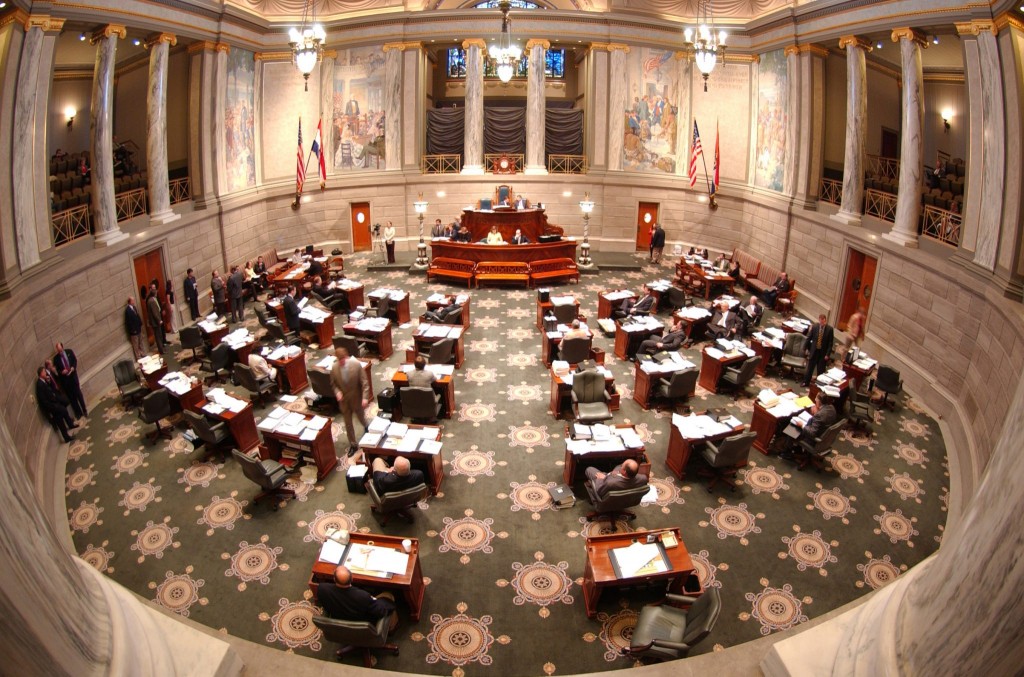 On one side were tyrannical oligarchs. On the other, petulant children.

Or at least that was the takeaway from the Missouri Senate’s day-long rules debate Wednesday.

Gathered for the legislature’s annual veto session, the demons that have haunted the upper chamber for more than a year didn’t take long to reappear.

The seven members of the Senate’s conservative caucus have been at odds all year with the chamber’s GOP leadership. The divisions bedeviled the regular legislative session in the spring, nearly derailed a special session this summer, and turned what was supposed to be a relatively quiet veto session Wednesday into a rhetorical brawl.

With only three months before the beginning of the 2022 legislative session, there’s little evidence that the fissure within the Senate GOP supermajority is any closer to healing.

“The magnitude of ignorance of things I’ve heard on this floor today is mind-boggling,” said Senate Majority Leader Caleb Rowden, R-Columbia. “We’ve got smart people in this room, but to just completely cast aside every ounce of respect for this chamber in the name of politics is absurd.”

It began with what seemed like a simple question: Who can call for a vote to override one of the governor’s vetoes?

The conservative caucus believes any senator can, so Republican Sen. Mike Moon attempted to make a motion to hold a vote to override.

Leadership believes only a bill’s sponsor can call for a vote, and Lt. Gov. Mike Kehoe, who presides over the Senate, refused to recognize Moon’s motion.

The chamber immediately descended into gridlock, with the rules fight serving as a jumping off point for a long-overdue airing of grievances.

Rowden shot back that Onder and the conservative caucus were turning the Senate into a “clown show,” later saying the chamber was being forced to take pointless votes to “appease children.”

“We just continue to try to cast aside rules and traditions because we want to pursue some other agenda and get before the spotlight and be seen around the world,” said Senate Appropriations Chairman Dan Hegeman, R-Crosby.

Moon argued it was actually Senate leadership who were flouting the rules.

“Just because of tradition, we don’t do our job?” Moon asked.

“You should respect the rules,” Rowden said to Moon. “If you don’t then leave.”

Both sides lobbed allegations that the other was playing politics. And indeed, a combination of U.S. Sen. Roy Blunt’s retirement and legislative term limits could mean a huge chunk of the GOP caucus is running for higher office next year — in some cases against each other.

“It’s clear we have a lot of people running for higher office in this building,” said Rowden, who himself is publicly considering a run for Congress next year.

Compounding potential problems for the next legislative session is the fact that Gov. Mike Parson has said he has no intention of calling a special session to focus on congressional redistricting.

That likely means that intra-party turmoil and political ambitions will run headlong into the need to redraw Missouri’s eight congressional districts, eating up valuable legislative attention during the early weeks of the 2022 session.

The likely winners in the scrum are Senate Democrats, who with only 10 of the chamber’s 34 seats benefit from any tumult within the GOP that slows down the legislative process.

It also puts the party in the position of being occasional kingmakers — joining one faction or the other to slow a bill down or provide votes to get it across the finish line.

On Wednesday, for example, Democrats were virtually silent as Republicans battled each other, then joined with the conservative caucus to vote in favor of overriding the governor.

“There is a majority in the Senate who are ready to do work on things that are not extreme,” said Senate Minority Leader John Rizzo, D-Independence. “There are six or so senators who continue to hold the chamber hostage and a leadership team that appeases them. When leadership is ready and willing to work with a bipartisan group, we are ready to go.”