Clothes Whores: Sean Malto’s got his own etnies 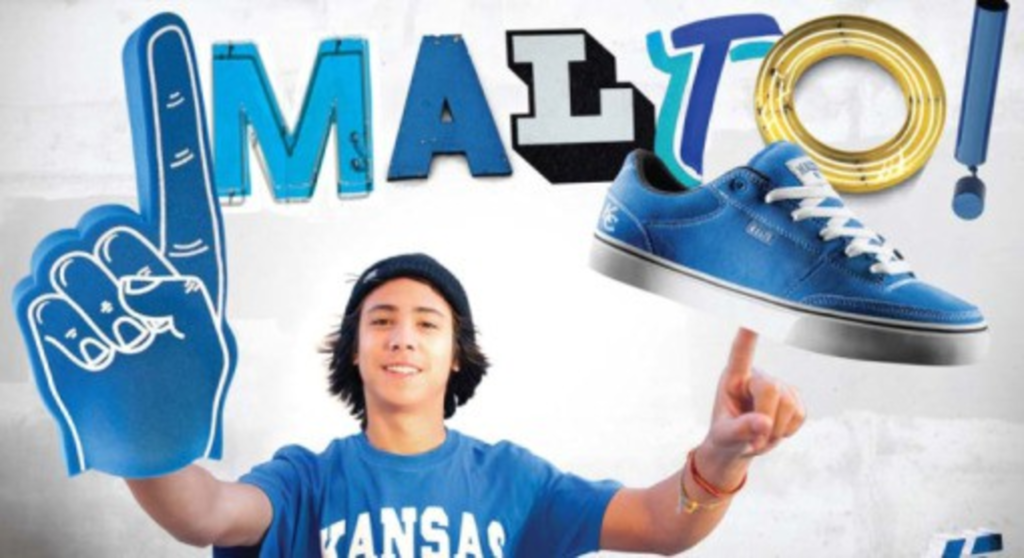 The 20-year-old skateboarder wasn’t named Thrasher magazine’s Skater of the Year (it went to Chris Cole, again), but so what? He has something in common with Tony Hawk now — his own skate shoe.

Etnies, the company that has sponsored Malto since 2007, flew him out to its Lake Forest, California, headquarters a little more than a year ago to start working on a custom design.

“Obviously, from skating, you know what you like and what you don’t like,” Malto says of the process. “Say I liked the toe of one shoe and the back of another shoe, we’d combine those. Then we’d say, ‘Let’s change the stitching.’ They also have designers hired for that, who say, ‘OK, you should change this to make it better,’ so it was kind of a group effort.”

Malto’s etnies come in Royals blue with a “KC” stitched on the back. He also has a Chiefs colorway that’s red with a white trim and a yellow sole.

“My first board was a Girl board, and it was blue for the Royals,” he says. “It’s just a given for all my boards, all my shoes. I always have KC colorways. I love representing Kansas City.”