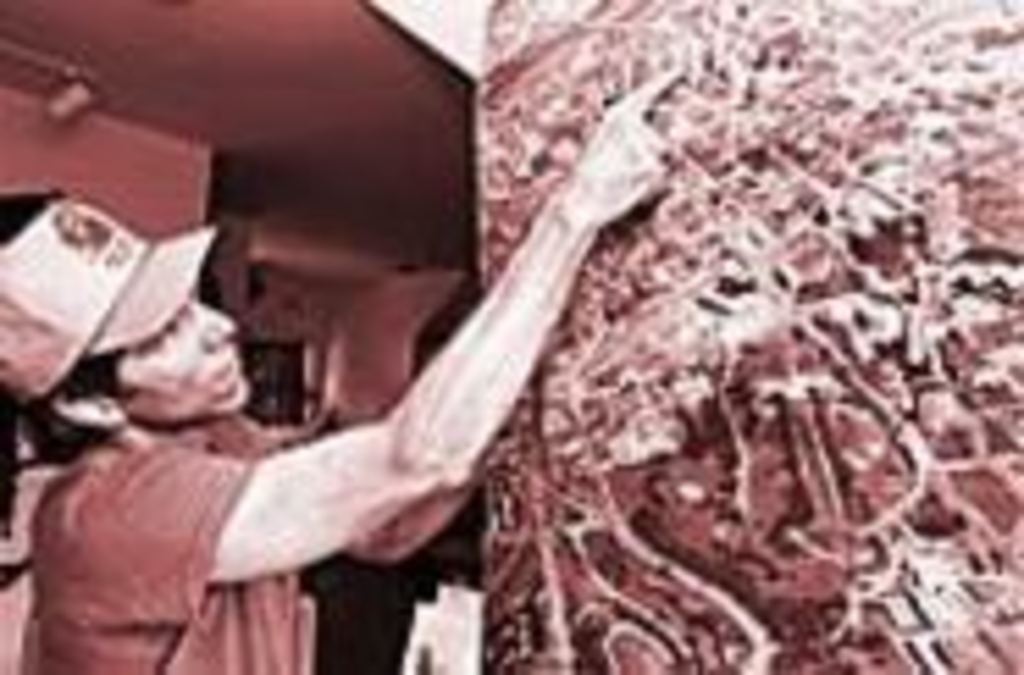 Clay Chastain wants to put light rail and a Penn Valley Park proposal before voters in November
Kansas City’s original iconoclast of conventional thinking, Clay Chastain, says he “went into seclusion” after his last ballot initiative for light rail was defeated at the polls last November. Demoralized, he said he wasn’t going to put himself on the line anymore. Chastain sold his house, traveled about the South looking for a new home, found a place, but then chose not to leave Kansas City. Apparently, Chastain likes putting himself on the line, or in the spotlight, depending upon your opinion of him.

“I decided to undertake the dirty work to move this city ahead with light rail,” he says. “If we don’t do this now, we will never do it. Kansas City will continue to sprawl, people will continue to have to drive and pollute, and this city will become nothing.

“I would go to the store or out to a movie. People would tell me, ‘Hey, we need a guy like you in there.’ I became convinced that I had to do this one more time. It will be a presidential election this November, with a large turnout. I feel we stand a good chance of getting this thing through.”

Chastain’s erstwhile hideaway is a remodeled attic in what used to be his own house. The light is good, trees sway outside the windows, and the air flows freely through the place — a near-stereotypical independent thinker’s abode. Chastain reaches behind a table and pulls out an aerial photograph of Kansas City. The edges are worn and mended with tape. He holds a board aloft and begins to explain his plans with the enthusiasm of a fundamentalist preacher. “What this city needs is a comprehensive transportation plan,” Chastain says, “a visionary idea for the development of this city that will make it a world-class city.”

He has said this before — many times. Chastain’s plan this round includes imposing a 20-year, one-half-cent capital improvements sales tax for construction and operation of a 32-mile light rail line that would run from Waldo in the south to KCI, with a spur running from the Plaza to Bruce R. Watkins Drive. One-third of the tax, he says, would come from out-of-town visitors and regional residents shopping in Kansas City. The proposal also includes a transit station at Broadway and Pershing to connect passengers from the proposed Johnson County commuter rail to the light rail system he envisions.

“Federal estimates of light rail starts run from $20 million and $40 million per mile,” he says. “Using existing right-of-ways, we avoid a lot of condemnation and can do this for about $30 million a mile.” In the light rail petition language, Chastain pegs the cost of light rail at $980 million. The sales tax, once imposed, will form a solid match for federal funding and continuing operations, he says.

Chastain’s “suggested route” includes the Country Club trolley right-of-way from south of 85th Street and Oak to the Plaza. From there, the proposed line runs up Broadway, through Penn Valley Park, to 12th Street and then to Oak. The line would then cross the Heart of America Bridge on an elevated track to meet north of North Kansas City with a city-owned right-of-way (formerly an interurban line) parallel to I-29 to KCI.

“With this plan, we connect east and south with the Northland, where much of Kansas City’s future development will take place,” he says. “We have the opportunity to shape that development now, prevent a lot of sprawl, bring together the north with the south. The east side is also represented here, and that is the most neglected part of the city.”

During his months of seclusion, Chastain also developed a second petition initiative to renew the half-cent Liberty Memorial sales tax and put the money into re-creating Penn Valley Park sans car traffic — tearing up some roads and using others for jogging, pedestrian, bicycle, and carriage paths. The proposal calls for new ponds, fountains, and sculptures; a Ferris wheel; and a gondola system from Union Station to the Liberty Memorial. His idea, he says, “will spur development all around the park. Do you drive in Central Park? It (Penn Valley) is not that kind of a place, and it is one we could have here.”

Chastain says he came up with the park plan because city leadership has done so little to give life to the inner city.

Both petitions reinforce the notion of Chastain’s being an isolated activist, critics say. In the past, Chastain has been rigorously uncompromising, working with a small cadre of devoted petitioners. He says his public support is indicated by petition signatures. Critics point out that Chastain did not work with others developing his park and light rail proposals before he took them to the public. Chastain says he simply has little interest in what the establishment wants.

Warren Erdman, Kansas City Southern Industries CEO and Regional Transit Alliance (RTA) chairman, says Chastain’s transit ideas would go a long way toward formulating future transit policy if he worked with the city and with the RTA, a 600-member transit advocacy group modeled on Citizens for Modern Transit (CMT) in St. Louis. “Visionaries are most successful when they find community consensus,” Erdman says. “By himself, Clay does not accomplish much. Clay has brought an important issue to public debate and keeps it there; for that we are grateful. But at this point, if everyone goes off on their own, and there is no effort at consensus, we are running from one string of ideas to the next. He may have good ideas on his own, but they won’t go anywhere unless more people are on board.”

Erdman points out that the CMT was able to push an agenda that put the long-planned MetroLink light rail onto tracks. Although the line has recently run into problems funding continuing operations, suburban communities argue among themselves over who will get the system’s next extension.

The RTA has no membership dues and is open to anyone. Erdman says Chastain has made one presentation to the group. Chastain says, however, he was never invited to work with the RTA. One of his compatriots, Bob Schweiger, is an RTA member. Schweiger passes along notes and tapes of RTA meetings to Chastain, who says he’s been unimpressed with the information coming to him.

The city is also at work on transit. City planning officials, consultants, and private citizens participating in the Central Business Corridor (CBC) Study are looking at financing, routes, transit technologies, and economic development for some sort of fixed-guideway system that may include light rail. “This effort will produce a system,” says Tom Nelson of BNIM Architects, the city’s consulting firm for the study. “Fixed-guideway systems have been successful in cities like Kansas City already. It depends on who you talk to, but these systems have done things for the cities, and the people really like them once they are in place — and then they want more. This has happened in Dallas, St. Louis, and San Diego. Like Dallas, we are dominated by the automobile and have a low-density city. If it can work in Dallas, it certainly can work here.”

But Chastain objects to the CBC’s and RTA’s use of the term “fixed-guideway.” Such a system could include a number of technologies, including electrified buses and mini-trains on rubber tires, and not specifically light rail. Joe Perry, of the city Planning and Development Department, heads the CBC Study. He says the technology committee has already looked at 28 hybrids of technologies, including light rail.

“This is very broad based,” Perry says. “We looked at the pluses and minuses of each technology. I cannot say for sure, but I believe the committee will have found that light rail and a couple of rubber-tire options (buses with their own lanes separated from other traffic, electrified buses, or rubber-tire mini-trains) are most appropriate in this first phase.”

Erdman says the community has issued a “very strong, specific call for action in fixed-guideway transit development that serves as a transit vehicle for the urban core and those who want commuter rail. There is a strong focus on state and federal funding, and how they should be harnessed for construction and operation subsidies. We also need improvement on the existing bus system with marketing. Then, with any fixed-guideway, there is permanence, and opportunities for economic development arise at station sites. We are also considering using commuter rail instead of highway expansion.”

The result of present RTA efforts, Erdman says, “will be a detailed advocacy program before the CBC issues their document. What the CBC is doing is a mammoth planning study that will have to go to the public for required input for federal funding. The RTA is intent on submitting its agenda to the CBC and influencing the outcome of the study. Chastain, if he were to bring his ideas to the table, could have a direct influence on what the city does in the near future.”

Chastain, however, seems unmoved by calls to participate and intends to move forward with his petitions. “While the city plays around with yet another study of an issue that has been studied to death, and the RTA sits around talking, I decided to take action,” he says. “We need to move on this thing or it just won’t happen. We need to be progressive, forward-looking, and visionary.”