Cleaver & Cork is more like Pork, Pork & Pork. And that’s fine (and affordable) 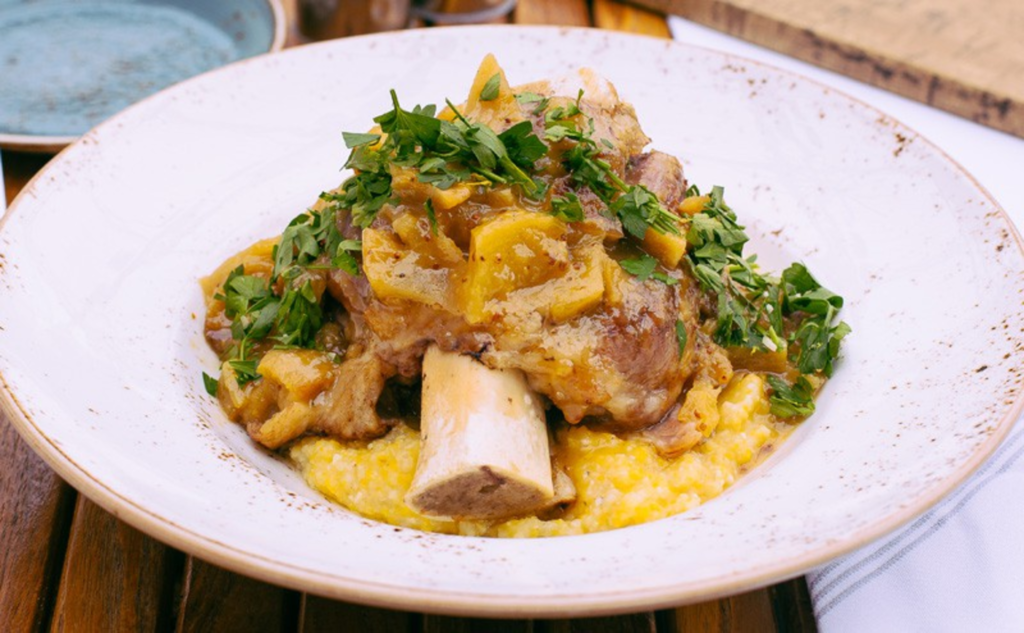 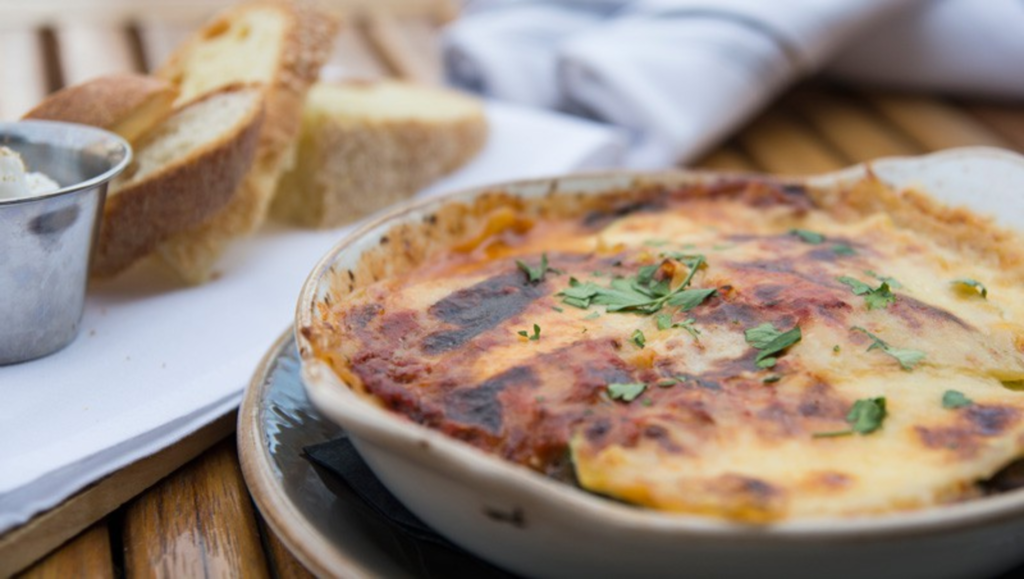 If we can agree that a restaurant which primarily serves grilled beef is a steakhouse, I’m telling you that the six-month-old Cleaver & Cork is a porkhouse.

In the Power & Light District space that initially held Maker’s Mark Bourbon House & Lounge, chef Alex Pope (of the Local Pig butcher shop, food truck and restaurant) has erected a porcine temple. Yes, there are steaks on the menu — the P&L means to please tourists, after all — and even one meatless offering, but pork hogs the lunch and dinner offerings. Very, very good pork.

Consider the BLT here. Pope’s benediction of the saloon staple involves a crunchy fried green tomato, two thick slices of braised Local Pig bacon, spicy arugula (perish the thought of iceberg) and a swipe of sweet-hot-pepper jelly. (The bread is Farm to Market.) I’ve eaten more unorthodox reboots of what’s really a simple sandwich, but I haven’t had one this delicious in a while.

Closer to heretical is Cleaver & Cork’s osso buco, which sets aside the traditional veal shanks in favor of pork that’s as tender, if not as meaty, as the usual dish. This doesn’t count as innovation — many local chefs now use pork because it’s cheaper than veal. But the preparation is artful, and the addition of roasted apples helps make up for a soupy polenta.

The menu here says a lot about the current dining moment. Cleaver & Cork is not outrageously expensive, its dining room isn’t formal, and its service is attentive but erratic. (A waiter on one of my visits had the introductory spiel down so effectively that it came across as a performance, distancing and chilly.) It’s more refined than a typical steakhouse, including the long-forgotten KC restaurant Cork & Cleaver, which, on its sign, promised “beef and booze.” But our idea of refinement has changed: The sign outside Cleaver & Cork reads, “Fine food and hooch,” the hungry public having largely forgotten that hooch’s original coinage signaled cheap rotgut, not the trendy spirits that go into this place’s smart cocktails.

Alex Pope, billed here as culinary director, got a lot of media attention when this venue opened, leading more than a few people to believe that Cleaver & Cork is his restaurant. It isn’t, but managing partner Eric Willey stresses that Pope’s involvement is ongoing.

Some of Pope’s dishes are already perfect. A “lasagna” of layered sliced zucchini and oyster mushrooms, baked en casserole with house-made ricotta and a delectably fresh marinara, is the one meatless choice on this carnivore-courting menu, but it’s an omnivore’s delight. The mushrooms lend the dish an almost meaty heft, and a flavor to fairly rival the finest of the flesh here. And I hope that there’s no fine-tuning of Pope’s picnic-style pork shoulder, slow-cooked to pure succulence, swathed in a glossy bourbon barbecue sauce and sided with braised red cabbage and cornbread. It’s the best Sunday supper I’ve ever eaten on a Thursday night.

Almost as comforting is a dish that has been a staple of Pope’s repertoire for years: his Local Pig sausage soup. It’s a fragrant and hearty concoction of mildly seasoned sausage, potatoes and mushrooms tucked under a slice of baguette blanketed with melted cheese.

Given that the previous tenant was a more traditional steakhouse (one that wasn’t very good and thusly failed), Cleaver & Cork’s team must feel compelled to think outside the box in a neighborhood not known for originality. But if some of Pope’s creations earn high points for ingenuity, plenty of others are built for mass appeal. That’s fine. I’d almost always chalk up demerits to those who get unnecessarily creative with roast chicken or smoked rib-eye. Those dishes should be simple comforts, as they are here.

On the other hand, a smoked vanilla crème brûlée suggests that Pope may be overdoing the whole wood thing. And a dish of fried brownies I sampled looked like meatballs lolling in milk-chocolate sauce — a visual miscue but as tasty as you’d expect a fried dessert to be.

I prefer Cleaver & Cork’s icebox pie, a successful resuscitation of a 1940s home-kitchen favorite. The night I tried it, I found the creamy center and the salty pretzel crust divine. The pie came smothered in a thick glaze of fresh peaches and was delicately drizzled with jalapeño syrup, a hint of peppery heat that precisely complemented the sweet, supple fruit.

Cleaver & Cork is a definite step up in class for the Power & Light District (though Willey’s confession — or boast? — that the restaurant has become something of a hot spot for weekend bachelorette parties gives one pause) and an even bigger step forward in food quality. It’s an ideal marriage of pork and Pope, and even the piggiest P&L holdout has good reason to come witness it.